Every year in June, when carnivals and festivals are popping up across the United States and people begin celebrating summer, there is another festival on the other side of the world that has a malicious and sinister theme- the slaughter and sale of thousands of dogs and cats as meat. The Yulin Festival in China marks the summer solstice, and the festival is equal parts superstition and celebration. As we get closer to the date, it is vital that those responsible for this atrocity end it.

The Yulin festival began in the early 1990’s, filtering out from the country side into the larger cities in China. In Chinese lore, dog meat is accredited with raising internal heat, helping people to fight off the winter chill. It is still considered a source of good luck and health. In order to prove the freshness of the meat, most of the animals are slaughtered in the street in front of festival goers, a sign of “quality.” As the traditional dish of dog meat, lychee fruit, and liquor is prepared, the entire area surrounding Yulin can smell of boiling canines.

It’s not just the consumption of the animal that has led to international protest. The treatment of dogs and cats leading up to the festival, and the way in which they are procured, is equally horrifying. Roughly 80,000 dogs are shipped in each year from farms in South Korea and Thailand. Animals are bred for this festival (and for meat year round), and raised in the most obscene conditions. There is also widespread evidence that dogs are kidnapped from yards and public areas to be transported to China for the festival. 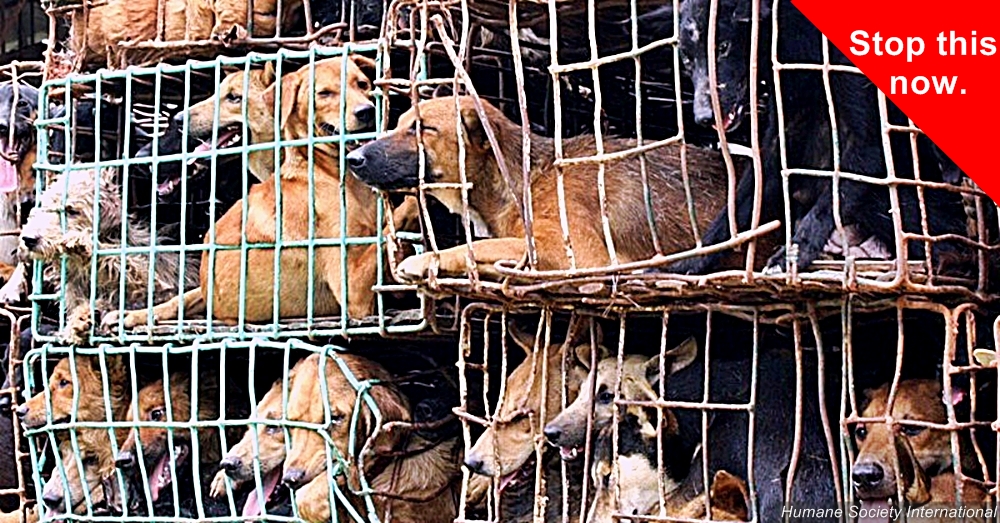 Many animals don’t survive the cramped conditions, extreme heat and dehydration, and the malnutrition that defines their brief lives. A member of Humane Society International was able to tour a number of slaughterhouses leading up to last years festivals, and he recalls a truck delivering animals from the country side, and saw a “crate…packed with exhausted cats and a dead kitten, born prematurely, was lying outside the crate. An adult cat inside the crate tried repeatedly but in vain to reach for the dead kitten.” That description alone is enough to turn anyones stomach, but that was far from unusual. Those that survive the brutal capture and transport may be subjected to an agonizing death by some restaurant owners who believe the adrenaline makes the meat taste better.

In recent years, this festival of horrors has gained more and more attention, especially with celebrities like Ricky Gervais and Barbra Streisand decrying the event and encouraging the public to help stop this sanctioned massacre. The Chinese government has been making amazing strides in shutting down other festivals across the country, but Yulin remains, partially because the city refuses to admit to the festival is even happening. The mayor of Yulin released a statement last year admitting that there are small, local festivals, but that “The so-called summer solstice lychee dog meat festival does not exist. Neither Yulin government nor social organizations have ever held such activities.” 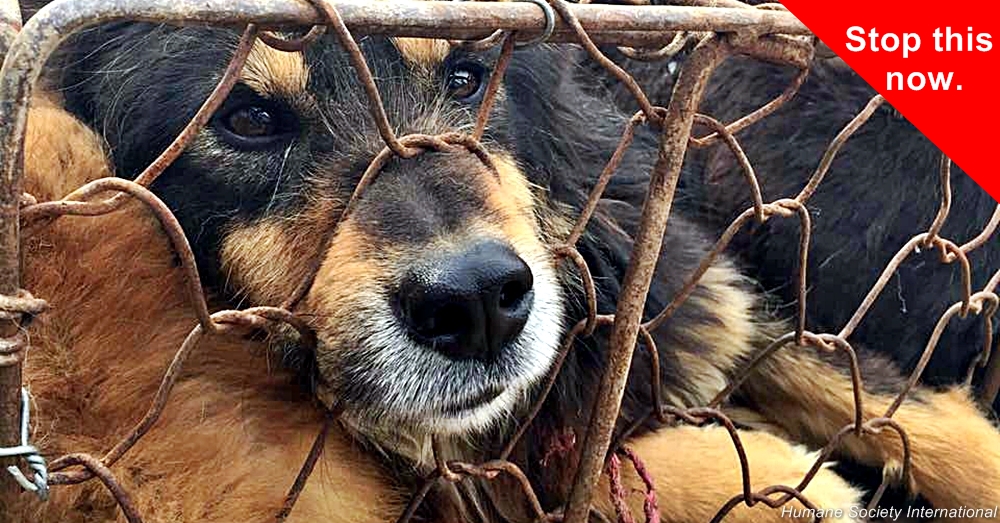 Humane Society International has taken point on ending the festival in Yulin during the last few years, attacking the problem from a number of angles. Volunteers will purchase dogs from the live meat markets and find them homes. HSI assists local governments and activists to provide care for rescued dogs, and spreads awareness through numerous public service campaigns. Now, millions are making their voices heard and are standing up against this atrocity.

GreaterGood has taken up the cause as well, and while the response was incredible last year, we want to do even more this year. There are numerous ways to help. Whether contributing to HSI’s fight to stop the Yulin festival, supporting dogs that are rescued from the meat trade, or simply making your voice heard, every bit helps. Shockingly, the practice of raising dogs and cats for food is still alive and well in the United States as well, yet another practice we can all help stop. Hopefully we can make this the last year the Yulin festival occurs!

You can take the first step and sign the Humane Society International’s petition to tell China to put an end to the Yulin Festival. You can also donate and help them keep fighting to free these animals from such barbaric cruelty. 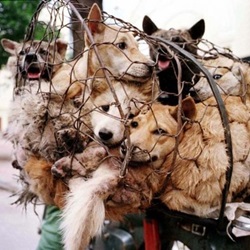