A couple was out on their daily kayak trip on Lake Hefner near Portland, when they noticed something bobbing in the water up ahead. They were not prepared for what they found. It broke their hearts and shocked them.

Monika Stewart and her husband, William go kayaking on the lake almost everyday. They are used to seeing animals and usually take their phones to capture the beautiful creatures. “We see unusual things like otters and minks up in the rocks, so it’s really nice,” Stewart tells Oklahoma’s News 4. 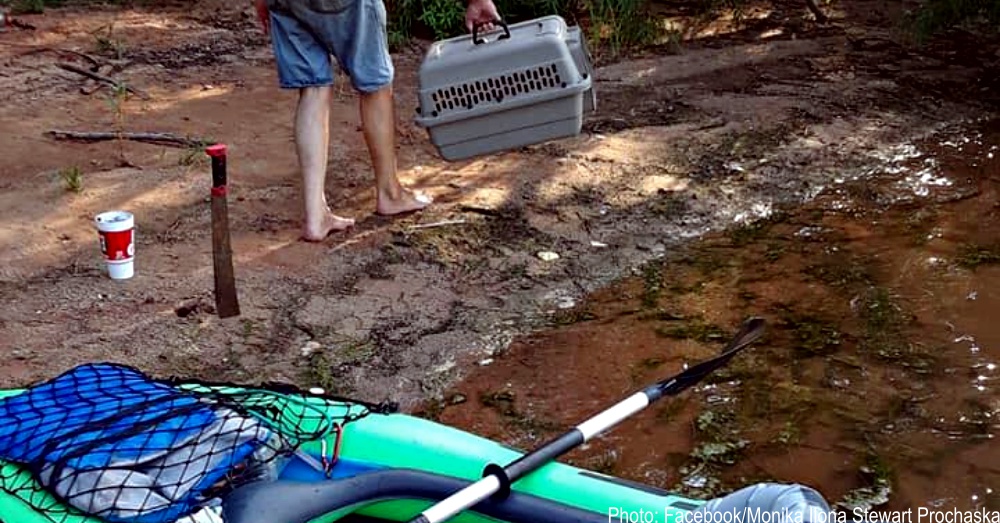 They spotted the dog crate and brought it to shore, not realizing what they were about to find. Inside was a dead Yorkshire that had drowned alongside his food bowl. The couple had seen some hungry and neglected dogs before, but never anything like this. “The gate was locked on the cage, and he didn’t have a chance to even get out and swim to shore.”

The dog had a collar on but no id tags. It appeared the dog had died recently. Stewart took pictures for evidence to help investigators. They could not stand for the innocent dog to be in the sun, so they buried the dog. Distraught Stewart said, “You could have just opened the cage and let it out. It would have had a chance, but I just can’t get over that.”


Investigators are looking into the dog’s death. The monster that did this needs to be found and prosecuted!