The competition took place in Petaluma, California. The 13 contestants included a range of dogs that were hairless, had underbites, lolling tongues, and unusual looks. A red carpet was rolled out for the dogs to show their looks to the judges. Megan Brainard, owner of Zsa Zsa, was confident the judges would pick her dog as the winner, so she drove 30 hours from Minnesota. 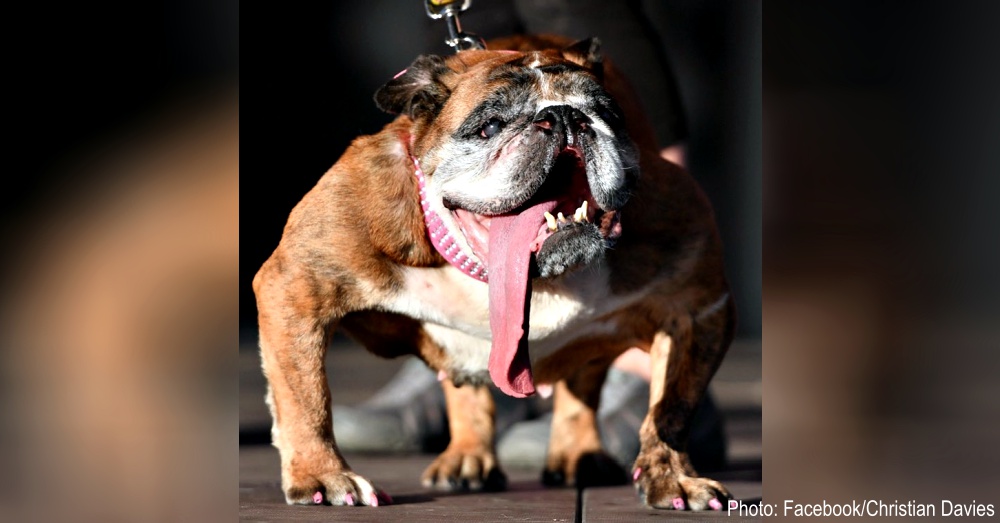 Brainard adopted Zsa Zsa from an online pet finder after a rescue saved her from a puppy mill. New York Times states, “After spending five years in a puppy mill in Missouri, she was put up for auction and bought by a rescue group. She was then adopted by Megan Brainard of Anoka, Minn.”

Not a title most pet parents would desire, however, the event is about promoting adoption from shelters and celebrating all dogs.

Even though Zsa Zsa was competing for ugliest dog, she was still dazzled in a sparkly pink collar. The contest was based on looks – but Brainard believes Zsa Zsa’s personality influenced the judges. She told New York Times, “She was eating part of a Slim Jim on the table and just sneezed all over them and was drooling on them.” Zsa Zsa received $1500 as a prize, along with a title and huge trophy.

Watch her win in the video below.