Individual sea turtles are long-lived, much like their species, which has been around since the time of the dinosaurs. Unfortunately, these majestic creatures who have graced our oceans for millions of years are now endangered, largely due to human activity. As part of World Sea Turtle Day – June 16th – learn more about these marine animals and what you can do to help.

There are seven species of marine turtle, six of which are at risk of extinction. The seventh – the flatback – hasn’t provided scientists with enough information to know how their population is faring. All six species found within the United States – green, hawksbill, Kemp’s ridley, leatherback, loggerhead and olive ridley – are protected under the Endangered Species Act. Kemp’s ridley is the rarest of all, with just one nesting area near Rancho Nuevo, Mexico. In 1947, 40,000 turtles nested. By 1981, that number was down to fewer than 500.

While turtles primarily live in the water, females lay their eggs on land, migrating up to thousands of miles to get to their nesting sites from their feeding grounds. The record for furthest traveled turtle was a female leatherback who covered nearly 13,000 miles over 647 days to get to the American west coast from Indonesia.

Despite these efforts, most sea turtle hatchlings are unlikely to survive for long. Only about one in 1,000 will successfully navigate the natural risks of predators and the unnatural risks of things like marine plastics to reach adulthood. If they do reach adulthood, they can be downright massive. Leatherbacks, the largest sea turtles, can reach shell lengths of six feet and weigh in at 1,400 pounds. The world record is much higher. In 1988, a leatherback was found in Wales that weighed nearly 2,000 pounds and was more than eight feet wide flipper to flipper.

Though turtles have survived for 110 million years, they now face many human-caused threats, including bycatch in fisheries, being killed for their eggs, entanglement in marine debris, vessel strikes, damage to their nesting and feeding grounds due to coastal development and pollution, and climate change. A lack of turtles could spell further disaster for the oceans, as they help maintain the health of seagrass beds and coral reefs. They’re also an important draw for communities that depend on ecotourism.

Apart from paying homage to turtles by sporting some cool turtle gear, how can you mark World Sea Turtle Day? The organizers give a few tips. Limit your use of plastics, which marine animals can confuse for food. Reduce your carbon footprint to help promote healthy oceans and nesting beaches. Check out Monterey Bay Aquarium’s resource for finding responsibly caught seafood. Avoid buying items made from hawksbill turtles’ shells. Be sure to leave no trace by taking all your waste with you at the beach. Finally, if you live in a place where you can see sea turtles, do so! Just make sure you don’t touch them or take selfies with them.

Another option? Help GreaterGood get supplies to rescued turtles! 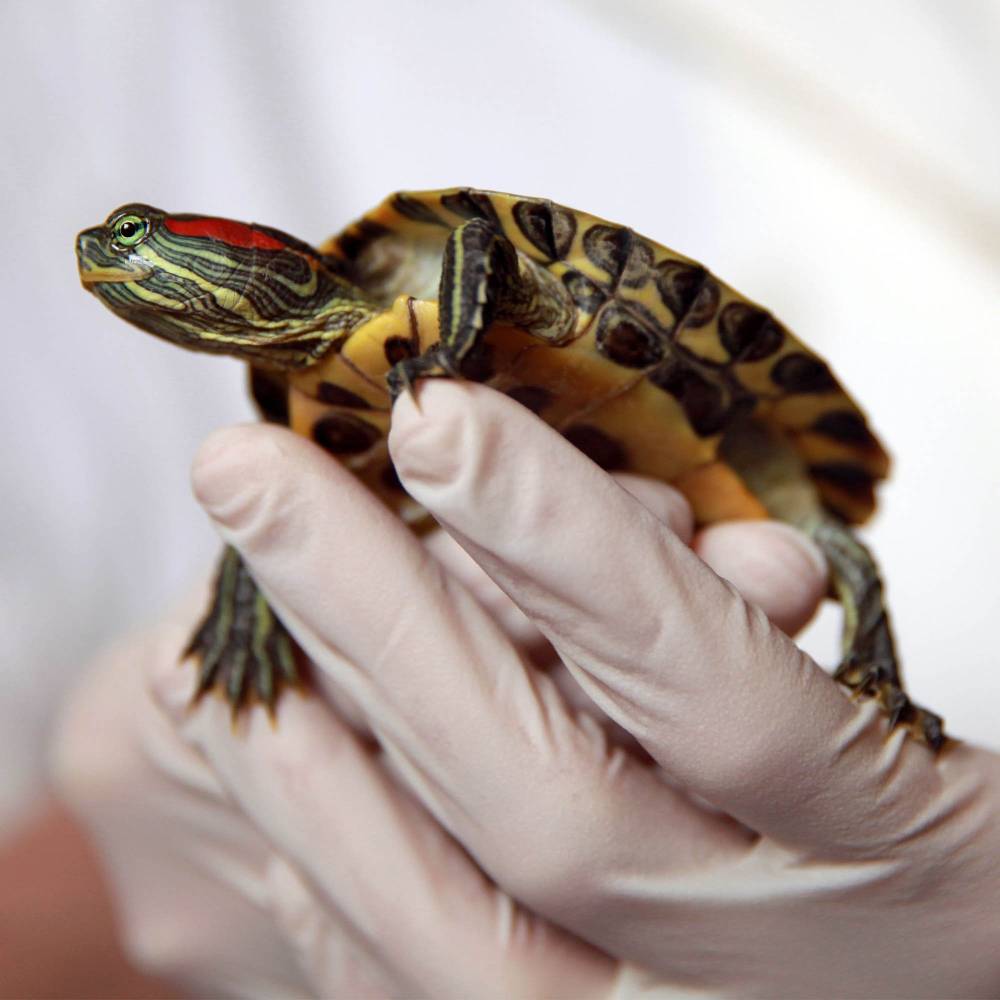 Turtles face dangers in the wild. They can eat garbage, get trapped in it, or become injured by another animal. They can also be hurt in natural disasters. When that happens, they need help right away.

Rescues can provide shelter, heat, and medical assistance when these animals need it the most.