Hurricane Florence brought catastrophic amounts of rain and powerful winds that claimed many lives. As the storm approached North Carolina, horse-lovers expressed their concern over how the wild horses on the Outer Banks would handle the harsh conditions. The herds simply relied on their instincts to keep them safe.

Horses are intelligent animals that have adapted to their environemnt for hundreds of years. Being a prey animal, they are constantly on guard and are aware of the slightest changes. Those little changes could alert them to a predator or an environment change. 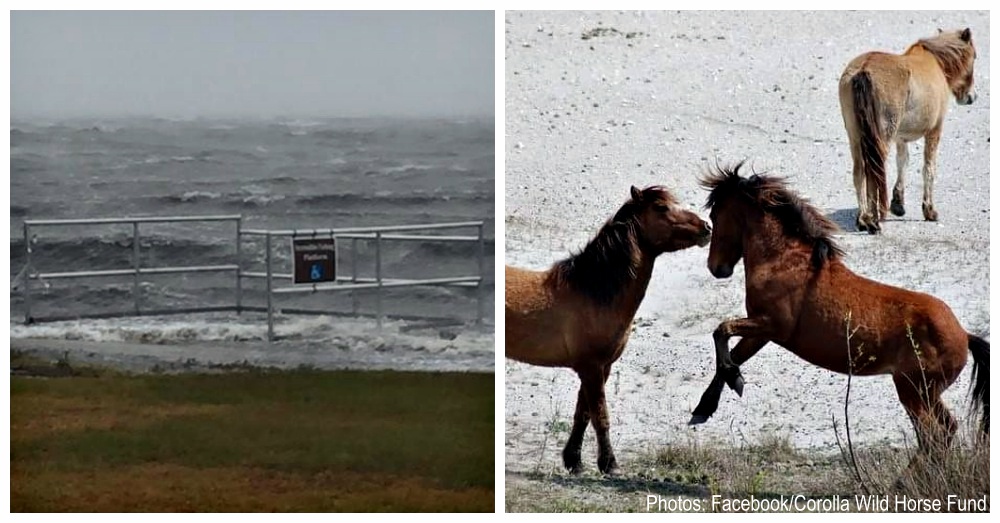 The wild horses sensed that a storm was coming days before the predicted Category 4 storm hit the state. Non-profit groups that care and look after the horses reassured the public that the horses would be safe. The herds headed to higher ground and huddled together in groups.

Corolla Wild Horse Fund (CWHF), one of the groups that manages the wild horses, posted on Facebook before the storm, “The horses have lived on this barrier island for 500 years, and they are well equipped to deal with rough weather. They know where to go to stay high and dry and are probably in better shape right now than most of us humans who are scrambling with final preparations.” 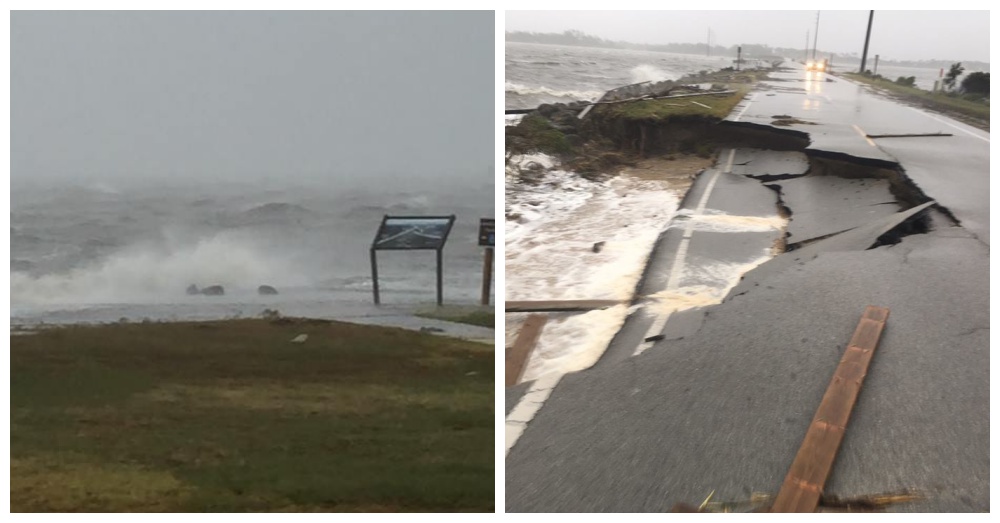 They found areas that provided protection and were high enough to avoid the flooding. Their instincts proved to be right again, because all of the horses reappeared after the storm unharmed. They have resumed their normal grazing habits as if the storm never occurred.

Meg Puckett, Manager of the herd for CWHF, told The News & Observer, “They are survivors.” 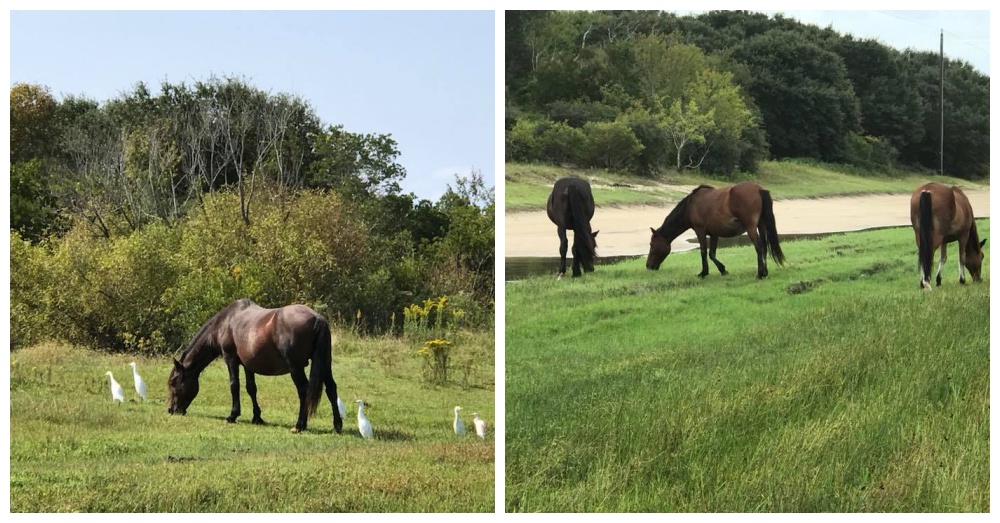 “Here on the northern Outer Banks we are breathing a sigh of relief today. There may still be some coastal flooding over the weekend but nothing worse than a regular storm or nor’easter. These photos were taken this morning. As you can see, the horses are doing their normal thing – grazing, socializing, and wondering what us crazy humans are all worked up over,” posted CWHF. 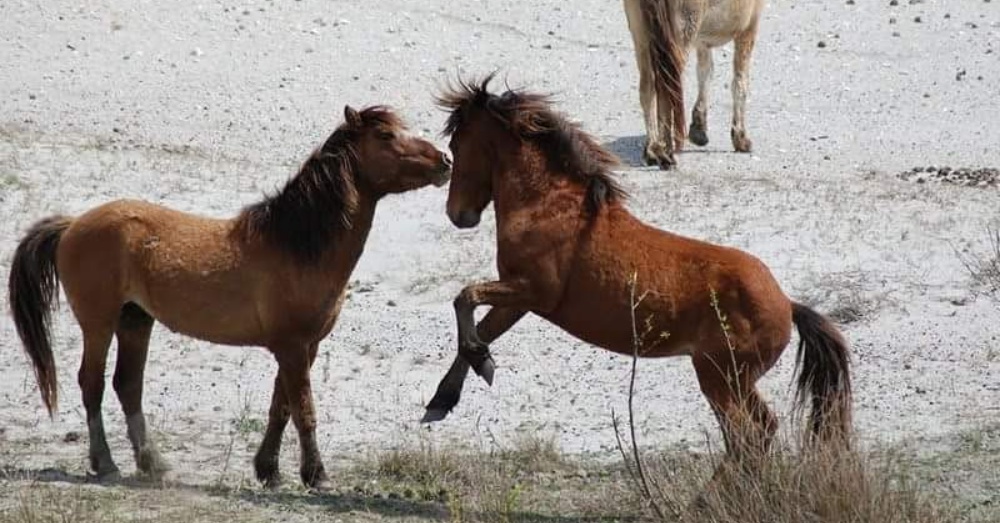 Other wild horses located on Shackleford Banks appear to be doing well with over 30 spotted after the storm. However, the island is uninhabited and it is only accessible by boat. Once the weather conditions improve and it is safe to go to the island, there will be an update posted by Foundation for Shackleford Horses.

Terrified Wild Horses Are Being Chased By Helicopters That Hover Just Above Their Heads: Click “Next” below!