Three men were driving on a road in Patagonia when they noticed something in the field that caused them to stop. As they approached the strange object, they realized it was a wild horse that was tangled in a wire fence.

Without hesitation, two of the men slowly walked up to the horse. Naturally, the horse was frightened but eventually calmed down. One man stayed by the horse to comfort him while the other went to free his leg. 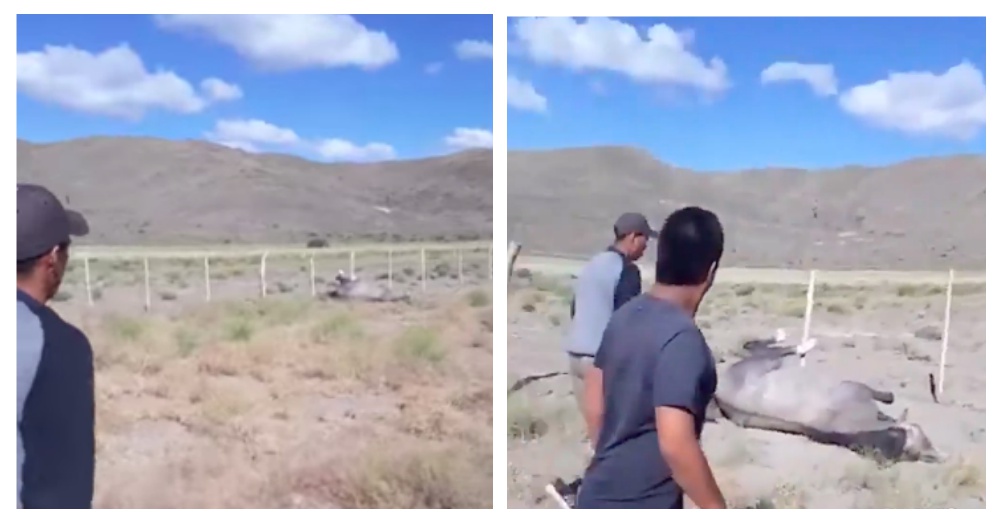 The man cautiously touched the trapped leg and started to work on freeing the horse. After maneuvering the horse’s leg and fence he was able to free the leg. Thankfully, there did not appear to be any damage or injury to the horse’s leg. However, the horse had not realized he was free. Without knowing how long the horse had been trapped, the men allowed the horse a moment to recover. 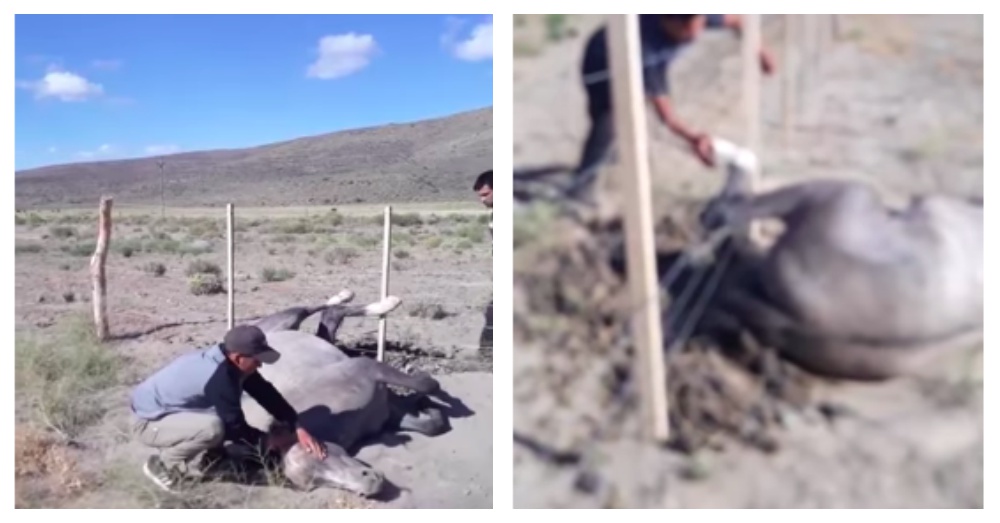 They were determined to get the horse on his feet so he would not become tangled again. After a few attempts the horse returned to his feet and took off running. However, he stopped after a few feet and turned back to thank his rescuers. 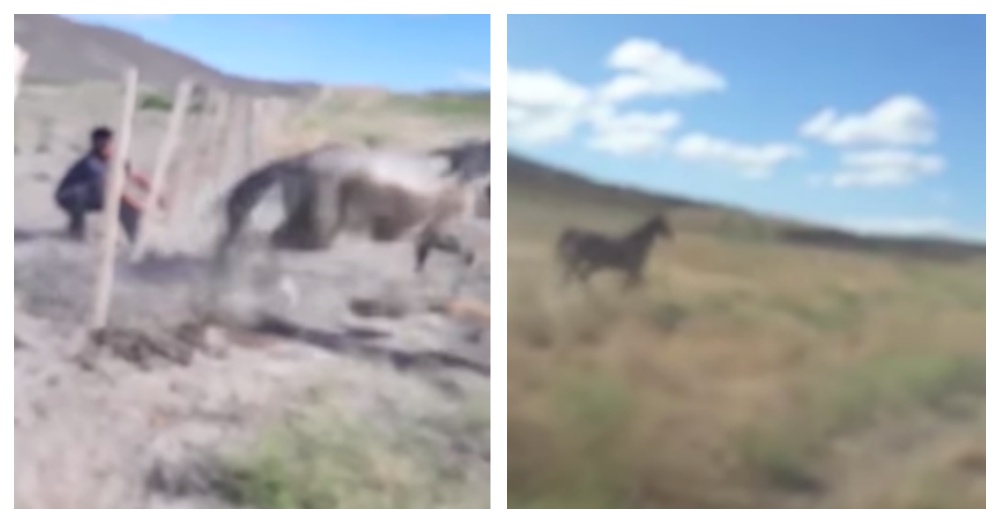 He was finally free again thanks to the brave men. Heroes like this help restore our faith in mankind. People from all over the world commended the men with comments left on social media. One person said, “Such a small thing but such a magnificent moment.” Another said, ” Those men are true heros! They didn’t have to stop and help, but their moral character and compassion made them. They achieved their goal and I wish I could thank them in person for being themselves and knowing what’s right, which is to help an animal in distress. Thank you X10, guys! You saved a living breathing animal’s life and that is something to be proud of.” 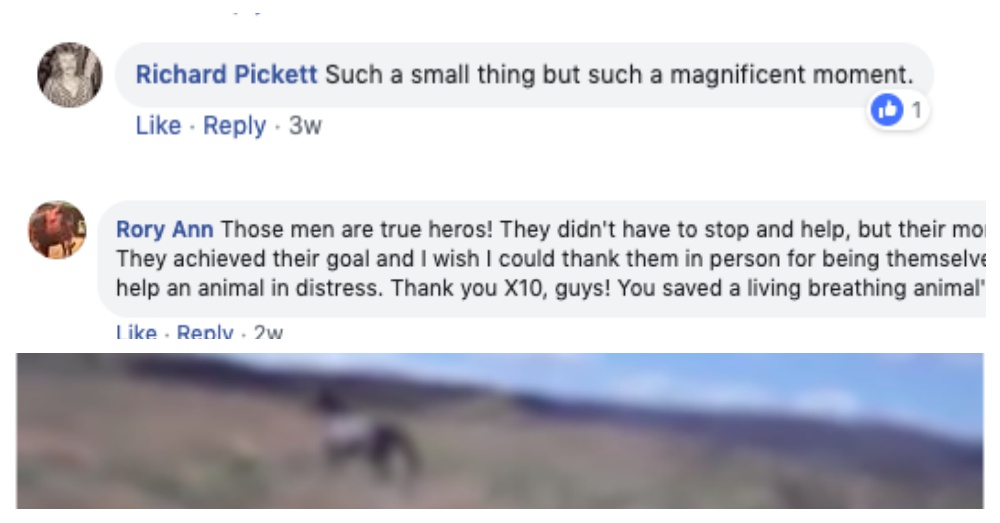 Chilean Police Officer Jumped Over A Fence To Rescue A Trapped Dog: Click “Next” below!