The Wichita Kansas Police Department responded to a domestic dispute involving a suicidal person with a gun on Saturday evening. Officers were aware of the gun before they entered the home.

According to KSN, “While officers were inside the home, they retrieved a gun from under a bedroom pillow. While the officers were retrieving the gun, a mid-sized dog charged at an officer. The officer pulled his gun and shot at the dog. The officer missed the dog. The shot struck the floor and broke into fragments. One of the fragments ricocheted and struck a 9-year-old girl in the forehead just above her eye. She was treated and released from the hospital.”

Danielle Maples, the mother of the girl injured by the fragment from the officer’s shot, tells KWCH she was appalled by what happened.

“I’m mortified because there were so many things that could have been done differently but were not,” she said.

The man that was reported as suicidal was brought in for a mental health exam.

The officer that shot the gun is on administrative leave until a thorough investigation is conducted.

Sign this petition and tell police to get proper training on how to handle dogs without using guns. It is safer for everyone! 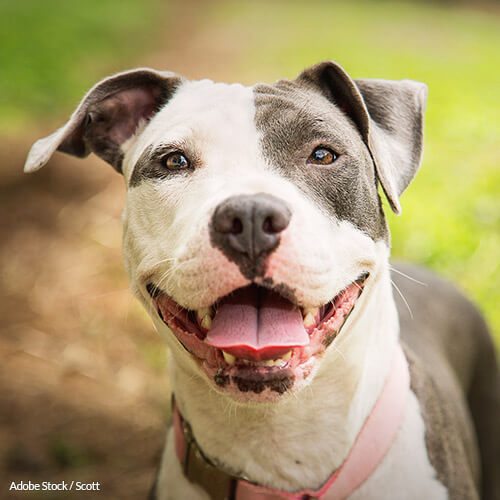 10,000 dogs a year are being shot and killed by police officers! This is an epidemic and needs to stop! Many of the dogs killed were friendly family members or service dogs. They were simply shot because the police officer “felt threatened” so it was “justified.”

Police officers are treating the frightened animals as “hostile” and shooting them. Instead of assessing the situation, police officers are reaching for their guns first. Animal Legal Defense Fund states, “No officer has ever been killed in the line of duty by a dog.”

Tell the Department of Justice to make it mandatory for officers to take a canine behavior training course to learn how to interact with dogs without lethal force! Sign the petition!
Make a difference!