Meet The Woman Who Saves Animals From Becoming Casualties Of War

Hardly a day passes where we don’t see some sort of destructive and debilitating war being fought somewhere in the world. Conflict has become a part of our political culture.

Tragically, animals rarely get to choose which side they’re on. Bombs and bullets have killed countless animals, even in recent wars, but many have been saved as well, thanks to Louise Hastie.

Hastie got her first taste of combat when she was sent to Iraq with the UK Territorial Army in 2004, the Mirror reports. She knew how to shoot a gun, but she wasn’t ready for the constant shelling and danger that threatened soldiers on the front lines.

It wasn’t rare that she would be left huddled and shaking after a day in the bunker. 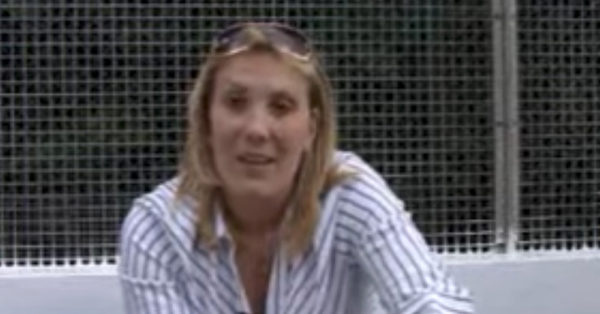 “Those first few days were terrifying,” she told the Mirror. “But one thing that really struck me, that I hadn’t even thought about when I’d received my sign-up sheets, were the animals – the innocent victims caught in the crossfire.”

Of the animals caught amidst the war in Iraq, many that weren’t killed by weapons were being poisoned as a manner of pest control or starving to death and left without food or shelter. Hastie had seen the evidence herself in roadside piles of dead and injured animals.

“Having grown up with pets, I’d always been an animal lover,” Hastie said. “When I was 15, I’d witnessed a pet shop owner put two live mice into a snake’s cage. I marched over, bought the mice and reported him to the council,” Louise says. “So seeing the pain these creatures lived in was heartbreaking. I couldn’t stand by and do nothing.” 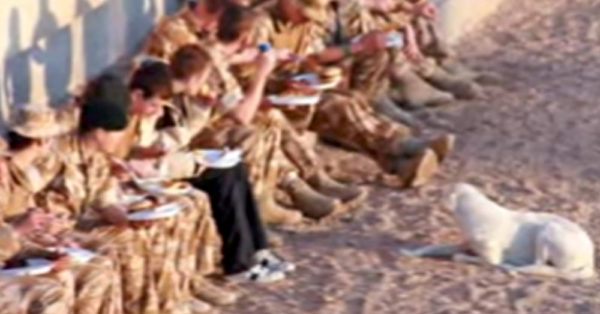 Hastie tried to ignore it. She tried to close her eyes to their pain, both physically and metaphorically, she said. But she couldn’t.

“Especially when one of our cleaners brought me a half-dead kitten. My boss told me I had to get rid of it, but I couldn’t,” Hastie said. “Instead, I nursed the poor creature back to health and called him Simba Al-tiqriti.”

When Hastie was transferred to another camp in 2005, her supervisor demanded she let Simba go. It was against the Territorial Army policy to quarter the cat, and Hastie knew it. She also knew Simba didn’t have much of a chance on the streets. 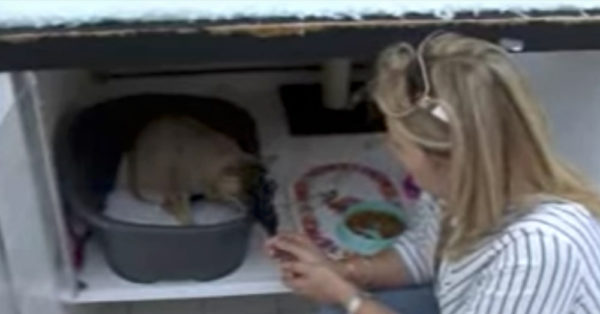 Source: YouTube/ForesterTV
Hastie tends to a cat in the Precious Pets shelter.

Using a network of contractors who supply the military’s cleaning service, Hastie had Simba transported over the border to Kuwait and back to England to stay with her parents.

She broke the rules, but she saved a life, and the world took notice.

“After that, word got out that some crazy woman was prepared to risk everything for animals, and people started emailing, asking me to help. How could I refuse?” she said.

The U.S. military helped Hastie get desperately needed supplies of food and medication to animals in war zones, transporting the packages in armored tanks. They would send back photos of happy animals afterwards.

“I organised for three cats from Iraq—Doodle, Phoenix and Pudding—and two dogs—Zeus and Gabriel—to come back to the UK and live with my parents until I could join them,” she said. 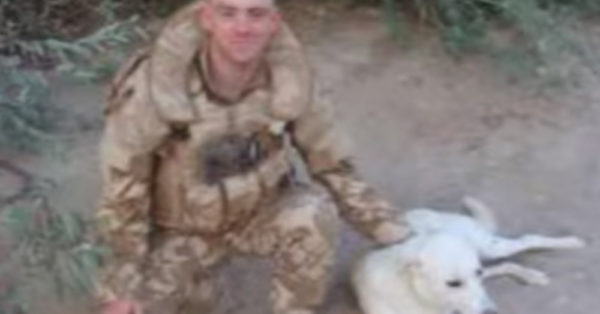 Source: YouTube/ForesterTV
A service member and his dog.

Years later, working for a security company in Afghanistan, Hastie took the opportunity to volunteer at a dog shelter. She split her time between there and her day job, 20 hours a week volunteering and 40 as a full-time contractor, but the harried schedule began to wear her down.

She eventually quit the 9-5 and spent all her energy on the animals. Even without receiving a paycheck, the work was rewarding enough.

“It was hard work but incredibly rewarding,” Hastie said. “I was getting to help cats and dogs all day, every day, and we were slowly making a big difference.”

Not a licensed veterinarian, Hastie was only qualified to feed and clean the animals that came into the shelter. But her work in vaccinating, de-worming, and de-fleaing the local pet population was impressive enough to garner further attention. The shelter was able to expand its facilities, and Hastie helped move the expansion forward.

“When an international animal charity heard about us, they got in touch, and gradually they trained a local man as a vet to treat the dogs and cats properly,” she said. “Slowly, we became big enough to employ a cleaner and another vet and house around 100 dogs.” 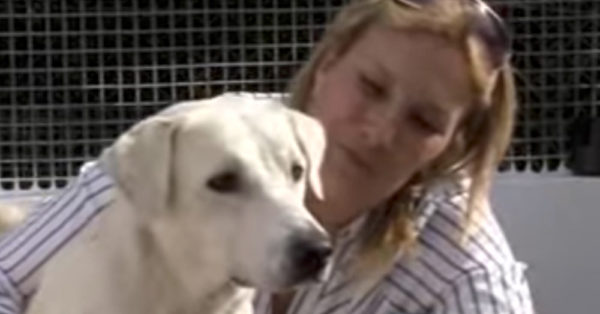 Source: YouTube/ForesterTV
Hastie and a dog from Precious Pets shelter.

Animals from around the Middle East and Asia were brought by military personnel to Hastie’s shelter to be spayed, neutered, vaccinated, and microchipped, CNN reports. After that, Hastie helped those animals make it home safely to spend the rest of their lives with the soldiers who cared for them.

Hastie has since returned back to England, catching up on some much needed rest. Now safe and sound with Simba, Hastie is enjoying an early retirement from keeping the world safe, but the legacy she’s left behind will no doubt be remembered for years to come.

We wish the best to Hastie and Simba and all the other animals still waiting for help to visit their war-torn homes. The reality of life for shelter pets can be sadly just as distressing. Millions of shelter animals face uneasiness and anxiety every day, waiting for the right forever family to come along. But there’s a way you can help.