Have you ever seen something that made you feel as if your blood was boiling? I’m sure that is how many people will feel when they see a video of a dog being forced to run beside a car. Not only is this a dangerous and stupid stunt, it has also brought the attention of the police.

Somebody behind them managed to capture the video near Lochgelly last week and then ended up posting it on social media. The video may be short, but it shows the dog running just inches away from the wheels of the car. It then got frightened and tried to jump away.

A local dog walking company, GeoPaw, is furious over the situation. A spokesman for that company said: 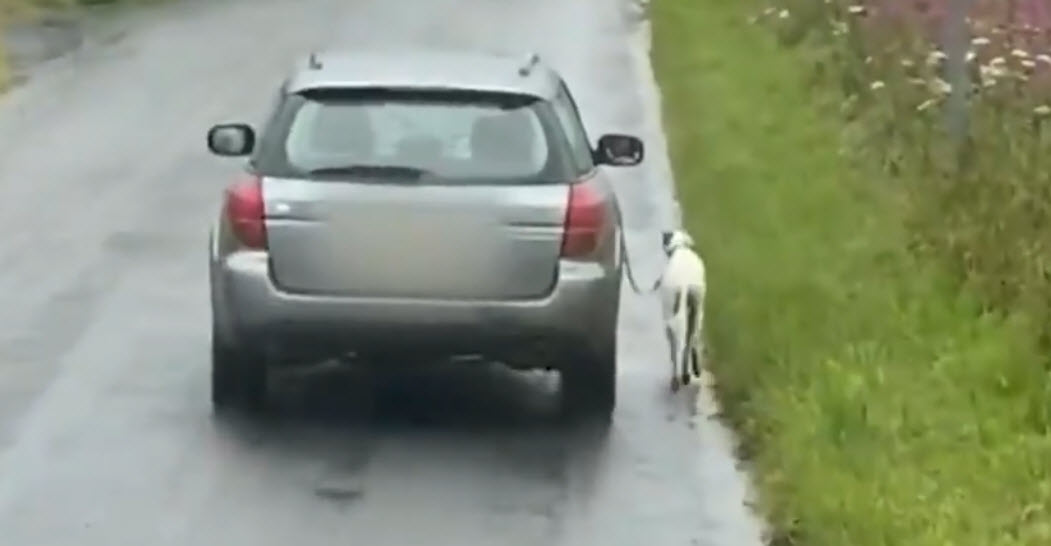 This may look funny to some folk but going by comments from those who have seen the video the dog was absolutely terrified.

It’s also extremely dangerous and just the height of stupidity. It’s unbelievable that any human can treat animals like this in this day and age. It’s just sickening.”