Residents and dogs of Chester County Pennsylvania have been on high alert recently, as an individual in a large green van has been reported stealing pets from the area.

According to 6 ABC, among the missing dogs are Miley, a Golden Retriever, and Macy, a 6-month-old German Shepherd.

“We really want them back. They are family pets and are dearly missed,” owner Ruth King told the news station.

It’s not unusual, in Chester County, to see Amish traveling the roads on horse cart. Curiosity led the Kings’ dogs to follow such a cart just before they went missing. Assuming they’d be back shortly, Ruth thought little of their excursion, but the dogs did not return.

Sadly, the Kings’ report is one of several so far this winter. Three dogs that belonged to the Kings’ neighbors were last seen on New Year’s Day.

The spate of dognappings is being investigated by West Caln Police Chief Kurt Martinez and his staff. 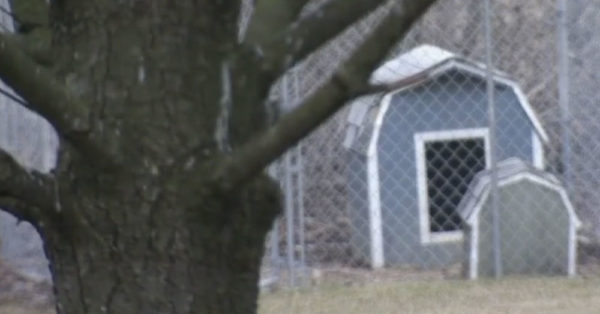 “It sounds like somebody took the dogs and took them out of the area,” Martinez said.

The King family and their neighbors maintain that the perpetrator is driving a large green van.

“One of our neighbors said, ‘I actually talked to the guy that picked them up. There’s a dark green 15 passenger van,’ described just like my daughter had; we know it was the same person,” King told ABC.

King’s daughter said the driver of the green van actually drove up to their house and knocked loudly on their front door before packing up the dogs and driving off.

“If he would have just gently knocked or maybe rang the doorbell, she would have possibly answered it, but he banged on the door like he was angry,” King said.