We’ve all had uncomfortable first dates. Sometimes it seems like they can’t end quickly enough.

For Kiara Alamo, an inauspicious visit to a local restaurant in Luquillo, Puerto Rico, started off plainly enough. She had ordered her food, and was eating when another restaurant patron caught her eye.

He was skinny, huddled over, and looking desperate, and Alamo knew he was the one for her.

It was a small white dog, abandoned by his previous owner, if he had any. People filed into the restaurant and out without giving the dog a second glance. It was obvious he had been neglected all his life, but Alamo couldn’t let the cycle continue. 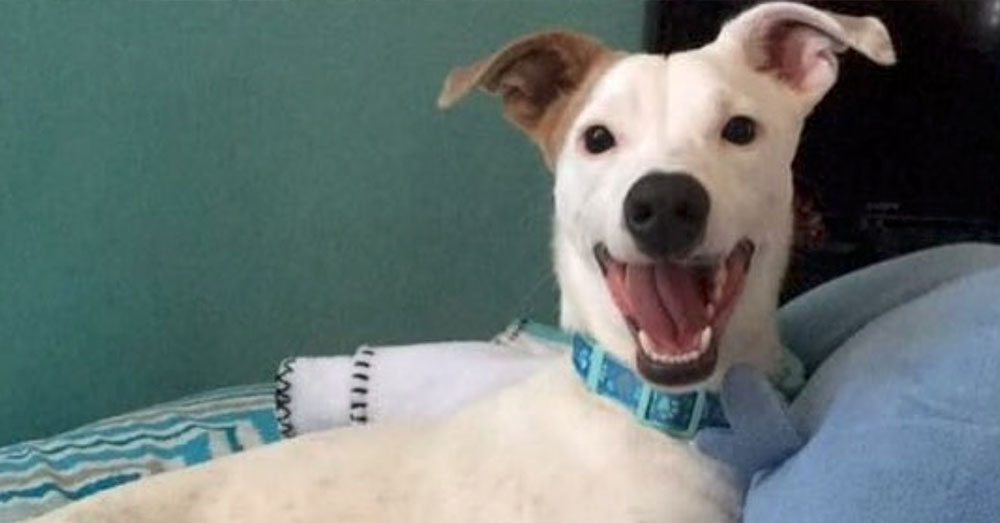 Source: Instagram/utothestreetdog
Uto was found struggling and injured in the corner of a reaturant in Puerto Rico.

The dog stared at Alamo as she ate her meal. She couldn’t get past it. She wouldn’t be leaving without him.

“The face of that dog … he was so sad and afraid of people,” Alamo told The Dodo. “[I could see in] his eyes that he needed so much love — I couldn’t leave him in that restaurant.” 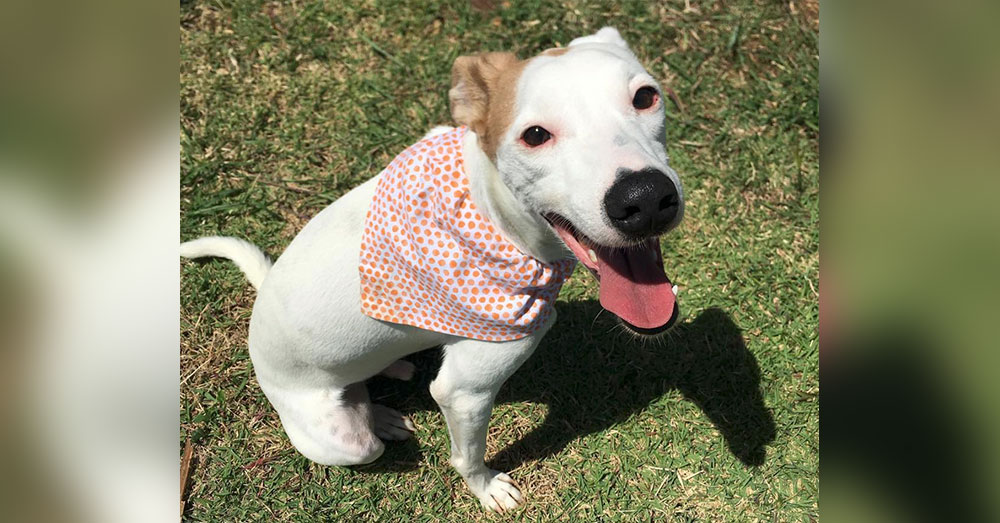 Source: Instagram/utothestreetdog
Kiara Alamo wasn’t about to leave the dog there.

Being near a busy highway, Alamo was concerned the dog would get hit by a car if she left him near the restaurant. He already had difficulty walking, the result of a previous injury, and likely wouldn’t last much longer on the streets.

“I was worried about the dog because the restaurant is near a highway,” Alamo said, “So my mom convinced me to take the dog home.” 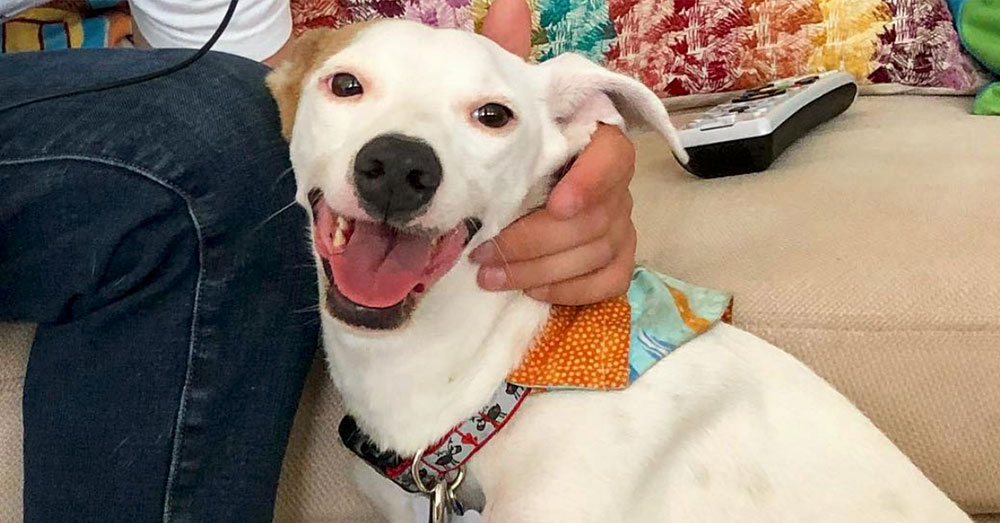 Source: Instagram/utothestreetdog
After surgery to repair his hind leg, Uto is happy and healthy once again!

Alamo and her family named the dog Uto. They brought him to a veterinarian for shots and an X-ray, and learned he would need surgery on his hind leg to relieve his pain.

They didn’t give it a second thought. 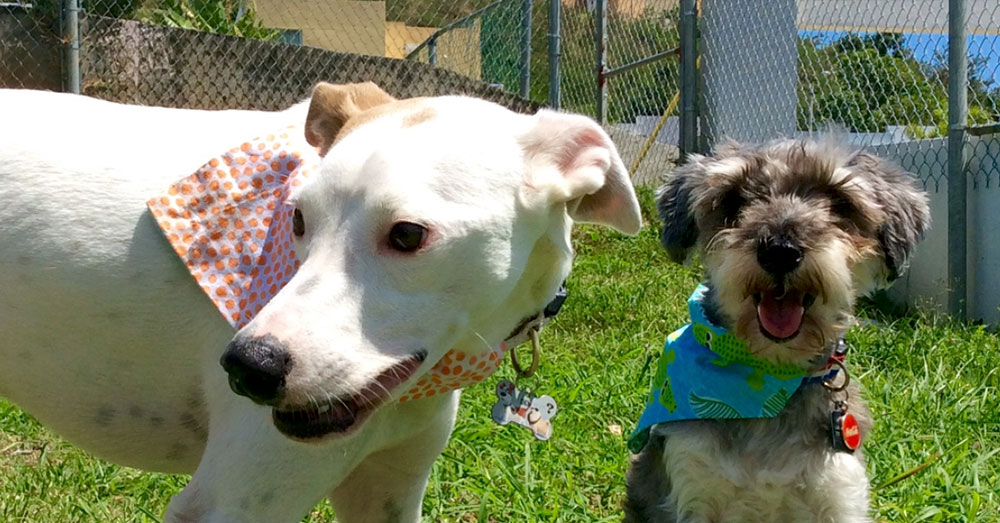 Source: Instagram/utothestreetdog
Uto is a little skittish around new friends, but he’s got a loving heart.

Uto was successfully treated, and his leg restored to working order. It took a few months, but the Alamos weren’t about to give up on the new furry friend.

“My plan always was [to] put him in adoption and find him a forever home, but after months of therapy on his leg I felt so much love [for him],” Alamo said. “He was like an angel. I couldn’t put him up for adoption with that little face.” 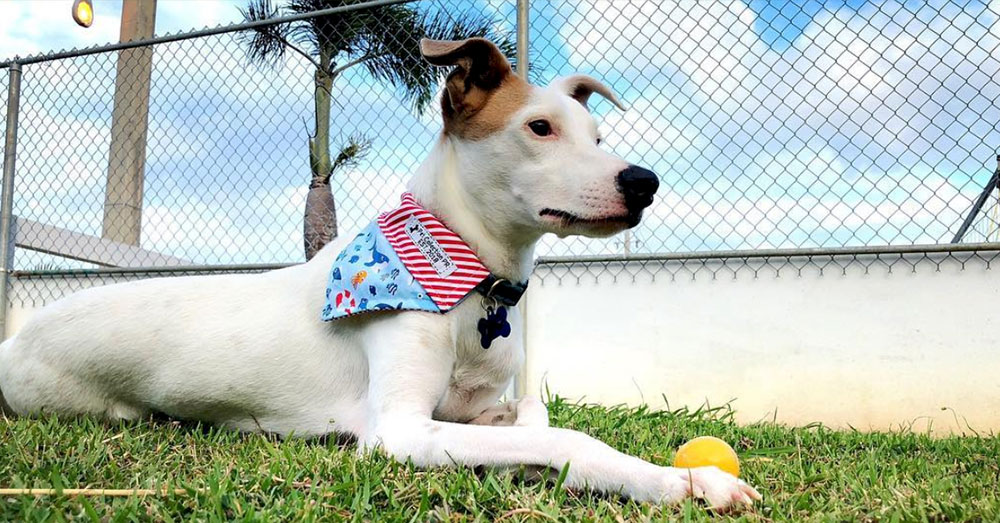 Source: Instagram/utothestreetdog
Uto is still a little shy, but he loves to play.

Uto is happy and healthy with his new family, though it takes a little bit for him to warm up around new acquaintances.

“He’s very afraid of people and sounds,” Alamo said. “But he likes to meet other dogs, and he’s got a lot of friends.” 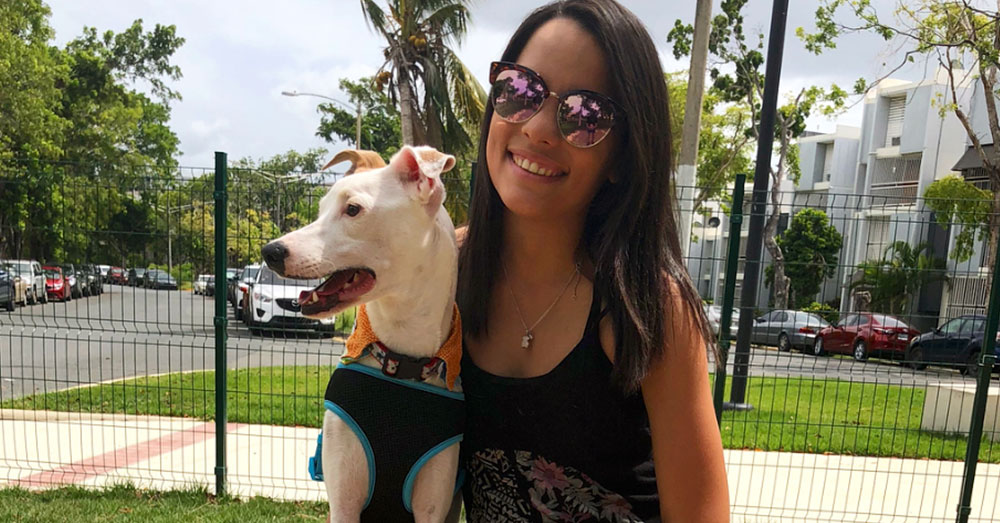 Alamo will never forget the day Uto limped into her life. Their first date at that restaurant led to many more, and valuable life lessons she carries with her wherever they go.

“Uto [taught] me how to be happy no matter what’s happened in your past,” she said. “He’s got so much love to bring me, that he doesn’t even care about what other people did to him.”