Update: In January 2016, the FBI officially began tracking four types of animal abuse in their national crime database. Read on for more details about this groundbreaking update to the law:

Previously, all animal abuse cases were considered minor crimes, and were lumped in with “other offenses” such as trespassing. Animal abuse will now be recognized as a “Group A” offense, and police will be required to report cases of abuse to the FBI as they would for the assault or murder of a human. This will allow the FBI to track the pattern and frequency of animal abuse, just as they do for human crimes. This change stemmed from the Animal Welfare Institute, who said that violence towards animals is an early indicator of future violence towards humans. Treating and recognizing animal abuse as a crime is a huge step forward for animal lovers and activists everywhere. What a great start to 2016! 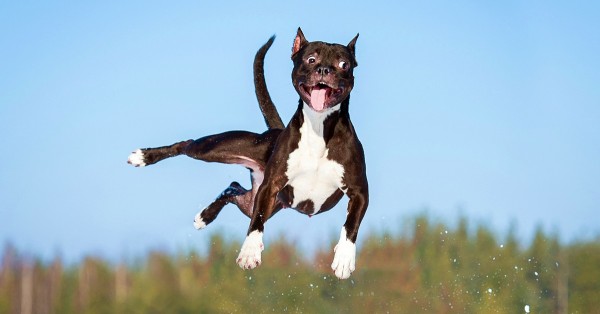 Starting in 2016, the U.S. Federal Bureau of Investigation (FBI) will reclassify animal abuse as a “Group A” felony in its National Incident-Based Reporting System (NIBRS), which means that it will be a top-tier federal crime.

In the past, animal abuse crimes have been listed under “Group B,” which includes writing bad checks and trespassing, in the category of “All Other Offenses,” which is an aggregate of minor crimes. Under the new guidelines, however, abuse against animals will be comparable to more serious crimes, such as kidnapping and homicide.

The change will make it easier to track and quantify animal abuse crimes, which will hopefully result in improved enforcement and stronger accountability. With luck, the move will encourage municipal police to reform their policies to reflect the new law, and perhaps reduce or put an end to animal abuse by police and citizens alike.

The FBI has been working with the National Sheriff's Association and Animal Welfare Institute to implement the new category this year, and plan to collect data for such crimes beginning in January 2016. Animal cruelty statistics will be publicly available when the 2016 NIBRS is released the following year.

Animals deserve protection from people who are prone to abuse. The FBI's new animal cruelty classification is a step in the right direction for changing how the law views animal abuse, but we can do more to help our furry friends.

If you see an instance of animal cruelty, you can report it directly to the FBI (if you live in the U.S.).

And you can sign the petition to create a public registry for animal abusers, and help stop animal crimes before they happen.