Trey was found, all alone, dragging her hind legs in a woman’s backyard. The kind woman scooped her up and called Keller’s Cats in Walworth, NY for help. They agreed to come and get the kitten. 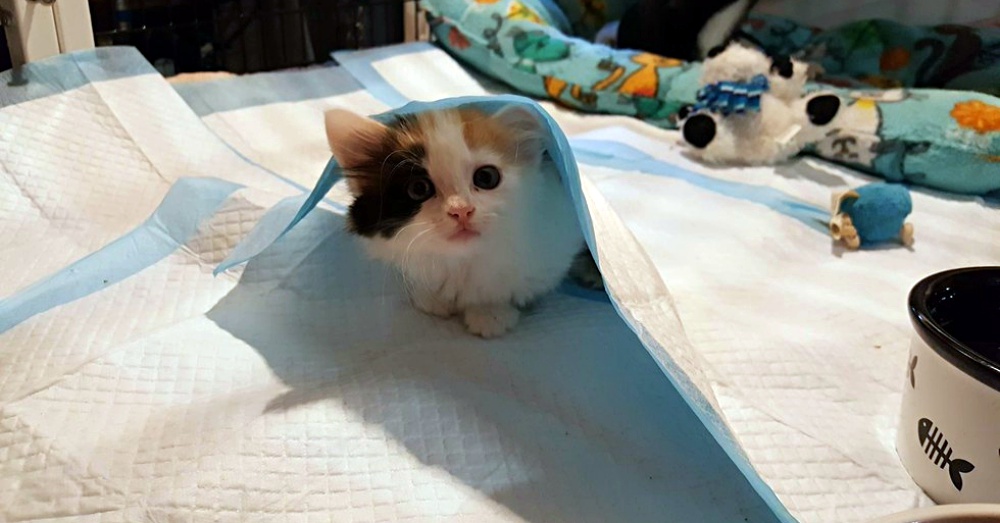 “We are not sure what happened to her legs… it could have happened in the womb or an injury outside,” Karla Weller-Barkley, founder of Keller’s Kats told Love Meow. The staff immediately noticed Trey’s unrelenting spirit. No matter how bad she may have been feeling, she was always happy and purring.

Then in August, 2016, another paralyzed kitten came to Keller’s Kats. Her name was Delilah, and like Trey, she was paralyzed in her hind legs. It was destiny! 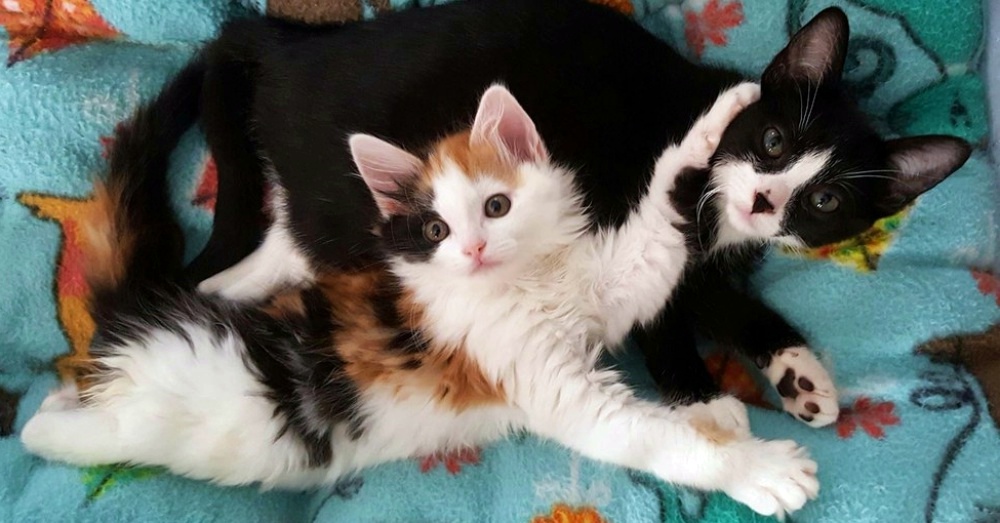 When the two kittens met, they formed an instant bond, and instant, unbreakable connection. Now, where there is one kitten, there most certainly is the other! They snuggle constantly, limbs entwined to form one silly looking kitty! 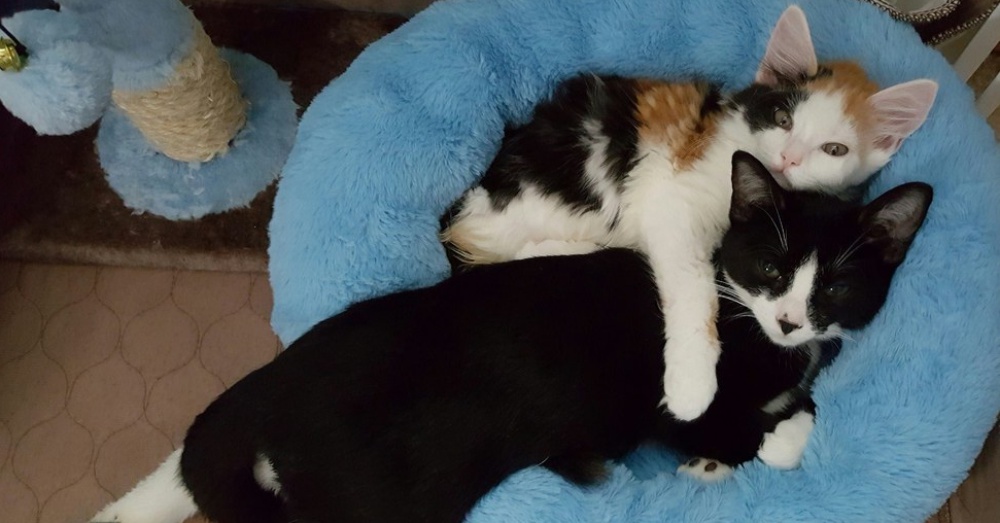 Seems that Trey was destined to come to Keller’s Kats, as was Delilah– The two kittens, now their own purrfect support system.

Watch one of Trey’s first videos with Keller’s Kats. So tiny and so happy!!!