Dog Reunites With Her Family After A Tornado Destroyed Their Home

In Logan County, Arkansas, a family lost most of their home when an EF2 tornado blew through their area. Despite the massive damage, the family is just thankful to be able to reunite with their dog.

A Tegna affiliate KFSM shared a heart-warming photo captured by Julie Moore, which shows an emotional reunion between a person and their dog.

The photos depict the person hugging their dog in the doorway of a destroyed house. In one of the photos, the dog makes eye contact with the camera – and that is enough to have you reaching for a tissue box.

Ona and Bruce Dunlap are the owners of Dasha. They said that Dasha is normally terrified of storms, however, she wouldn’t get into the storm shelter before the tornado hit. 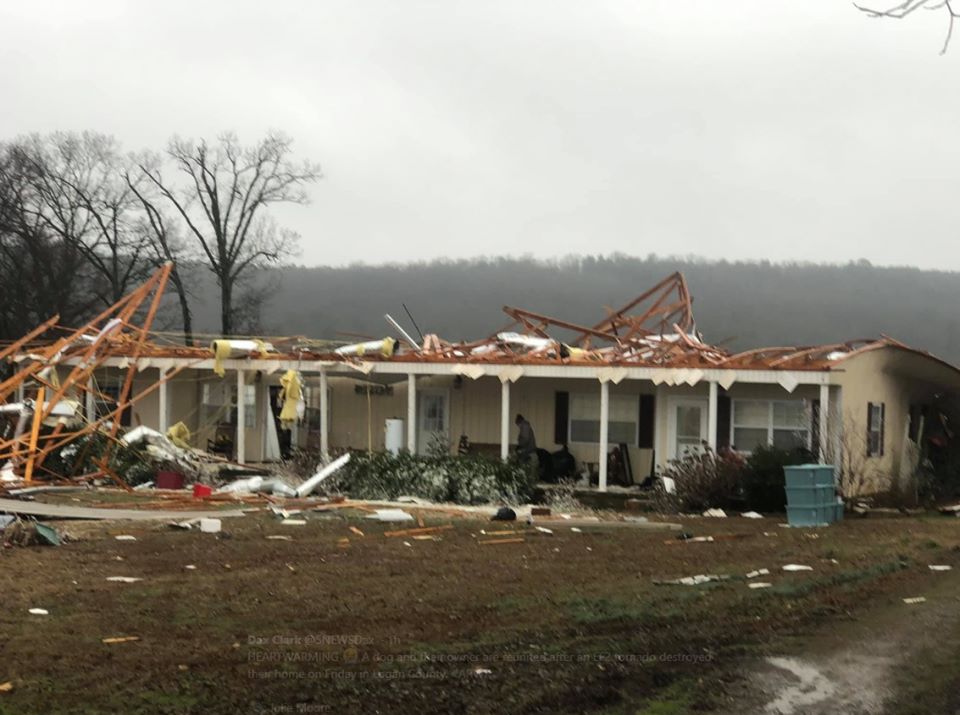 When the family emerged the following morning, they were amazed to find Dasha inside the house – unharmed.

There’s another photo that shows the full extent of the damage done to their home. 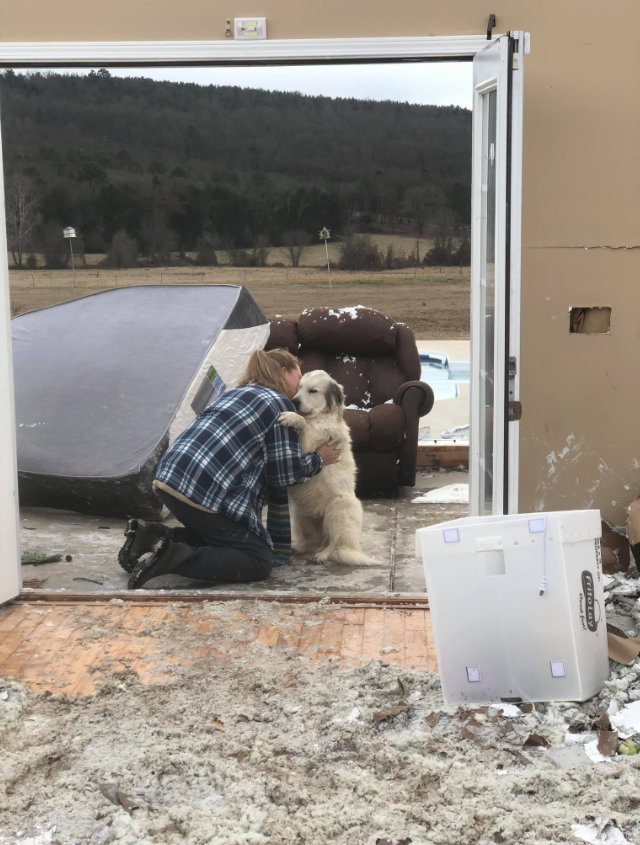 The roof is nearly completely destroyed. The limbs of the structure are hanging off to the side. The walls are bent, and there is debris scattered throughout the yard.

Despite what little they have left and how long and tough the road to recovery will be, they’re grateful to have each other as a family. And that is something that can never be taken away.