A swan living on a small lake in Toms River, New Jersey almost died due to the careless actions of human beings. Residents of the area noticed the swan behaving strangely, and after investigating they discovered it had been injured by a tranquilizer dart. Witnesses say the dart came from an unlikely source. 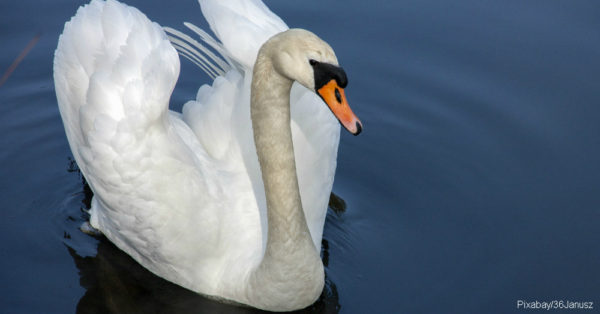 Two men from the New Jersey Department of Environmental Protection allegedly tried to euthanize the swan, but it eluded capture. Beth Charles, a resident of Toms River, told a local radio station she had seen two men wearing DEP uniforms in a boat on the lake. The men told her they were called to get rid of a problematic swan that had lived on the lake for 20 years. Some residents claimed the swan was behaving aggressively toward people on the docks and personal water crafts.

Too Big for Birds 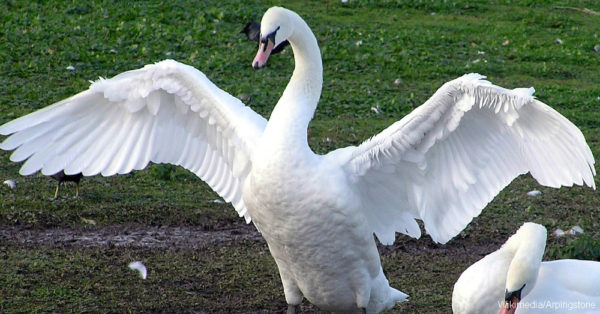 When veterinarians from Popcorn Park Animal Refuge began treatment for the injured swan, they realized the dart lodged in its wing was meant for deer or other large animals. John Bergmann, manager of the refuge, said the lucky miss didn’t hit any muscles. Otherwise, the bird would have fallen asleep and drowned. The barb at the end of the dart did cause a lot of damage to the wing, however. 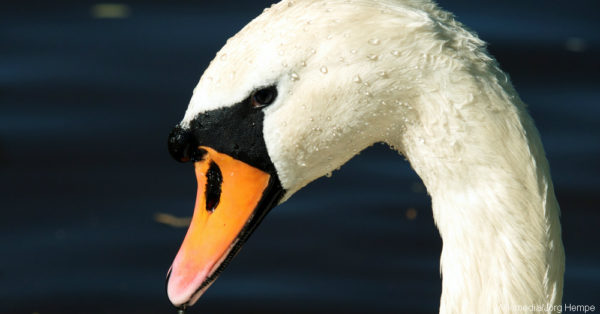 Veterinarians were able to repair the wing during surgery, and the gorgeous swan is recovering at the wildlife sanctuary. The swan needs antibiotics to fight off any infections, but it can go back to its natural habitat once it fully recovers. Thanks to the quick actions of the area residents and the skillful work of the veterinarians, this gorgeous creature can get another chance at life. For proof that swans have a gentle side, watch this once-injured swan hug a man who helped her out during her own ordeal.