Nobody Wanted Him Because He Was “Different.” Then He Met A Man Who Saw The Beauty Within Him

This unique pup, named Toby, was found roaming the streets in Fresno, California and picked up by a shelter that tried to find him a home. Since nobody wanted him, he was going to be euthanized. But the reason no one wanted him is because of his unusual feature: a split-nose (also known as a double-nose). There are a few dog breeds that have a nose like this, which increases their scent discrimination abilities, but the Australian Shepherd (Toby’s breed) is not one of them. It’s unknown why Toby’s nose is like this, but he doesn’t know that he’s any different from other pups. 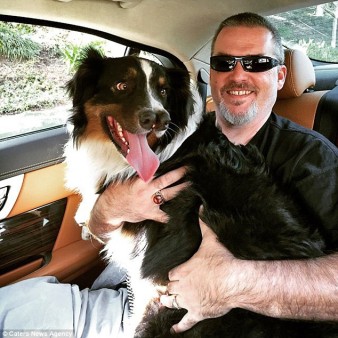 Thankfully, someone stepped forward who did want Toby. A man named Todd Ray adopted him; and this isn’t the first unusual pet that Ray has adopted. He also has a five-legged miniature Pinscher and a two-legged Chihuahua. Toby will fit right in and will be loved so much for the rest of his life! Ray said that everyone who meets Toby loves him and that he’s the sweetest dog. He definite looks it, double-nose and all!