My favorite Ragdoll cat is back! This time Timo comes face to face with a very real looking toy parrot. At first, I thought it was real! Thankfully, it’s a toy so there’s no chance in anyone getting hurt. Phew!

Timo lives in the Netherlands with a British Shorthair cat named Cleo and his humans, who are typically off camera, as Timo steals the show. 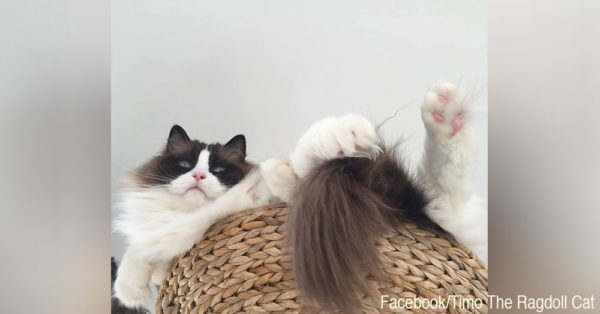 When at home in his backyard, Timo loves to paw at the koi fish in his garden. Perhaps he thinks he’s getting a little paw-ticure!

Watch Timo meet his colorful new friend in the video below.