The plight of nurse mares and their offspring foals is so grim, many would rather not discuss it.

Far from the winner’s circle, between the headlines of prize horses and jockeys, nurse mares live solely to be impregnated in order to lactate and sustain the life of favored racing horses. Outside this role, nurse mares are of no use to breeders, and the foals produced as a result of the process are of even less consequence. 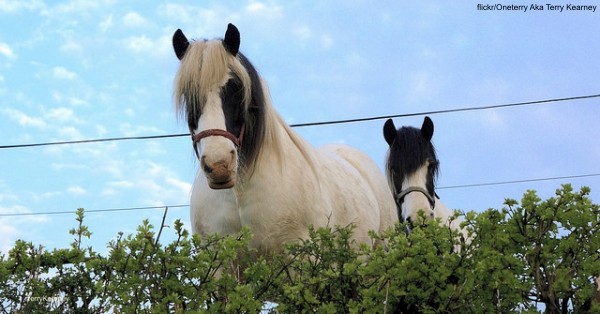 “A nurse mare foal is a foal that is born so that it's mother can become a nurse mare,” said Victoria Goss, founder of the Last Chance Corral, in an interview with TriStateUpdate.com. “When the mare has her foal she comes into milk and then she is leased out to raise shall we say a more lucrative baby.” 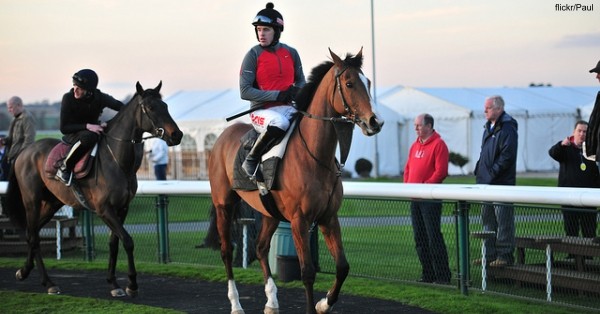 The Jockey Club limits admission to animals that have been bred through traditional means, without artificial insemination, embryo transfer or transplant, cloning or any other form of genetic manipulation. According to Jane Allin, Chief Research Analyst for the International Fund for Horses, “Given that the gestation period is 11 months and after giving birth she is in heat 7-10 days later [a mare] must be re-bred to ensure she produces another potential champion foal in 11 months. This unremitting cycle pushes the mare to extreme biological limits, clearly equine exploitation at the hands of the negligent thoroughbred industry.”

Allin laments the fate of the unwanted foals in this process.

“They are more or less taken from their mother immediately at which time the horror begins,” she wrote, “Many are simply killed by clubbing or other means, some are starved to death and others are sold to the tanning industry for their hides also known as 'pony skin.' Since it is illegal to send foals under six months to slaughter, they skin them to manufacture high-end leather products.”

Of course, not every thoroughbred foal is taken from its mother, or dam, and placed with a nurse mare permanently, as Carleigh Fedorka explains on HorseCollaborative.com. Nurse mares are still an important part of farming, as sometimes mares can die during childbirth, and the foals will still need nourishment and weaning.

What Can Be Done?

There are many organizations across the country that adopt and shelter these foals, seeing them as more than just a byproduct of the horse racing industry, but it’s no easy task.

As Terri Stemper of the Dream Equine Therapy Center writes, “Over the last couple of years, awareness of this industry has increased and there are more rescues than ever devoted to these helpless foals but this is not enough. Overbreeding of all horses in general has become an issue recently. With the closing of all of the slaughter plants in the US, we are about to see more abuse and neglect than ever before.”

While consideration of the plight of nurse mare foals is desperately needed, it’s unfortunately not the only example of horse mistreatment in our country. “Soring” involves the intentional infliction of pain on a horse's legs to force the horse to perform an exaggerated, high-stepping gait known as the “Big Lick.” A 2015 Humane Society of the United States investigation of one of the premier barns that trains horses to do the Big Lick revealed that this illegal activity continues. By signing this petition, you can let Congress know the Horse Protection Act should be amended to end the failed system of industry self-policing, ban the use of devices associated with the soring of Tennessee walking horses and related breeds, strengthen penalties and make other reforms necessary to finally end this torture.