Sumatran tigers are critically endangered with fewer than 400 remaining in the wild, but poachers continue to target them.

One of the last places on Earth for the endangered tigers to roam freely is Indonesia’s Sumatra island. Sadly, even the forested area meant for the preservation of the tigers isn’t free of poachers.

Conservationists were devastated when they found the bodies of three Sumatran tigers in le Buboh village in South Aceh.

A female tiger and her two cubs were found dead in the protected area and their cause of death – infected wounds from boar traps.

The bodies of the mother and female cub were found near each other in Aceh province. A couple days later, the male cub was found roughly 15 feet away in another trap.

“Setting traps for pigs in a conservation area is very unlikely,” Agus Arianto, the head of the provincial government’s Nature Conservation Agency, told The Associated Press. “This was intended to poach endangered animals for economic gain.”

Poachers target tigers for their bones, teeth, and skin because they are in high demand as a status symbol and used in traditional Asian medicine.

“Poaching for trade is responsible for almost 80% of estimated Sumatran tiger deaths—amounting to at least 40 animals per year,” reports WWF.

An investigation is underway and Arianto will work with local police to hopefully catch and prosecute the poacher responsible. Poaching is illegal in Indonesia and anyone caught could face jail time and large fines.

In order to preserve the majestic animals, the groups are not only focusing on conservation and more forest rangers for protection, but on the livelihoods of the people in the surrounding villages.

Sumatran tigers are one step away from being extinct in the wild. Their greatest threats are poachers, habitat loss, and human conflict. Sign the petition below to help.

Save Sumatran Tigers From Extinction! 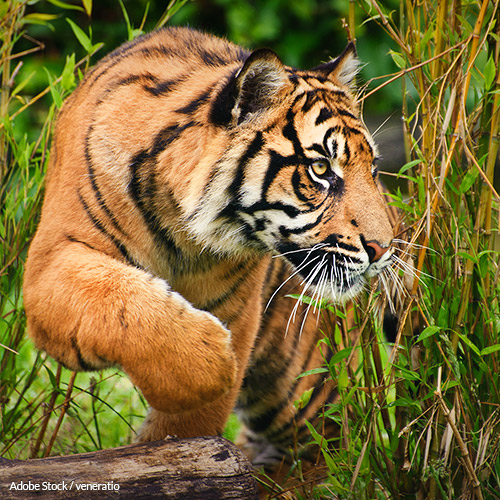 There are only 400 Sumatran tigers estimated to be left in the wild today, and they must be protected! Sign the petition pledging to become an advocate for these amazing tigers and implore the Indonesian government to protect their Leuser habitat.
We cannot lose these beautiful tigers!