He May Be Homeless, But He Refuses To Let His Feline Family Go Hungry

One of the most overused colloquialisms in the English language is “you can’t judge a book by its cover.” Everyone has heard it countless times in their lives, but occasionally there is a spectacular example of why, even if overused, it can ring true beyond our wildest imaginations.

Loong Dum lives on the streets of Thailand, jobless and homeless. What sets Dum apart, however, is the job he’s taken on while living in the streets. Instead of finding ways to feed himself everyday, Dum finds a way to feed the stray kittens that populate the streets of Thailand with him. His adopted family eats before he does, and he wouldn’t have it any other way. 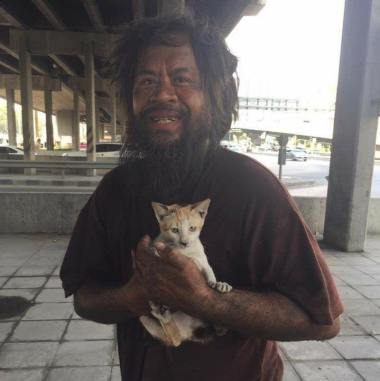 The story was first publicized by Warunya Wattanasupachoke, who noticed Dum holding a sign and a bag of limes, stating “20 baht per bag, profits will pay for stray cat’s food expenses.” When she went to speak with the man, she found his incredible generosity inspiring and started to bring attention to his altruism. Wattanasupachoke discovered that the limes Dum sold came from a generous citizen who provided them free of charge to help Dum’s quest to feed his feline family. 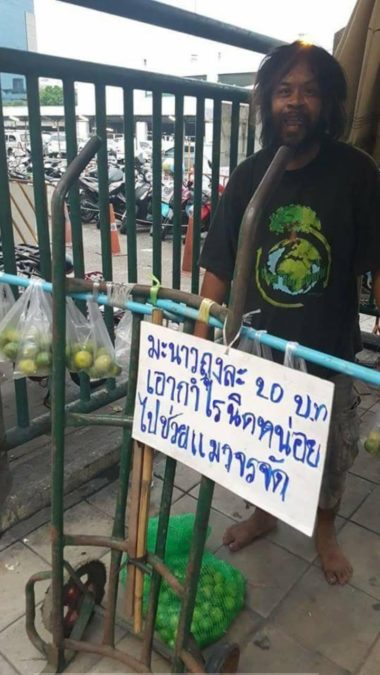 Not only is his dedication inspiring, Dum’s philosophy on what he does is beautiful and touching. “I’m fine with skipping meals, but the cats need to eat,” he says. 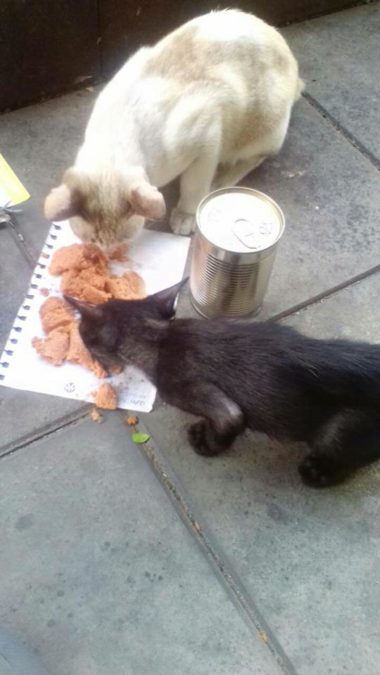 As his story spread, so did the support. A Facebook page, Cat Lover Loong Dum, was set up to help bring attention to his work, and people started stepping in to help him in his mission. He was even given a makeover, complete with new clothes, and supplies for his cats. 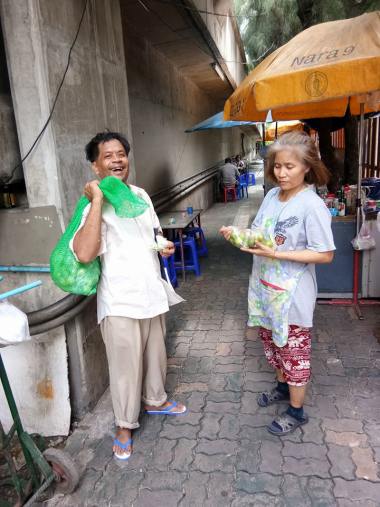 Incredibly, despite the outpouring of support, Loong Dum still puts the cats first and prefers donations and assistance in feeding them over money for his own needs. He still sells his limes every day and continues to feed the cats before himself. Hopefully, his story will continue to inspire and spread, and even more cats will find humans willing to help them survive and flourish!