Life on the streets is hard, leaving both people and animals hungry, cold, and never quite certain of where they can get their next meal.

But one homeless dog caught a lucky break after discovering friendly employees at her local Subway sandwich shop. Of course, it would be better if she had a loving family to offer her regular meals, but at least this hungry stray no longer needs to settle for dumpster scraps. 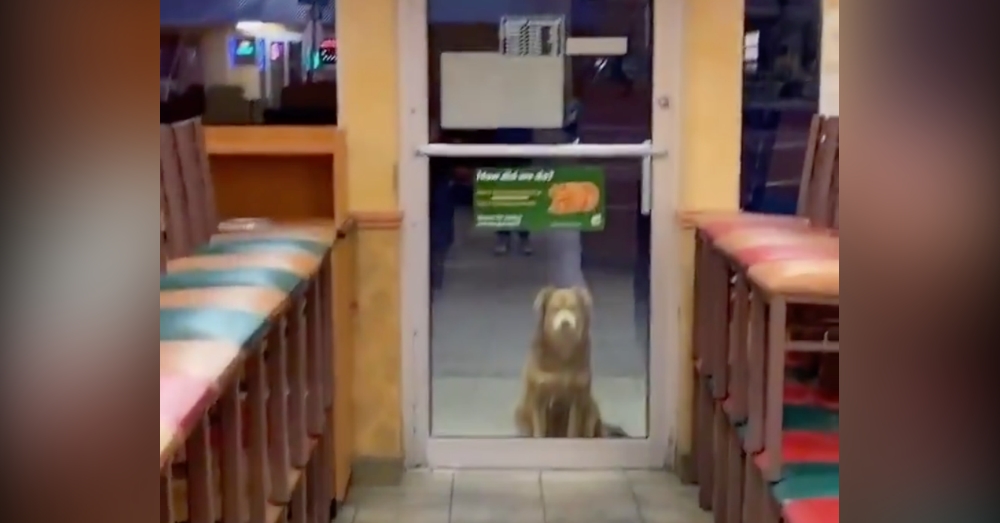 Now this clever pooch simply stops by her local Subway for dinner, where she patiently waits to be noticed outside the glass front door. “We always feed her,” workers wrote in a video of the dog’s adorable routine, which was posted to TikTok and quickly went viral.

According to workers, who have dubbed the dog ‘Subway Sally,’ this gentle stray has shown up every evening for the past year. Of course, when you see the generous mixed meats platter that workers make for her, it’s easy to see why Sally has made Subway part of her evening routine. 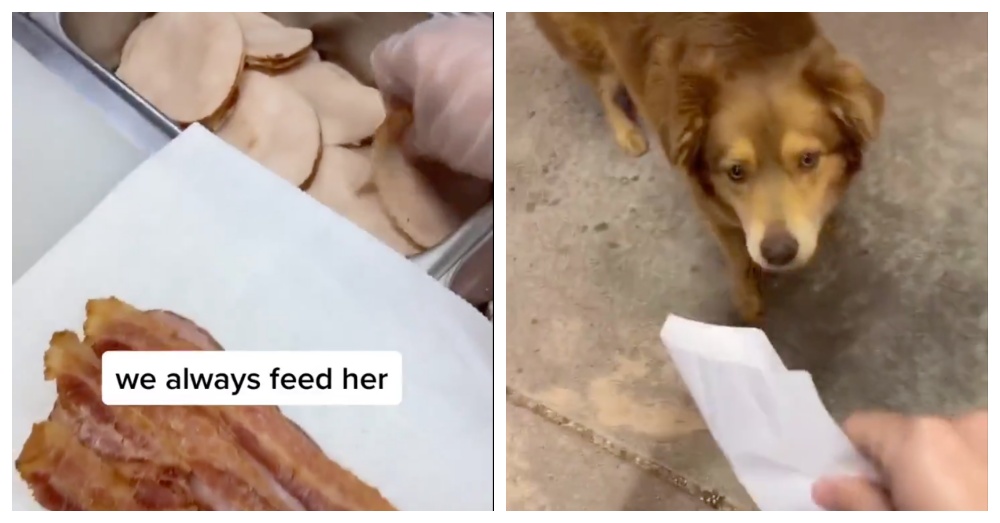 “Y’all give the dog more meat than us paying customers,” one envious user complained after watching Sally scarf down turkey and bacon. (Fortunately, these thoughtful workers take care to skip the bread, sauce, and everything else that wreaks havoc on a dog’s digestive system.)

Nor does it look like employees will get into any trouble for their generosity. “Subway Sally just made all of our dreams come true,” the sandwich chain wrote in response to the steady outpouring of doggie love on Twitter.

We’re so glad that these kind employees are taking good care of Sally. Hopefully one of these days, someone will give her a forever home, too!