Stubbs, the venerated mayor of Talkeetna, Alaska, has sadly passed away at 20 years old.

The cat has served as mayor of the town since 1997, KTUU reports, making Nagley’s Store, owned by the Spone family, his official office.

“The last time Stubbs was in the store, he got to snuggle with the employees and relax after a good long day’s work,” the store stated in a release. 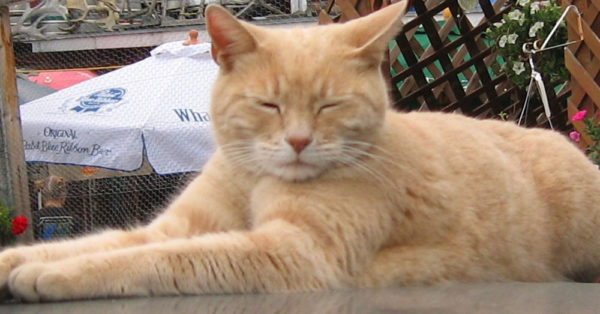 While he held one of the longest terms in office, Stubbs was not the only pet in public service. A number of other animals have been elected into leadership, with varying degrees of responsibility.

According to All That Is Interesting, a goat who was elected mayor of Lajitas, Texas, in 1986 was succeeded by his son, who holds office to this day. And in 1958, the town of Sao Paulo voted for a rhino named “Cacareco” to take the job.

Watch the video below for a look at Stubbs’s life.

As the world mourns the loss of this great feline figurehead from Alaska, another cat has been attracting attention in the northeast. Mr. Handsome was picked up as a stray and now weighs in at a whopping 31.4 pounds. Click the link below to learn about the other hefty animals that weigh just as much!

Here's How You Helped 280 Rescued Dogs Live Their American Dream: Click “Next” below!