A stray cat wandering the streets of Al Rigga, Dubai – looking for food and shelter – stumbled upon a shop that would change his life.

The ginger cat- missing part of his right ear – would peer into the glass doors of Photo Fast Studio, a printing studio. The owners felt bad for the stray boy and offered him some food. Little did they know, that the cat would become a permanent part of the shop.

“One day he started following us into the shop,” Adem, an employee at the print shop, told The Dodo. “Then he stopped leaving. Now, he lives here.” 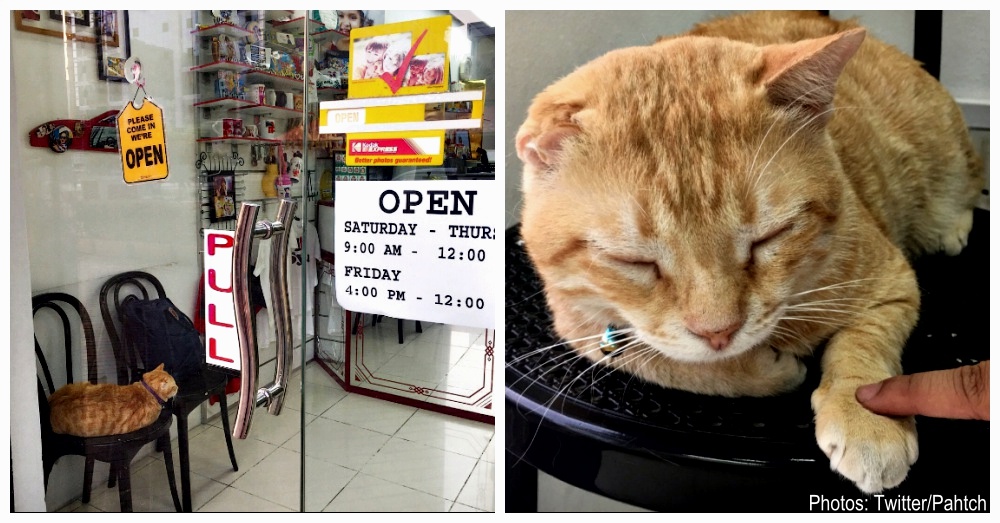 Fast forward three years, and the stray cat named Tom is the mascot of the shop. Once Tom entered the shop and realized that he could have it all – he made sure to win the hearts of the staff. He would greet and play with the customers that entered the shop, giving each one an unique experience. When he wasn’t working he would nap, still in view of people passing by.


The clever cat advanced from greeter to model for the shop. His adorable face graced the multiple frames for sale in the shop. When the staff was asked why they chose to use Tom they stated, “We like Tom.”


The adorable cat appeared on social media and the world went wild for Tom. Locals, like Pahtch, posted about Tom on Twitter and told The Dodo, “I’m a regular [customer] of the film shop now because of him. It really helps that this print shop has a mascot that makes you keep going back. Customers can’t help but play with him.”

Pahtch never expected a tweet she made about Tom would get 80,000 likes/shares and multiple inquires as to where the store was located. Tom knew he was destined for greatness, and now the world can see just how amazing he is.