When a Brooklyn woman woke up to find her basement apartment had flooded, she probably thought that would be the worst part of her day. But later that same afternoon, some cruel person took advantage of this emergency situation by steal Annaika Forbes’ 13-year-old dog, Taffy, while she moved belongings out of her soaking apartment.

“I was just going back and forth to the car bringing my stuff out, it was raining and just so much was happening,” Forbes told PIX11. 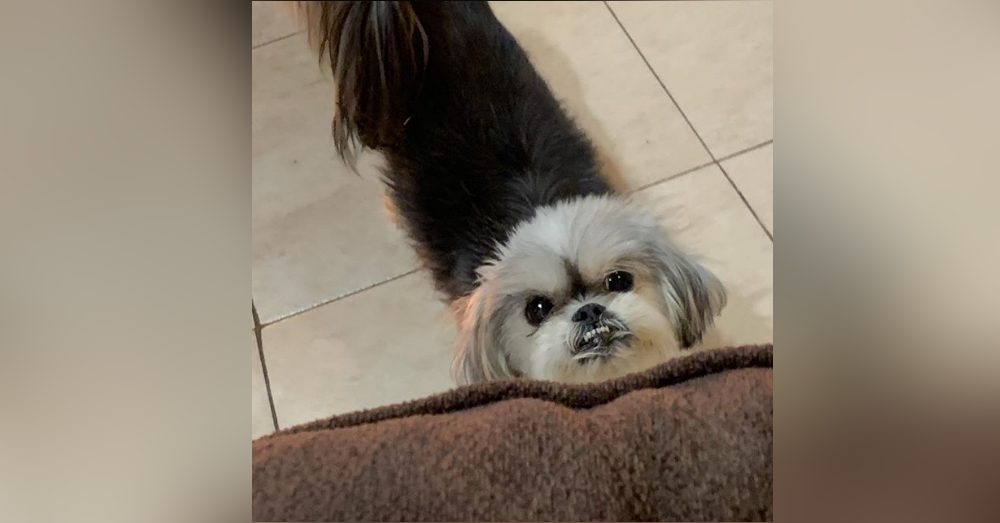 Fortunately, this unsettling scene was captured by a nearby surveillance camera, which shows the female thief quietly opening the passenger side door to pick up the friendly dog and walk her down the street. “She’s not a barking dog. She’s super sweet; she would go with anyone,” said Forbes, who is offering a $200 reward for her dog’s return. “I just want her back.”

Nobody deserves to have their dog stolen, but the situation is especially heartbreaking because Forbes is very active in her community, where she distributes brown bag lunches to New York’s homeless population. She’s also owned 13-year-old Taffy since the dog was just a puppy. Needless to say, she considers the sweet Shih Tzu/Pekingese mix to be family, and is desperate for her beloved pup’s return.

“Please return Taffy, no questions asked,” Ms. Forbes begged of the thief, who can be seen holding Taffy’s leash in the surveillance footage above. “She is my everything, I’ve had her since she was 3 months old.”

Please reach out to Forbes on her Instagram page if you recognize the dog-napper or have any information regarding Taffy’s whereabouts, and please share this story. Let’s reunite Taffy with her rightful family!