After rescuing 10 abandoned baby ducklings from a busy Michigan expressway, animal control officer Diane Desrosiers thought she’d help them out by bringing them to a nearby golf club pond.

Desrosiers may not have known it at the time, but she couldn’t have picked a better put-in.

Before long, the golf club’s own “pet duck” Stella had adopted the ducklings as her own, adding them to her already growing flock.

Desrosiers found the ducklings struggling near a highway in South Gate, Michigan. She stopped traffic to gather them up, and after having trouble locating their mother, brought them to the local South Winds Golf Club.

“Our pet duck, who we had named Stella, had hatched her family of nine 2 weeks ago near our cart shed, was swimming at the time,” the South Winds Golf Club’s resident golf pro Chris Grandy wrote on Facebook. “As soon as the officer put the babies in the water, without hesitation, Stella left her family and welcomed the new ones! Way to go Stella!” 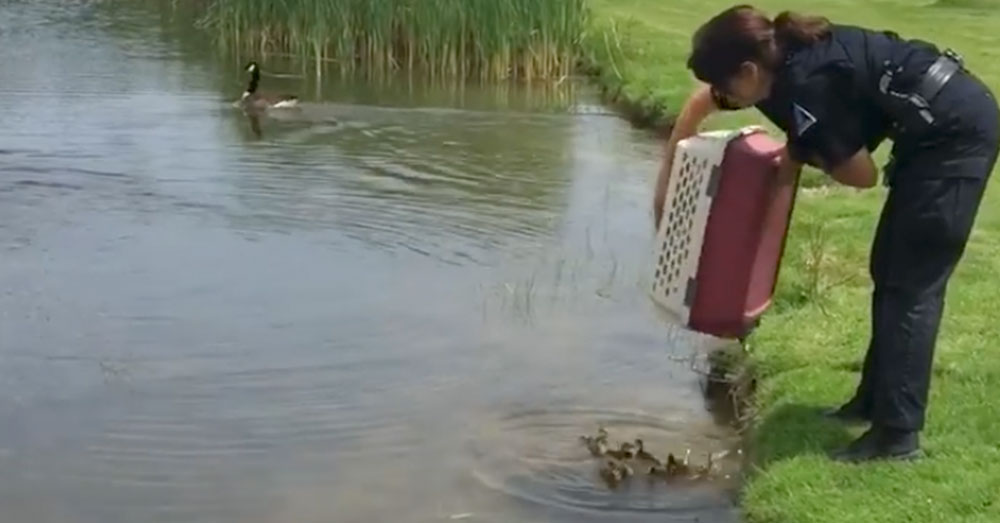 With 19 babies to look after, Stella certainly has her wings full. But she’s not complaining, and neither are her newfound fledglings.

“They lost their mom and now they got a new mom,” Grandy said. “It was the most precious kind of thing I’ve ever witnessed. It was such a motherly thing.”

See more on this adorable rescue in the video below!