This Cuddly Cat Wouldn’t Leave The Supermarket, So They Turned Him Into Bronze

We all want to be remembered for the good we’ve done in life. For six years at a supermarket in the UK, that embodiment of kindness and courtesy took the form of a friendly feline, who now has been indelibly cast in bronze.

The cat statue at the Morrisons supermarket in Saltney, UK is dedicated to the one of the furriest customers the shop has ever seen, and also one of the most memorable. Brutus the cat once strolled its aisles and greeted customers, sunned himself in windowsills, and hopped in a few carts. He was much beloved by those who shopped at Morrisons, Love Meow reports.

Sadly, a veterinarian confirmed Brutus had polycystic kidney disease in 2013, which would cut his life short just four years later. But every day until crossing the rainbow bridge on January 16, 2017, Brutus still made the Morrisons shop his home, sneaking in the back entrance, and occasionally being shooed out of it as well.

“Brutus isn’t allowed in there! He sneaks in the other entrance at the back which is near the pet food as he knows he’s less likely to be spotted!” the Facebook account for Brutus “The Morrisons Cat” posted. “As soon as they see him they remove him gently. He’s very cheeky.”

He’s also very much beloved by the supermarket and community. An art student who lives miles south of Saltney, in Hereford, once traveled to the Morrisons supermarket to present Brutus with a painting she made of him, the Chester Chronicle reports.

“Brutus won the hearts of thousands of local Morrisons shoppers as well as building a Facebook following from all over the world. The number of messages we’ve received has been overwhelming,” Claire Owens, Brutus’s mother, wrote on a fundraising page. 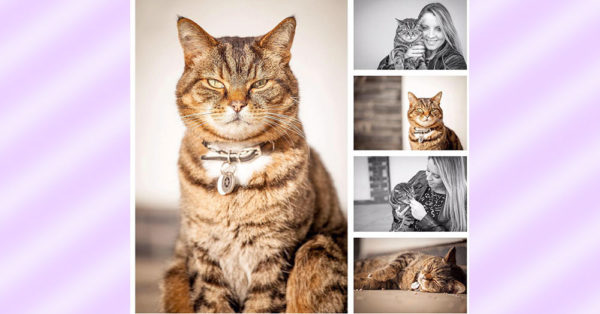 Thanks to donations from Morrisons shoppers, humans around the world, and the shop itself, Saltney area sculptor Jane Robbins was commissioned to create a bronze likeness of Brutus, which was dedicated on September 10.

“Over the years, Brutus became like one of the family here at the store,” Christine Joy, store manager at Morrisons Saltney, wrote in a press release. “Everyone loved our unofficial little store greeter, and we couldn’t be happier to be unveiling a statue that will celebrate his life and keep his memory alive.” 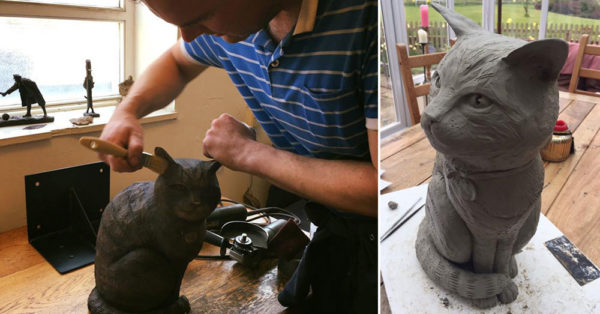 “It makes us happy to know that he brightened so many people’s lives and now people have something to remember him by,” Owens said. “We thought that a memorial to honour Brutus is only fitting, so that shoppers can still say hello to him.”

Brutus will certainly be remembered by many. See a video of him from 2016 below.

Cats are not as often considered historical figures as humans are, but when you’re talking about a group of 54 6-toed cats who all survived a hurricane by hunkering down in Ernest Hemingway’s island estate, there’s little to argue with. Click the button below to read more about how Hemingway’s cats survived Hurricane Irma!