Animal neglect is heartbreaking, but sometimes it reaches levels that are nearly unbelievable. One Spanish puppy was nearly starved to death, but she made an amazing recovery thanks to the dedicated care of one rescuer.Eduardo Rodriguez has been rescuing dogs since he was a child, but even he was taken aback when he first saw the puppy he would call Barilla. She was so emaciated that her bones were protruding against her skin, and she had no muscle mass. The young dog was so weak that she couldn’t even stand up under her own power. All she could do was move her head and her tail. Rodriguez chose the name “Barilla” because she was so thin that her legs and bones looked like spaghetti. 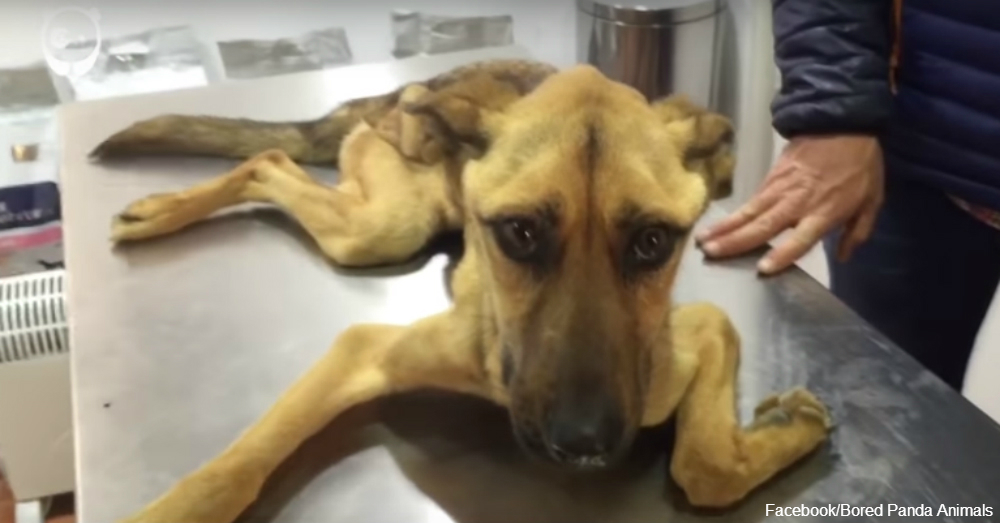 Many dogs would have died in that situation, but Barilla is a fighter. Her organs were on the brink of failure, but she was still going. Feeding a dog that has been starved is always a careful and intensive process, but Barilla’s extreme starvation required special care. She needed an IV drip for six hours before they could safely offer her food. Even after she had eaten and gained some weight, her muscles were so wasted that she could not walk. Rodriguez and his fellow rescuers had to create a special harness that comfortably supported her weight while they walked her to rebuild lost muscle.

After just seven weeks, however, Barilla is like a different dog. She has regained weight and strength, and even has a new home. Rodriguez was so impressed with this little dog’s fighting spirit that he adopted her personally. She lives with him and his five other dogs in Granada, Spain, where she never has to worry about neglect again.Little Barilla has a new lease on life thanks to the kindness of Rodriguez and other rescuers. You can do your part to feed other shelter dogs in need by donating as little as one dollar.