Close to 3.4 million acres of protected habitat were stripped from Northern Spotted Owls in 2020. With more than 70% of their habitat already gone, these imperiled birds are hurtling toward extinction.

“Robust critical habitat protections are essential to ensuring the survival of the northern spotted owl. The Trump administration’s arbitrary and sweeping reduction of protected areas was conducted without public input or scientific basis. Interior is reviewing the Trump administration’s rollback of northern spotted owl critical habitat designations to adequately protect this threatened species and the habitat it needs for recovery,” a U.S. Department of Interior spokesperson said in a statement emailed to The Washington Post.

The Biden Administration has since proposed a reversal to that decision, which could restore those 3.4 million acres of critical habitat to spotted owls.

“To use the U.S. Fish and Wildlife Service’s own words, Trump’s rule, which slashed critical habitat for northern spotted owls, was insufficiently justified, insufficiently rational, defective, filled with short-comings, and factually inaccurate,” said Kathleen Gobush, Northwest director for Defenders of Wildlife. “We are very pleased to see President Biden and FWS taking such quick action to withdraw the rule and reinforce  the conservation needs of northern spotted owls.”

Even before more than a third of spotted owl habitat was opened to logging and development, the species was in a tight spot. Spotted owl populations have dropped by 77% in Washington, 68% in Oregon and half in California, the Washington Post reports.

Spotted owls mate for life, and  each pair depends on a large territory of their own for hunting and nesting, The Peregrine Fund reports.

Their young can’t stand up for themselves, and without protected habitat, spotted owl couples could have nowhere to raise them.

Habitat loss is one of the key reasons we keep losing spotted owls, and the U.S. Fish and Wildlife Service believes that much of their unprotected habitat could disappear as early as 2030, The New York Times reports.

If those estimates are correct, spotted owl populations may never get a chance to rebound. Now is our best chance to make sure spotted owls get the protected habitat they need to survive. Click below to sign the petition and support efforts to restore critical habitat to the spotted owls! 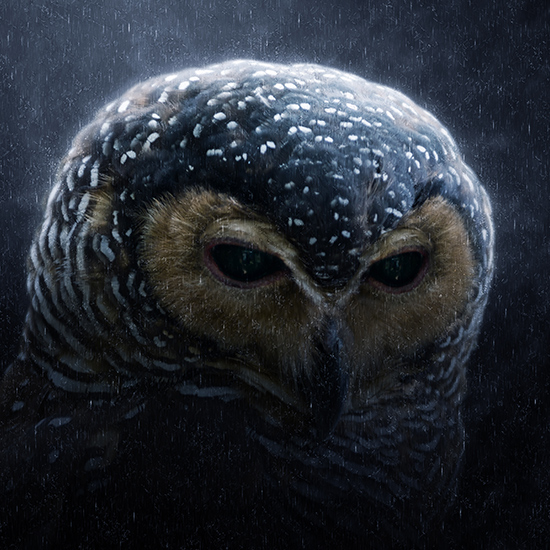 Habitat loss is one of the key reasons we keep losing spotted owls, and the 2020 decision to open 3.4 million acres of spotted owl habitat to commercial use has made matters worse.

Without protected habitat, these birds will go extinct in a matter of decades.

Sign the petition and support the proposal to restore the spotted owls habitat in the U.S.