Right before Christmas, Hope For Paws received a call about a homeless dog and his puppy living on the streets. A neighbor informed rescuers that the mother dog had sadly been hit by a car and passed away.

Rescuers quickly drove to the area to find the two dogs. Once they got there, they set up a gate to secure the area so the dogs wouldn’t run off. The puppy was very curious and went close enough to rescuers to snag a bite of food that they were offering. His dad, other the other hand, was much more cautious and kept his distance. 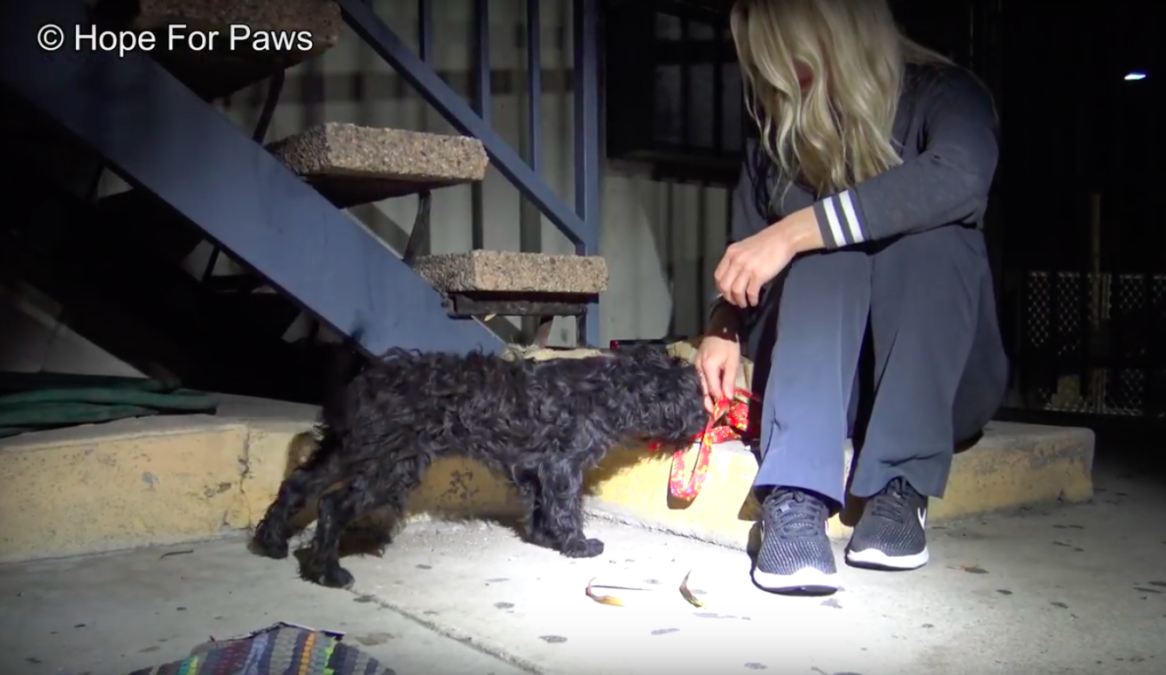 They fed the puppy some more food and were able to slip the leash around him while he was distracted. They decided to name this adorable little guy, “Speedy.”

Next it was time to get the dad. He was very scared and they knew they needed to gain his trust. One of the rescuers got close enough to pet him, and he allowed her to gently stroke his head. Eventually, she was able to get the leash around him as well. They decided to name the dad, “Sylvester.” 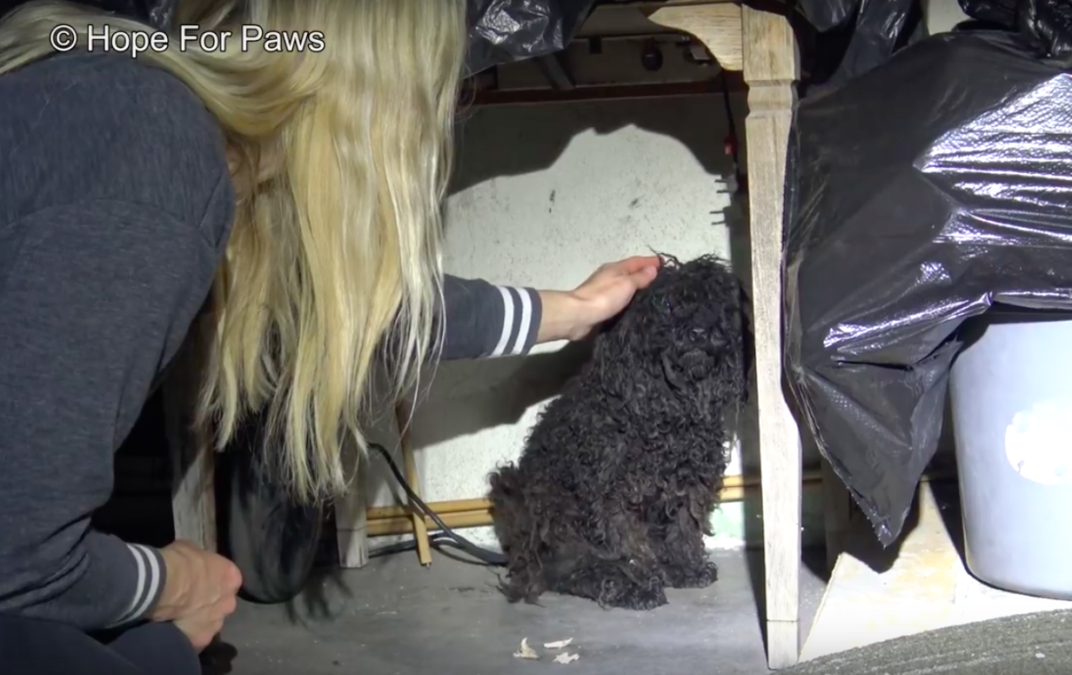 Once both of their leashes were on, they brought Speedy over to his dad so he would realize that these people were only there to help. Then it was time to carry them into the car and get them to the animal hospital to be examined. 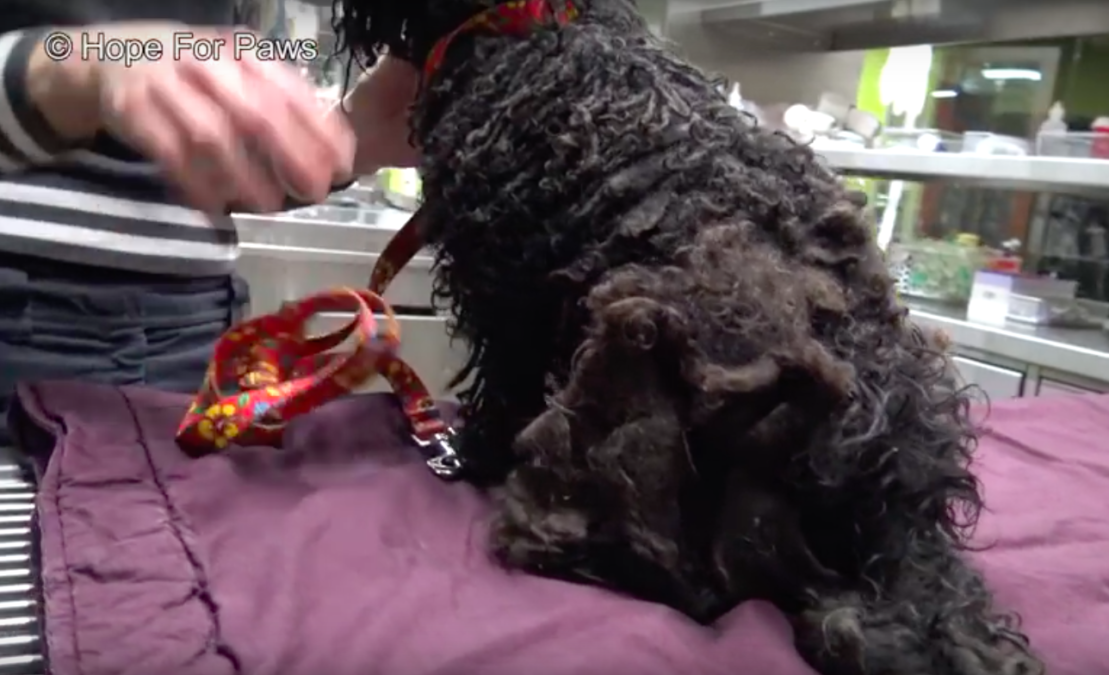 Once they were at the hospital in the light, they could see how dirty and matted these poor dogs really were. They shaved Sylvester down and gave them both a much-needed bath. They are clearly much happier now and feel so much better! 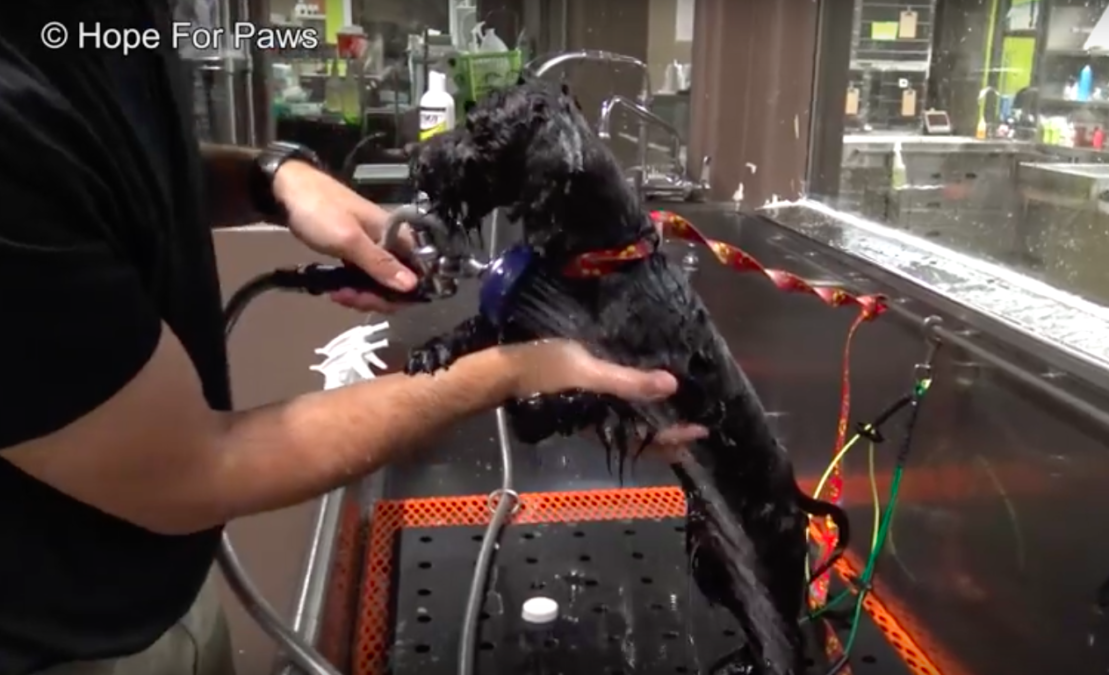 These two dogs did not deserve to be living on the street. Thankfully they were rescued and are now loving their new life. They are currently living in a foster home, awaiting a forever family to adopt them.