When it comes to galactic royalty, Gary Fisher is about as close as our planet has to a prince—a prince who misses his mother very much.

During a screening of the latest Star Wars film, The Last Jedi, fellow moviegoers were happy to see the pup’s ears perk up as his mother appeared on screen.

“The late Carrie Fisher’s dog, Gary, just watched ‘The Last Jedi!’ He sat on Fisher’s former assistant’s lap during the film. She said his ears perked up every time she was on screen,” reporter Veronica Miracle tweeted.

The late @carrieffisher's dog Gary just watched #TheLastJedi! He sat on Fisher's former assistant's lap during the film. She said his ears perked up every time she was on screen ❤️@starwars @ABC7 pic.twitter.com/2rCCGIi6Al

Fisher reprised the role of Princess Leia Organa once more for the film and made her final appearance in a star system long ago and very far away. As a demonstration of their unbreakable bond, Gary made a cameo in the movie as well.

The French bulldog is a little tricky to spot, but fans with a quick eye for cantina action will notice his furry alien face. 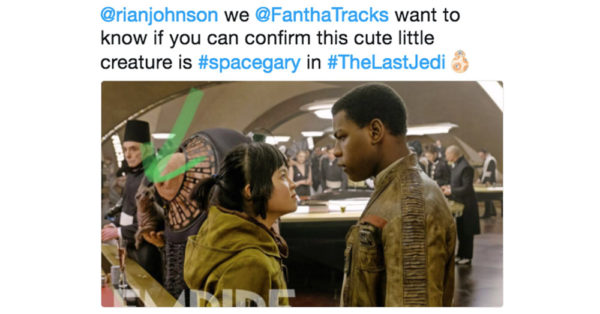 Gary hardly spent a second away from his mother during the filming of The Last Jedi, Popsugar reports. The pair was inseparable, whether on TV show sets or award banquets.

Since Fisher’s passing in December, 2016, Gary has been living with the actor’s daughter, Billie Lourd, and later with her former assistant, Corby McCoin. 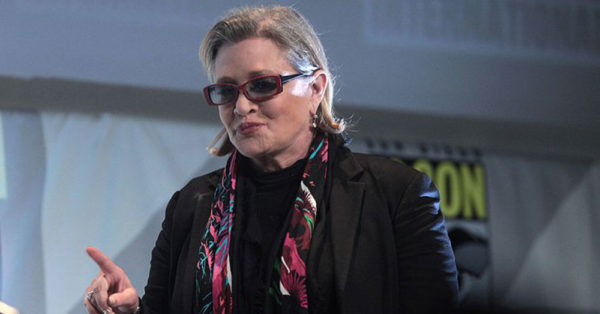 Those with plans to see the film will get a chance to see Gary about halfway in, to the left of actors Kelly Marie Tran and John Boyega, playing Rose Tico and Finn, respectively.

We wish the best to Gary as we say farewell to Princess Leia. Their adventure may have been more extraordinary than most, but the reality of life for shelter pets is much less lovely. Millions of shelter animals face uneasiness and anxiety every day, waiting for the right forever family to come along. But there’s a way you can help.

Show your own pet how much you care, and lend some crucial support to shelters across the country, by clicking the button below!