In shelters across the country, so many homeless dogs are overlooked. It’s hard for them to show their true colors while locked in a cage.

The stress of being in a shelter environment often overshadows who these dogs really are. Incessant barking, cage doors slamming, diet changes and lack of exercise can change a dog’s natural behavior. Also, how can a dog show you who he or she really is while locked in a cage? There’s no room to run and be their goofy, playful selves! 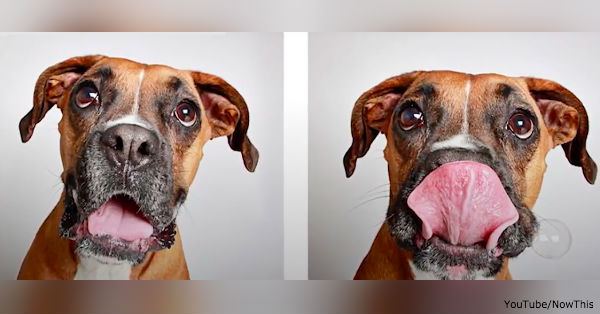 But now caring shelter workers and volunteers are taking the next step: they’re using social media to share available shelter dogs with their adorable faces, cute quirks and winning personalities.

This dog, in video featured below, named Ginger Rogers, got her adorable name because she loves to dance! A shelter worker captured her amazing moves on camera and then uploaded the video onto Facebook. The video then made the news and was picked up by at least a dozen sites. Soon after, Ginger Rogers found her forever home! And became uber famous!

And how can we forget Earl! This guy LOVED to lie on his back with his paws up in the air and wait for belly rubs when his cage door opened. I mean, who could resist that?! But Earl was overlooked until a smart volunteer filmed his adorable routine and put it on Facebook. That night, the shelter was FLOODED with adoption applications and he found his forever family that night. Now that’s what I call A-Mazing!

Then, we have the makeover approach. For years we saw the ASPCA commercials with the sad music playing, asking for donations. Instead of the sad-teary eyed tactic, the Humane Society of Utah decided to fill your eyes with happy tears by taking glamour shots of available dogs. They used props, silly poses and candid goofy images to make these dogs just too irresistible to pass by.