Minnesota winters are harsh with freezing temperatures and heavy snowfall. It is no place for a stray dog, especially one with six puppies.

Mama dog was doing her best to survive and protect her puppies but they desperately needed shelter and food. With nowhere else to go, mama dug a hole in a snowdrift and wrapped her body around her puppies. 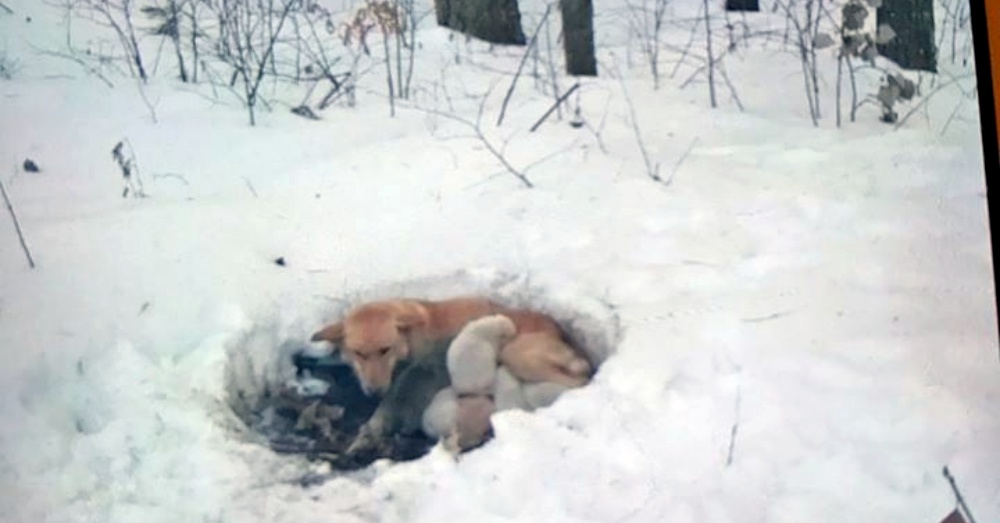 Thankfully, a family spotted the dogs and rushed them to Red Lake Rosie’s Rescue. The dogs were rescued just in time because mama had stopped producing milk and the three-week-old puppies were starving.

Rescuers believe Snowbelle, as the rescue later named her, gave birth to her puppies in the snow and it was a miracle they survived. 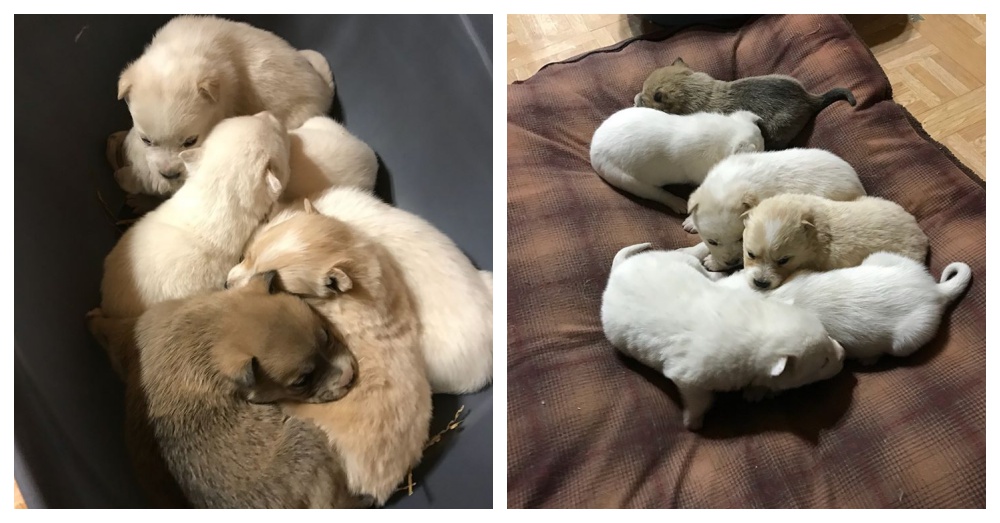 “After a few days of warm shelter and good food Snowbelle started producing lots of milk for her babies,” posted the rescue. The puppies quickly grew and were put up for adoption. Four of the darling pups were immediately adopted into loving homes. 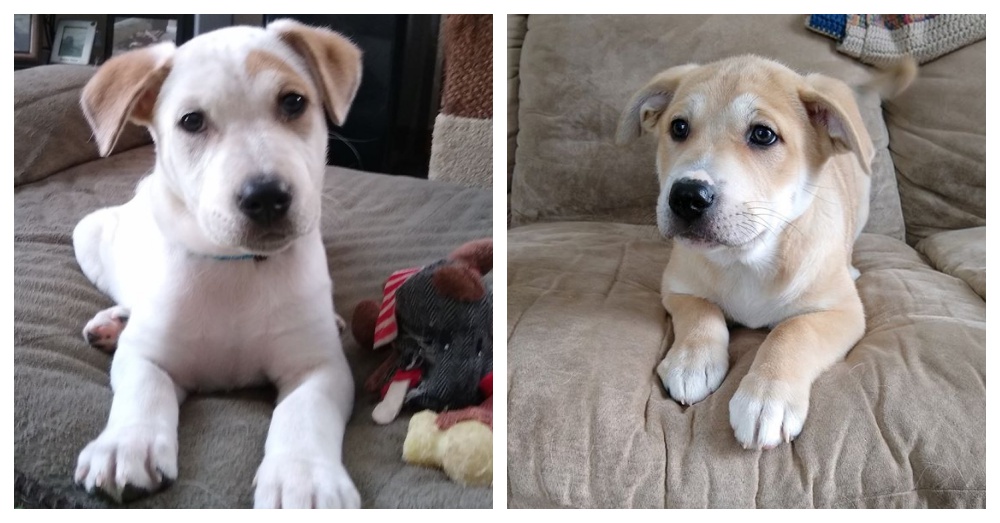 Snowbelle, who has been renamed Asha, and two of her puppies are currently in a foster home waiting to be adopted. The rescue thinks they are Golden Retriever/Aussie mixes. The two remaining puppies, Barry and Della, are 9-weeks-old and absolutely adorable. They are looking for families that are ready and willing to train and love them.

Sweet momma, Asha, is looking for a quiet forever home while she learns to trust humans. Over the past six weeks, she has really progressed and is more outgoing. The two-year-old is spayed, house trained, and good with other dogs. Not to mention, a survivor with a heart of gold. 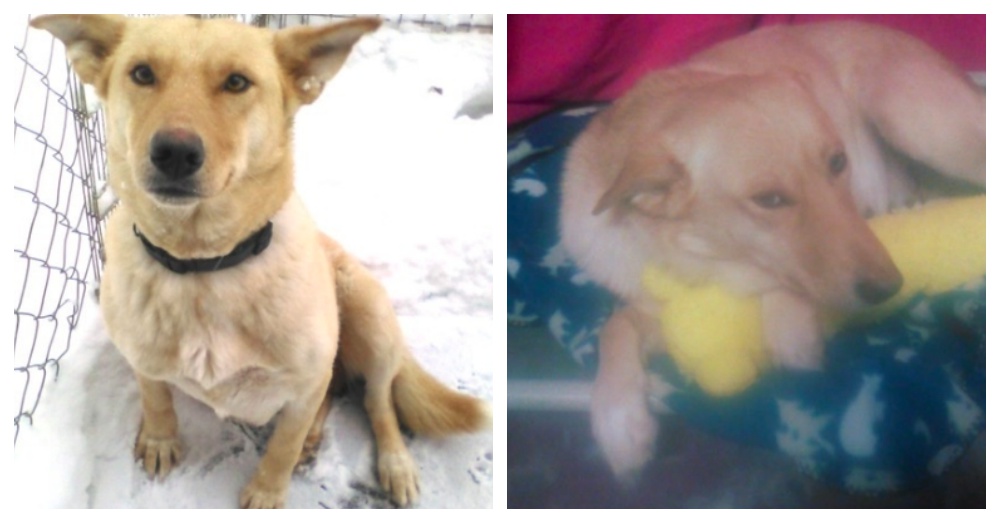 Followers of the rescue praised Asha on her unconditional love for her puppies. One person wrote, “Think of how hard she must have fought to keep her pups warm and alive out there, all while trying to survive herself. What a special mama she is 💜.” Another said, “She’s a good mama. More people should be like her. So precious!”

Family Throws Birthday Party For Senior Dog, And He Couldn’t Be Happier: Click “Next” below!