When Kyle Smith was deployed to Kyrgystan, he wasn’t sent on his own. He was paired up with a German Shepherd named Bodza.

They were a great match, and fast friends.

Bodza was skilled at his job, Videostory reports. He was a great companion, as well. The pair were bonded through blood and sweat, and when Smith’s tour was over, that bond wouldn’t be broken so easily. 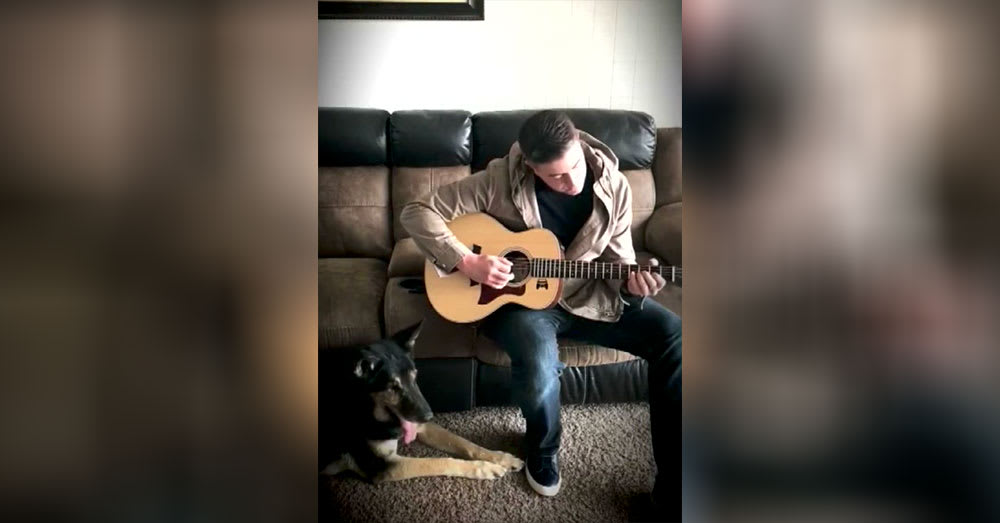 Smith fought to adopt Bodza, but at 11 years old, the dog was already feeling the effects of old age. He was having trouble walking without pain. The veteran took Bodza to a veterinarian, where he learned the sad truth; his dog was suffering from an inoperable spinal cord condition.

Bodza did not have long to live. 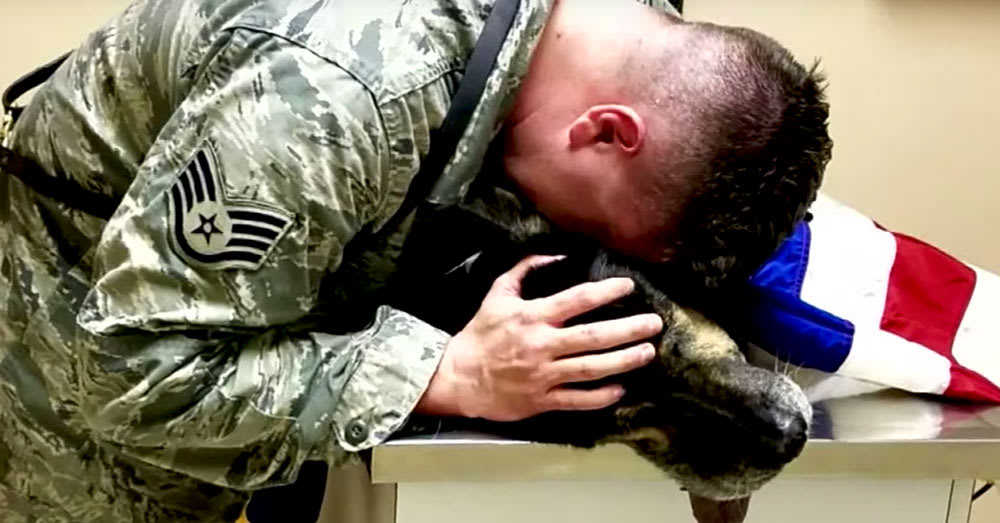 Source: YouTube/Inside Edition
Smith places his head on Bodza as the dog is put to sleep.

Smith knew he could not allow Bodza to live in such great pain. It was a hard decision to make, but he eventually took the dog in to be euthanized.

Smith cried as Bodza lay lifeless in his arms. Bodza had lived up to his expectations in the military, but he had proven much more as a friend. Smith tried to hold back his tears in front of superior officers as Bodza drifted away. 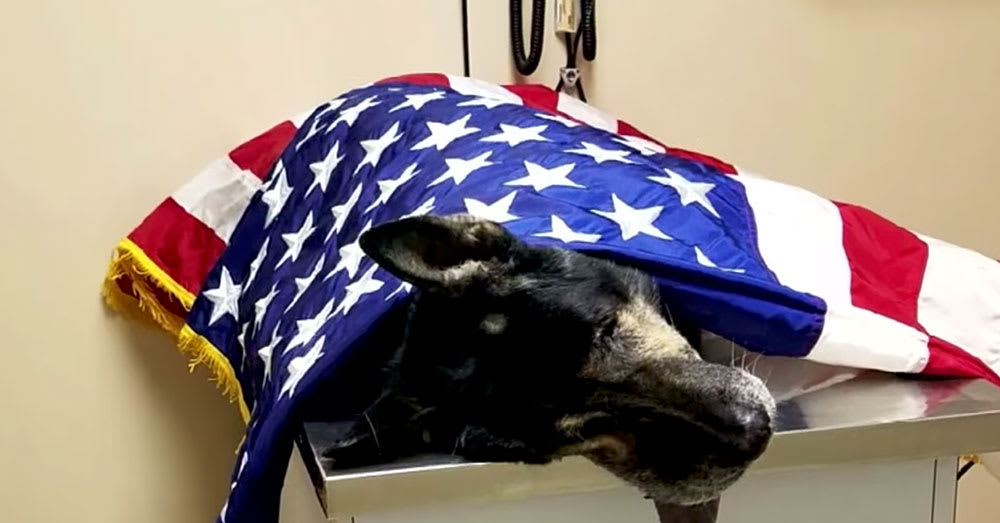 And then someone spoke out.

Smith’s boss came into the room and asked for an American flag. As the veteran said his final goodbyes to his friend, the flag was draped over Bodza’s body. 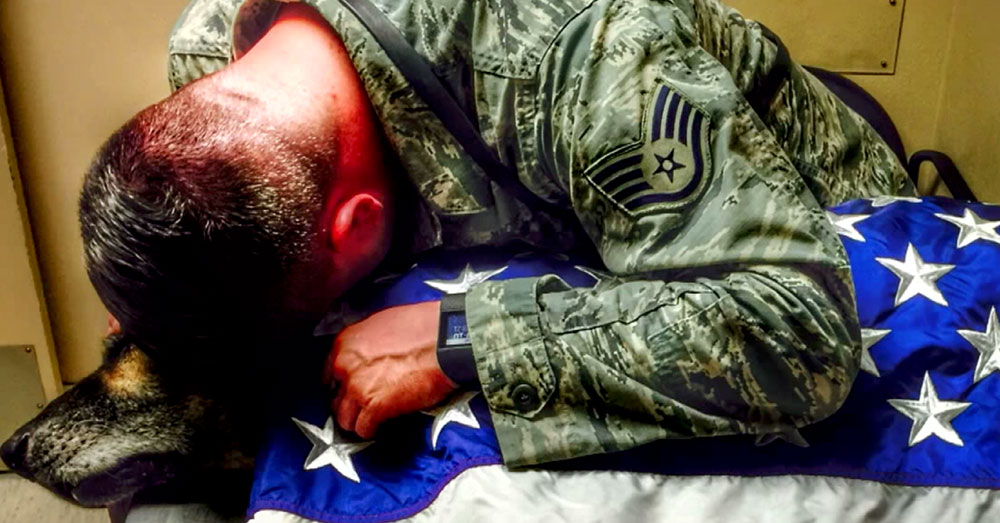 This simple act left the whole room in tears. Watch the emotional story in the video below.

Click the link below for more ways to support K-9 veterans and animal rescue shelters.