The Iditarod has long been criticized for its inhumane treatment of dogs, and not without reason. Animals are pushed far beyond their physical limits, beaten, and purposefully aggravated in the yearly 1,000-mile trek to Nome, Alaska.

And now, they’re being forced to take drugs.

A few of the dogs in this year’s Iditarod Trail Sled Dog Race tested positive for tramadol, an opioid pain reliever, NPR reports.

The dogs were tested just 6 hours after finishing the race, a practice race officials have applied to the first 20 teams to cross the finish line every year since 1994.

This marks the first time dogs in the race have ever tested positive for “a prohibited substance.” 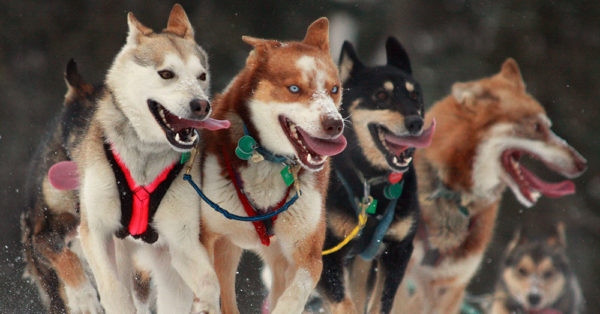 “No oral or topical drug which may suppress the signs of illness or injury may be used on a dog,” states rule 39 of the Iditarod race code. “No other drugs or other artificial means may be used to drive a dog or cause a dog to perform or attempt to perform beyond its natural ability.” 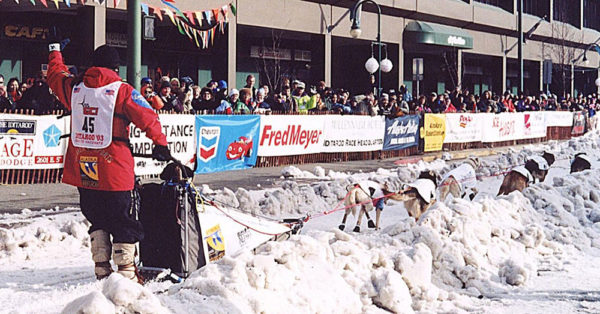 Source: Wikimedia Commons
A musher and his team begin the race.

Iditarod board member and sled dog racer Aaron Burmeister told the Associated Press that all of the dogs that tested positive were part of the same team and could have been given the drug as early as 15 hours before the race began. 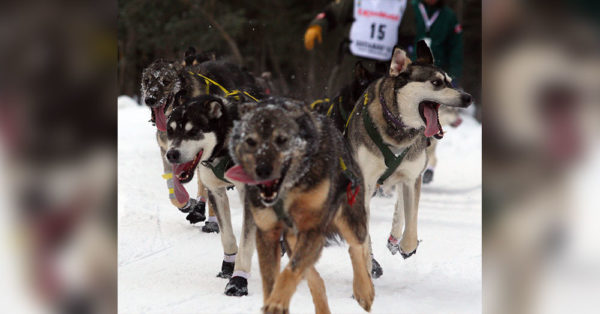 “It’s not a good situation,” Burmeister said. “I’m hoping that we can turn a positive light on it and the musher steps forward.” 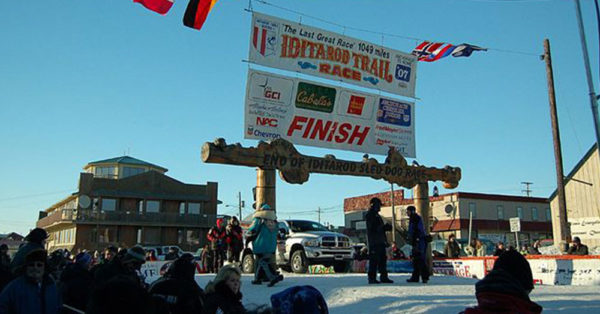 Source: Wikimedia Commons
The finish of the Iditarod race.

The Iditarod has long been controversial for its treatment of sled dogs. They’re whipped and driven to run more than 100 miles a day in sub-zero temperatures. And while the power to keep those dogs safe lies with the State of Alaska, exemptions are actually in place precluding the dogs from protection under animal cruelty laws.

Hardly an Iditarod has been held in which a dog did not die, but you can help. Click the button below to make a difference!