Thousands Of Dogs Were Slaughtered Before The Last Winter Olympics — Could It Happen Again?

The Winter Olympic Games bring together some of the finest athletes on the planet and draw massive crowds. In 2014, at least three billion were estimated to have watched the Sochi Olympics. Even more will see them take place in South Korea.

Sadly, far fewer understand the plight that faces the stray dogs of these areas. In the days leading up to the event in Sochi, the strays were gathered up off the streets, only to be slaughtered.

Officials used several methods to exterminate the dogs, but some of the most inhumane involved poisoning the animals.

“They always poison the street dogs here,” Sochi resident Yulia Krasova told CNN in 2014. “But in December it got terrible … they began poisoning the animals terribly before the Olympics.” 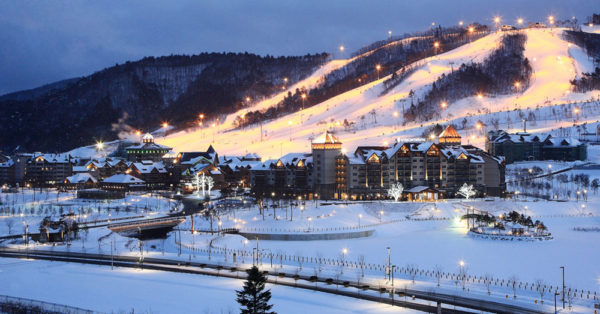 Source: flickr/Republic of Korea
South Korea will host the 2018 Winter Olympics in Pyeongchang.

The poisoned dogs were found in public places, convulsing in pain and barking out of fear. Krasova herself found one while leaving a movie theater in downtown Sochi.

“At first I thought someone beat the dog,” she recalled. “The dog jumped up and started running around in circles. Then she fell down and started spitting up … I called the veterinarian. He said there is a 100% guarantee the dog was poisoned.”

While Sochi leadership claims the animals were “collected by a professional veterinary contractor for the well-being of the people on the Park and the animals themselves,” as an official statement read, there was little evidence that the animals were being released after passing a health check. 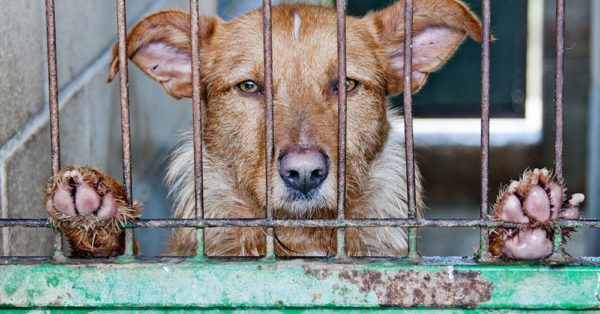 Further investigation found that the city had paid the equivalent of around $2,800 to a company called Basia Services to trap and gather the stray dogs.

As the Winter Olympics prepares for the next scheduled games in February, 2018, in South Korea, animal rights advocates are once more preparing for a fight to save the dogs. The dog meat industry has continued to operate without effective oversight, even since restaurants that serve dog meat were banned in the mid-1980s.

According to the Guardian, dog meat sellers can avoid South Korea’s meat regulations, as dogs are not considered livestock. They are only punished for slaughtering the animals in public, which is prohibited in the country’s animal protection law. 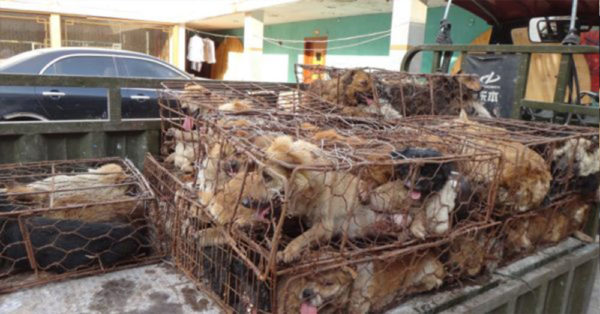 Source: Humane Society International
Dogs are stuffed in cages in the meat trade in Yulin, China.

Some of the shops at Moran market in Seongnam, one of South Korea’s largest dog meat markets, have already been closed, presumably for the duration of the 2018 Olympic games, but the dog meat trade remains strong in other areas. As many as 80,000 dogs a year were traded out of this market up until the brutal truth was revealed and world leaders began to take notice of the cruel practices at play.

Dogs were being electrocuted, strangled, hanged, and beaten. And for nearby residents, the smell is unbearable. 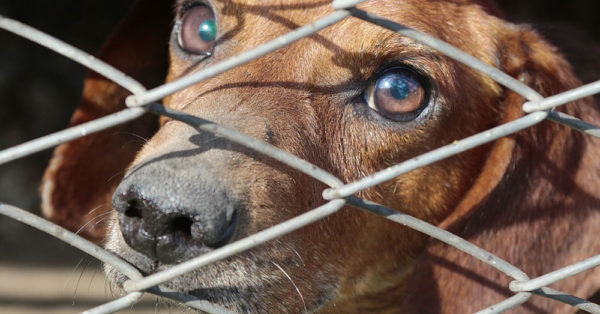 During the Winter Olympics in Sochi in 2018, Games Chief Kin Jin-sun denied that the dog meat trade existed in South Korea.

“It cannot be raised at Games time because there is no practice of eating dogs in Korea,” he said.

But according to the Korea Observer, the country’s Agriculture, Forestry and Fisheries Census from 2010 lists 892,820 dogs being kept at 100,191 farms, where they are most undoubtedly being raised for slaughter. 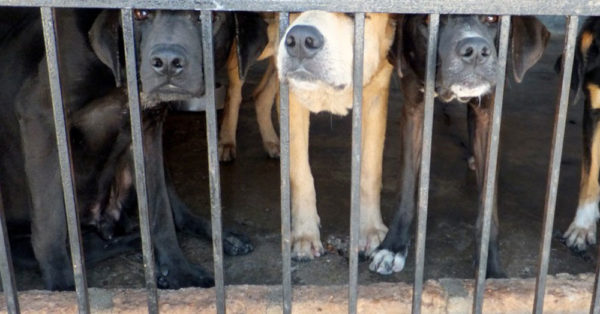 The dog meat trade is brutal and skirts the lines of law and humanity. It currently stretches into India and China, where progress is being made to ban the practice. Unless South Korea implements serious and sweeping changes, the country stands to lose a lot of business as the rest of the world learns just what is happening in these meat markets. Click the button below to make a difference and boycott the 2018 Winter Olympics.

Animal rights activists still shudder at the disaster that was the 2014 Winter Olympic Games in Sochi, Russia, where thousands of stray dogs were rounded up and killed leading up to the games.
Somehow, another country with a horrendous animal rights record was awarded the winter games next: South Korea, a nation which mistreats and eats dogs.
Make a difference