It wasn't too long ago that Dr. Siew Tuck Wah spent most of his days operating on patients who came to The Sloane Clinic for treatment. The successful cosmetic surgeon lived the good life, but he truly discovered his destiny after rescuing a stray dog he chanced upon at a construction site. The dog, later named Cinnamon, was saved from a beating at the hands of construction workers. Dr. Siew empathized with the pain and suffering of street dogs such as Cinnamon, and he decided to devote his life to helping them find loving homes. 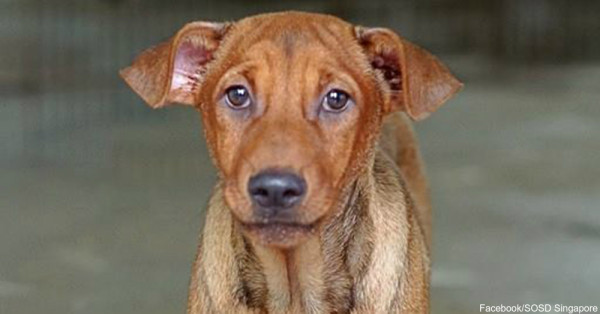 Dr. Siew, who grew up afraid that dogs would bite him, didn't become a dog owner until his roommate wanted to get a dog. Realizing that he loved dogs, Siew acquired a second dog. He might have stopped there, but destiny intervened the day he rescued Cinnamon. Siew decided he wanted to do something to help street dogs, so he began volunteering at Save Our Street Dogs, an organization devoted to rescuing homeless dogs and assisting with their adoptions. 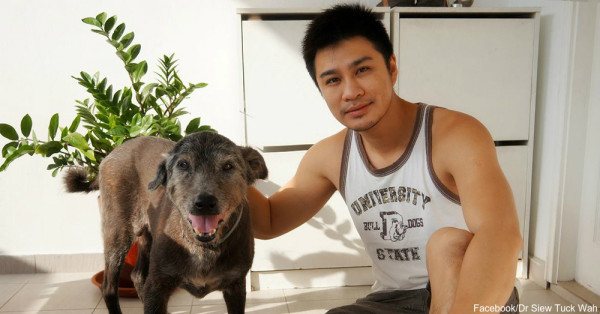 Even though Siew had a busy surgical schedule as a doctor, he agreed to serve as president of SOSD, a position he's held since 2012. For a while he balanced surgical duties and dog saving, but SOSD operational costs were climbing upwards of $40,000 per month. That's when Dr. Siew made the crucial life decision to give up his position at The Sloane Clinic. To him, giving street dogs a chance at a better life was more important than performing cosmetic surgery. An estimated 5,000 homeless dogs roam the streets of Singapore, and most have nowhere to turn for food, shelter or love. Dr. Siew is determined to change the way street dogs are viewed and treated in his country. Now that he is free to devote a majority of his time to the cause of saving dogs, he's helping spread the word about the benefits of dog adoption.

Check out these personal stories about adopted pets.