While the BBC has taken the liberty to change or update many elements of the original Sherlock Holmes stories, one alteration wasn’t expected. In “The Six Thatchers,” a modern day retelling of Conan Doyle’s “The Six Napoleons,” the hound that the titular character relies on is strikingly solemn.

“It didn’t move! That was an immobile dog,” said Sherlock co-creator Steven Moffat after a screening of the episode. “You know that little scene, which is my favorite scene in that sequence, me and Mark Gatiss wrote that on the street to account for the fact that the dog wouldn’t move! It just sat there.”

According to Amanda Abbington and Martin Freeman, playing Mary and John Watson, respectively, echoed Moffat’s sentiments. The dog, whose name is Toby, doesn’t like people, or crowds, or busy streets, or open spaces, the actors agreed.

While Moffat says he’s always wanted to use a bloodhound in the series, he had a decidedly different image in mind.

“I’ve always wanted to put it in. My god did we regret it,” he said.

Regretful decision or not, fans of the show have already started requesting extra lines for Toby.

There are four episodes scheduled for the fourth season of series, known for both its respectful interpretation of the original work, and exciting modernization. “The Six Thatchers” is the second episode of the season, to be followed by “The Lying Detective” and “The Final Problem” later this year.

Abbington and Freeman remain cast for the fourth season, along with Benedict Cumberbatch, who plays the eponymous Sherlock. 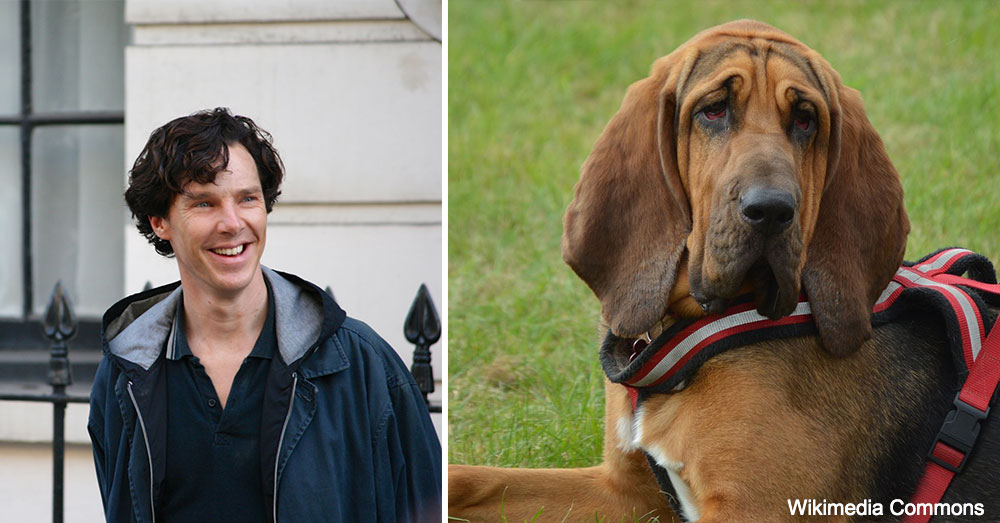 If this detective story leaves you yearning for some more to sniff at, follow the link below and test your knowledge of dog noses!