If there’s one dance craze we can’t get enough of, it’s “The Git Up Challenge.” For months, people from all over have been uploading videos of themselves performing the viral line dance. While the steps and the music are the same, it’s up to the participant(s) to add their own creativity.

We’ve witnessed everyone from police officers to fun-loving dads show off their “cowboy boogie” skills. Really, no one has been left out – but it’s not every day that you see a horse get down to “The Git Up!” 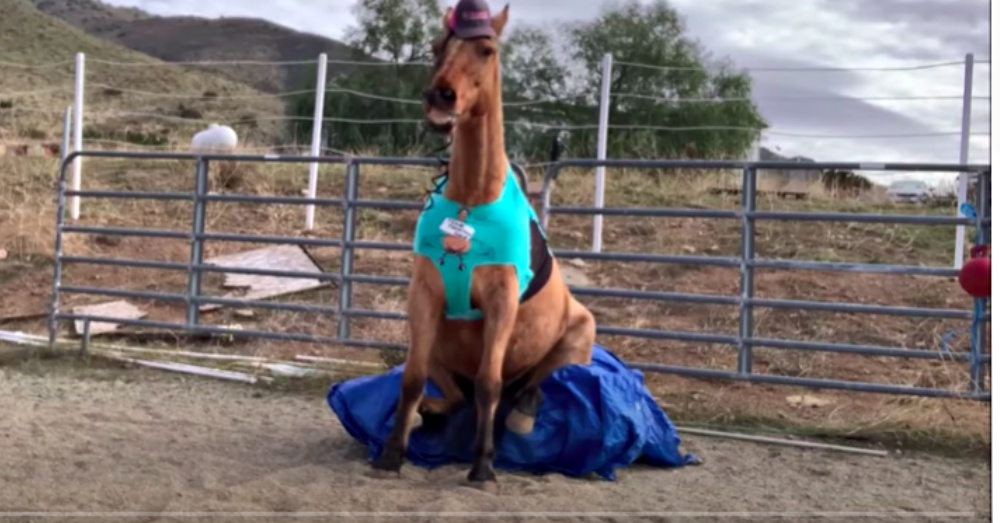 Adriane DeWolfe from Southern California is the owner of a beautiful mustang named Toaster. Although training is a normal part of owning a horse, what she taught Toaster has the internet grinning from ear to ear. 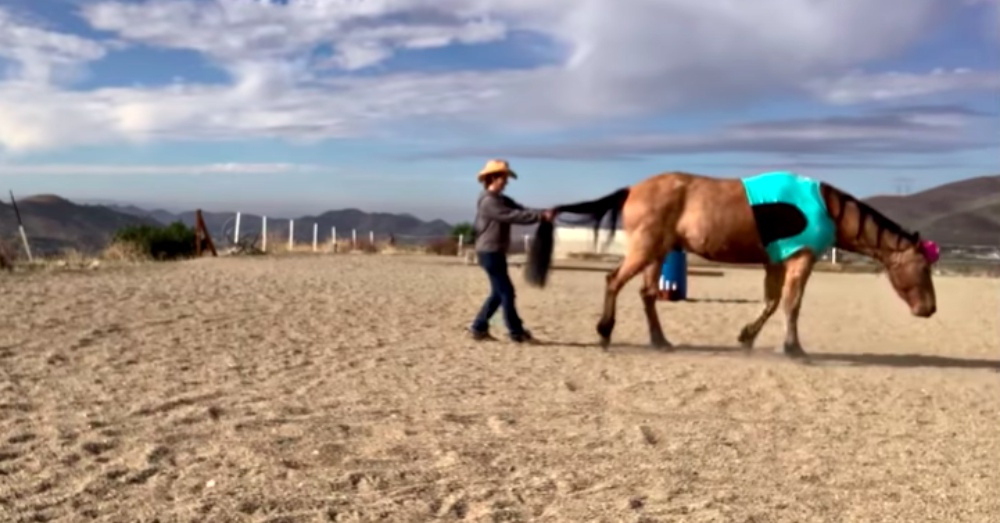 Get ready for a Git Up Challenge duet where a horse is the one stealing the show! He’s even dressed for his performance in a t-shirt, baseball cap, and has his hair braided too. I mean, if you’re gonna do it, you might as well do it up, right?

With Blanco Brown’s country-rap song playing in the background, Adriane and Toaster follow the dance routine in their own special way.

Together they do the “two-step” and perform a good spin in the dirt. Adorably, Toaster even joins in on the “whoo, whoo, whoo” part. Just look at that happy face! 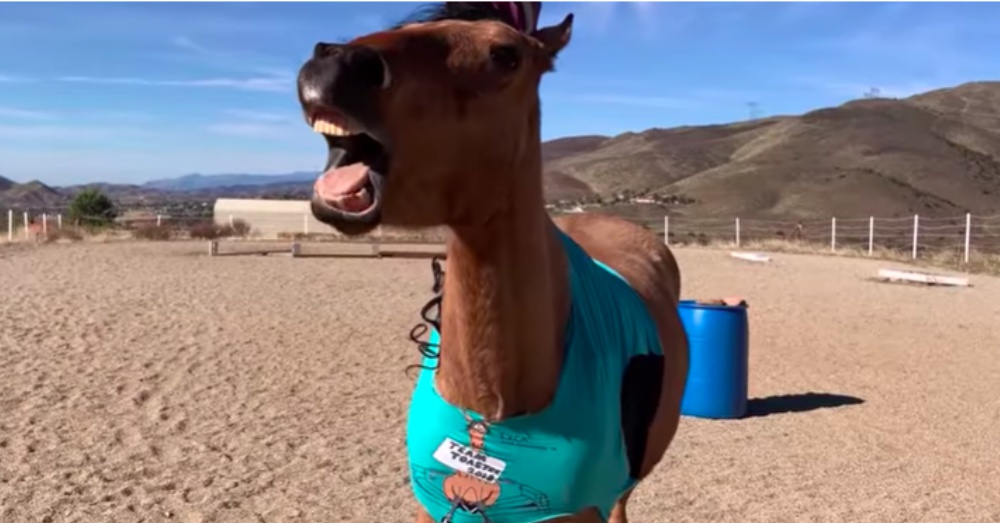 Oh, but these two are just getting started.

Adriane guides Toaster while going through the steps of “The Git Up,” and really – he’s quite good. He follows her “to the left to the left” and “to the right to the right.” Not only is it super-cute, but it also looks like they’re having a blast. 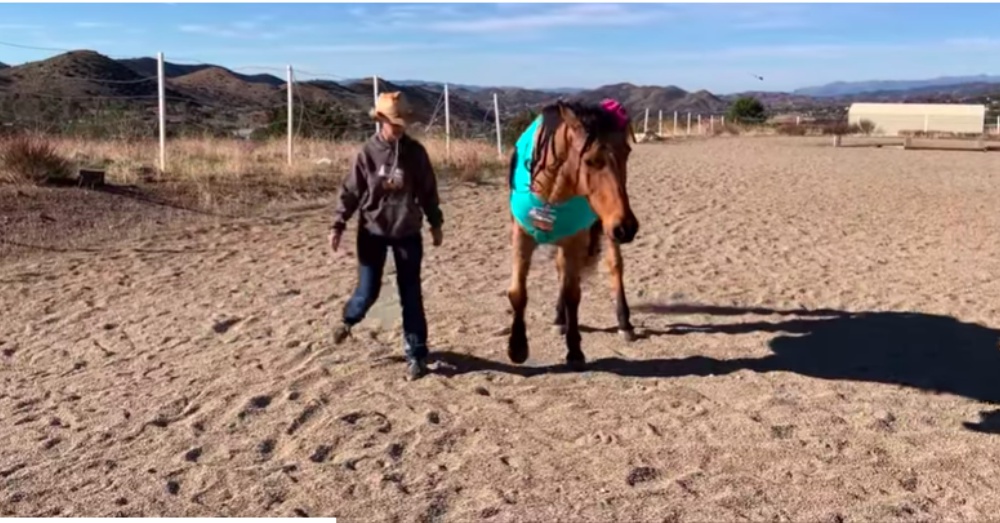 As mentioned before, people everywhere have taken on The Git Up Challenge, which has its own viral dance routine. Blanco Brown even created a tutorial teaching viewers the steps.

Like countless others, trainer Adriane decided to take on the challenge. Only in her case, it surely took a lot more time and effort to teach a horse how to bust a move!

According to Adriane, she used a combination of techniques, including “a mixture of clicker training and pressure/release” for the line dancing. 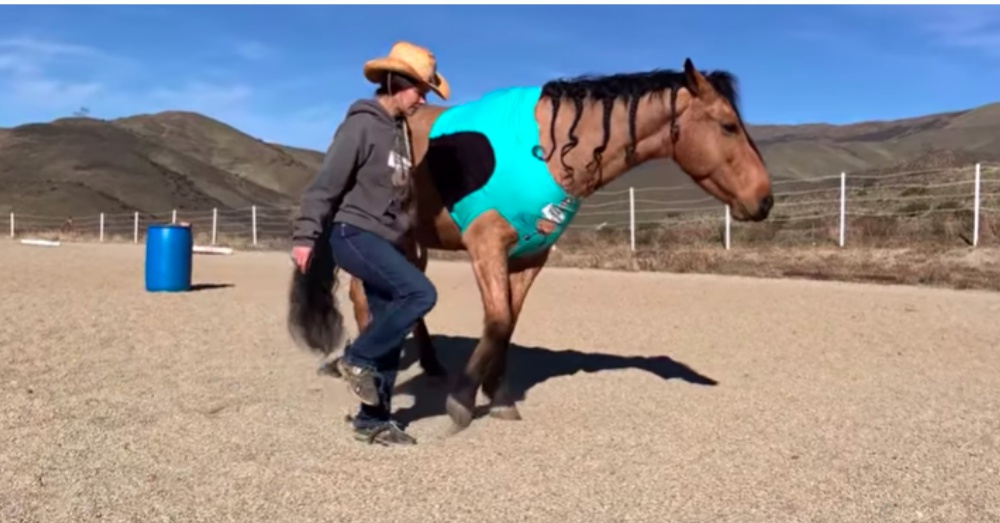 After the duo created their unique video, Adriane posted it on her Facebook page. She wrote:

“So.. Toaster and I have been working on a project for some time now. I hope this makes people smile.”

Make people smile is exactly what their Git Up Challenge performance did. In fact, it’s been shared more than 26K times in just over two weeks! She also posted the video on her YouTube channel as well. 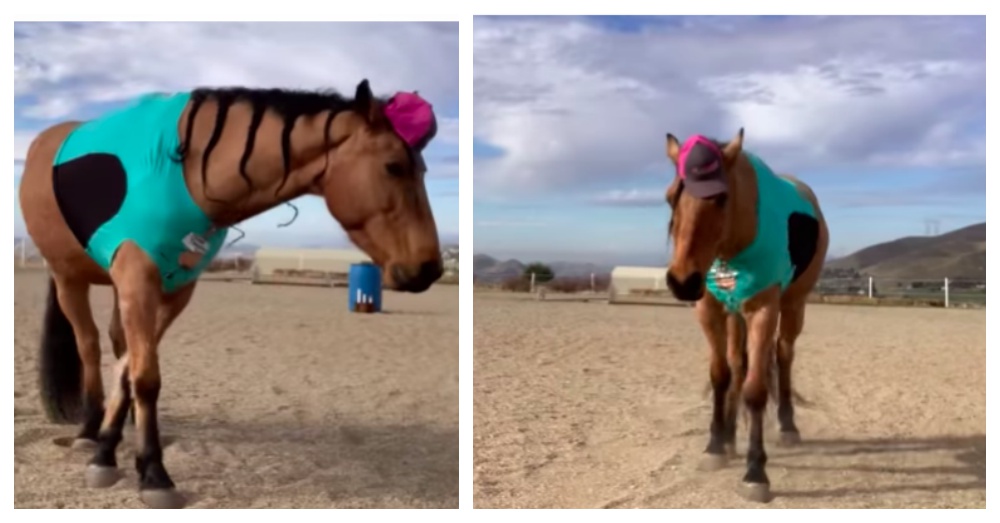 The video itself is a mixture of all the good stuff. It’s adorable, it’s comical, it’s impressive – and there’s even a heart-melting part too.

Towards the end, Adriane and Toaster embrace for the sweetest (and biggest) hug ever. Aww! 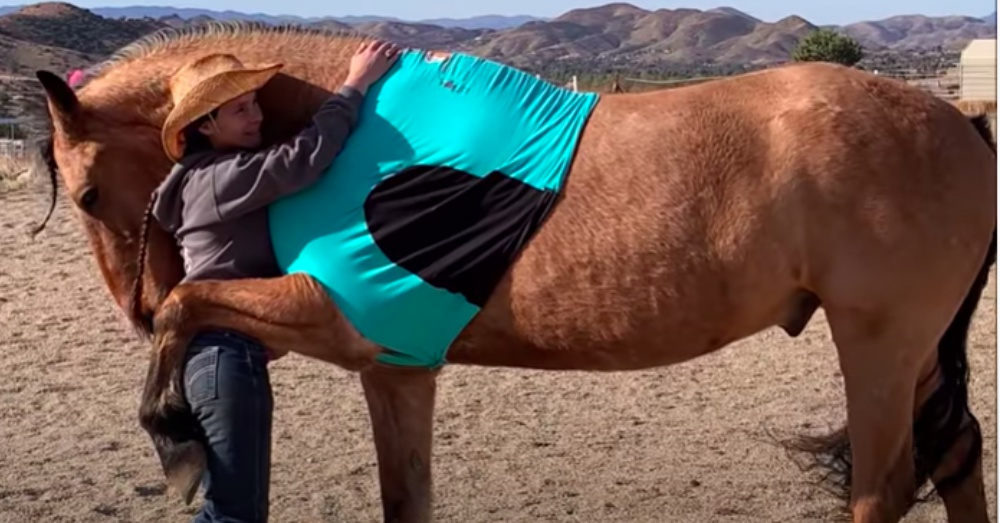 “Wow! This is the best thing I’ve seen all week. You are so talented and so is your horse! I absolutely love it! I love his name too!”

“Awesome job! I love this and have watched over and over, you are both stars in my eyes…”

It’s an epic Git Up Challenge video you don’t want to miss! You can enjoy it for yourself below… Who knows what we’ll see next?