After following up on a call reporting possible animal cruelty and speaking with Rollins about the video of Camboui’s gruesome death, Fayetteville Animal Control notified the sheriff’s office on April 19. According to NBC affiliate WCSH6, Rollins offered nothing but excuses as to why Camboui was killed. Heng turned himself in on April 24, and Rollins was arrested the following day. Later that year, Rollins committed suicide. 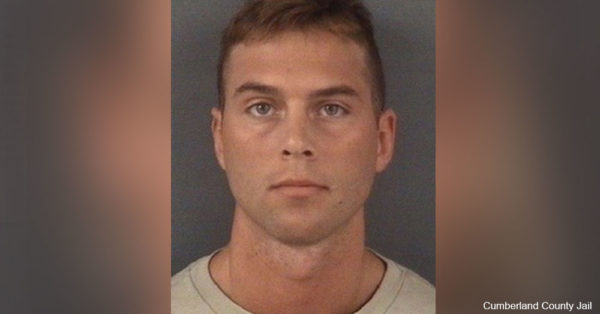 For many, service dogs represent a guiding light through life’s darkest times. The hope and support they bring to their handlers, whether they suffer from physical or mental disabilities, is nothing short of a miracle.

Military veterans, especially, have benefitted from the support of service dogs as they face the nearly insurmountable challenge of returning to civilian life with PTSD, traumatic brain injury, or physical disabilities.

Service dogs are essential to those who need them, and former Pvt. Rollins and Heng, who reports to the Army Special Operations Command, now face felony animal cruelty charges for the murder of one.

Rollins can be seen in the video below in 2014, before leaving the military, sending well wishes back home to Maine from Camp Casey, Korea.