A Texas fisherman was hoping for grouper or trout when he dropped his line in the water, but found he’d accidentally hooked an endangered sea turtle off Texas’s North Padre Island.

Fortunately, the man quickly dialed the Texas SeaLife Center, which immediately rushed to the injured animal’s aid. Unfortunately, rescuers also realized the turtle, whom they’d come to call Captain, had swallowed the fisherman’s bait, hook, line, sinker. The only thing to do was get him back to the center for medical care. 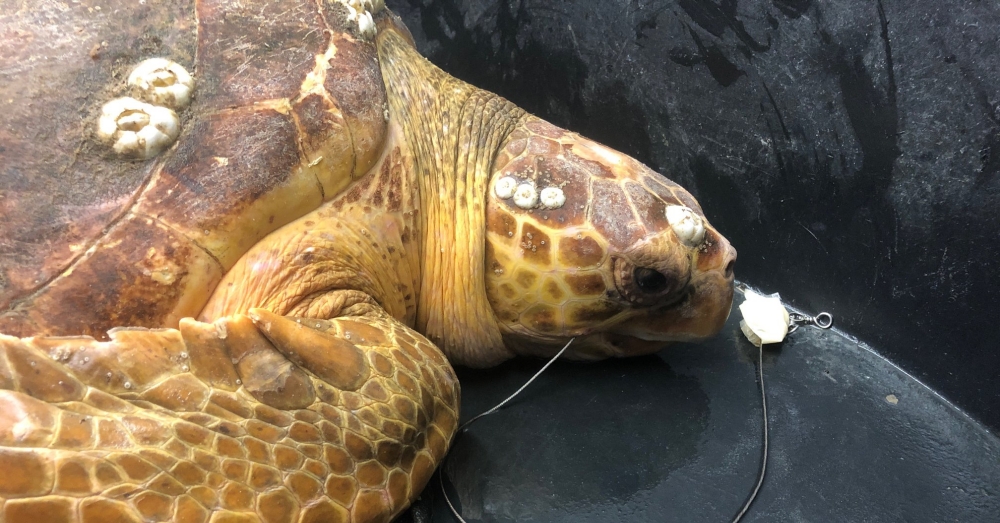 “He was in very good condition aside from swallowing the hook,” the center’s director of rehabilitation, Amanda Terry, told The Dodo. “His bloodwork was within normal limits. Radiographs were taken to determine where the hook was, and if we could remove it or not.”

Unfortunately, X-rays found the hook was resting in the turtle’s esophagus, requiring an emergency surgery. Rescuers quickly prepped the animal, whom they’d come to call Captain, for emergency surgery. Everything went well, and before long the hook-free Captain was on his way recovery. 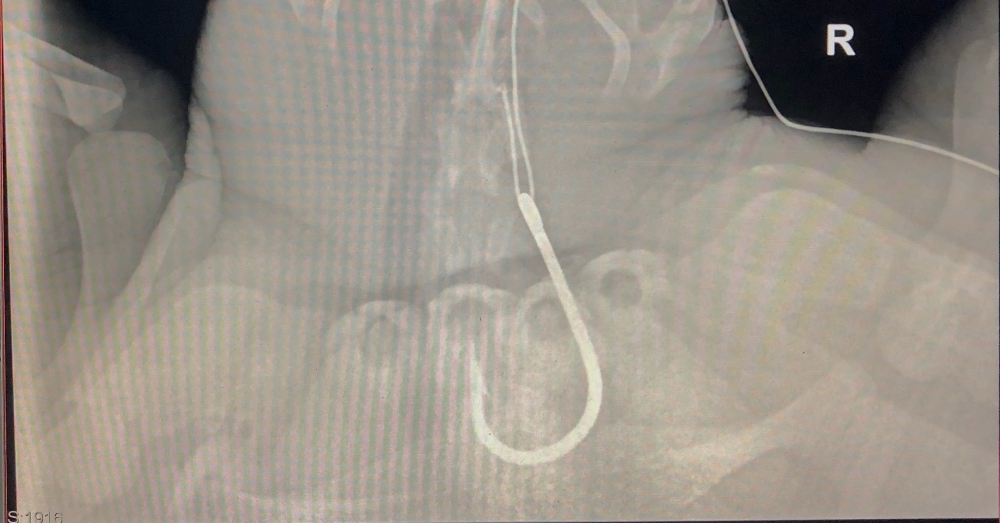 “He was started on a course of antibiotics and started on food two days after he recovered from surgery,” Terry told The Dodo. “He has been doing well and eating great since then.”

After a month of eating well in the company of his new human friends, staff decided Captain was healthy and ready to be released back into the wild. Crowds of people gathered on the beach where Captain and Louisiana, a fellow rehabilitated turtle who’d been struck by a speeding fishing boat, prepared to re-enter the ocean. 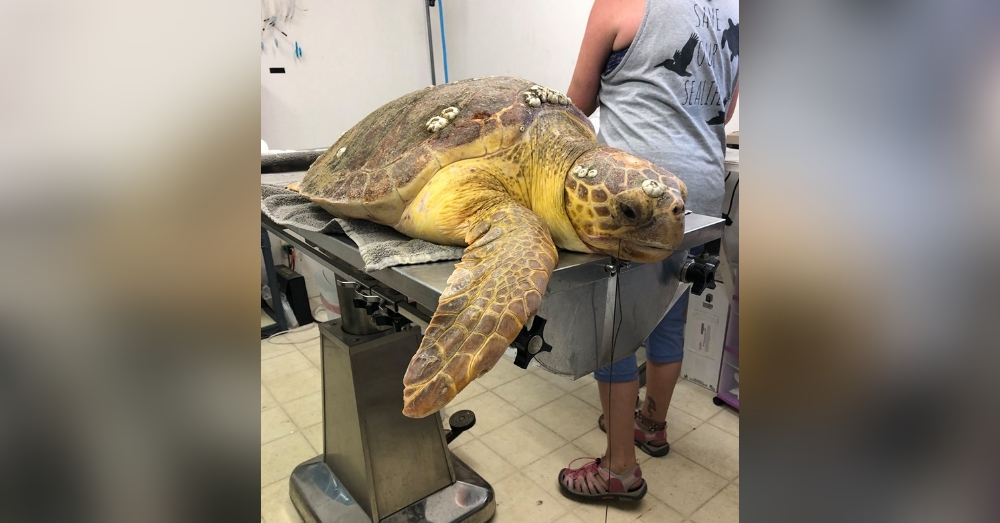 Volunteers escorted Captain to the shore, but they needn’t have bothered. Staff was tickled to see Captain was moving at top turtle speed. His little sea legs were itching to get into the water. 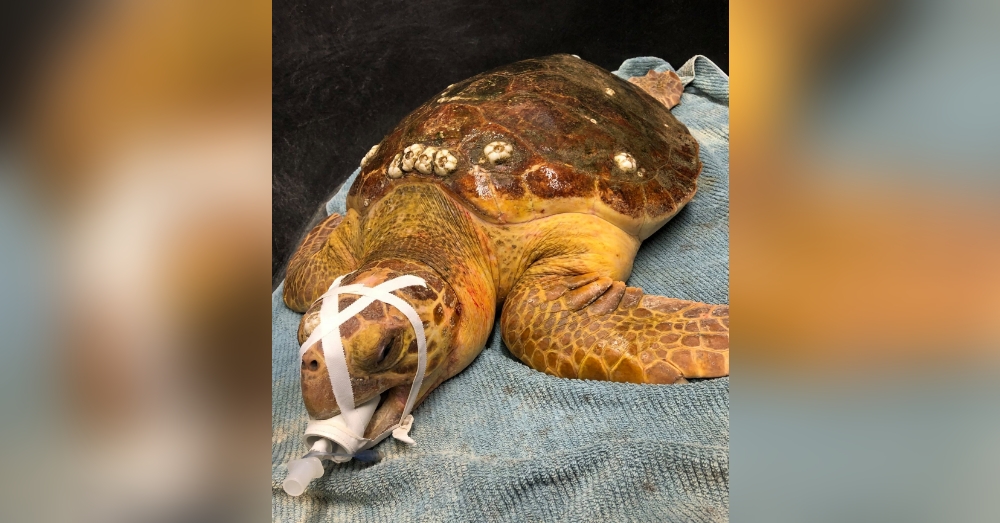 And as much as he was presumably grateful for the marine center’s stellar care, Captain didn’t think twice about diving into the water and swimming away. Staff were sad to see him go, but rightly proud to have helped an animal in need.