Cats are charismatic and continually entertain us with their antics. Sometimes don’t you wish that cats could talk so we would know what they are thinking? Well, one cat named Salem may answer all your questions, or at least make you laugh.

Salem the cat appeared on the television show, Sabrina the Teenage Witch, on which he was the star of the show. Although he was supposed to be a witch trapped in a cat’s body, we think that his thoughts are in line with many cats. Salem would make sarcastic and witty remarks that left the audience laughing out loud. His aloof personality combined with his love of food and desire for world domination portrayed the typical cat.

When Salem wasn’t using puns, he would give bad advice to Sabrina for his entertainment. The comic series ended but a reboot is about to air – The Chilling Adventures of Sabrina. The show would not be complete without the return of Salem. Let’s be honest, that is why we watched the show. However, there is a rumor going around that Salem the cat will not be speaking – hope that is not true. 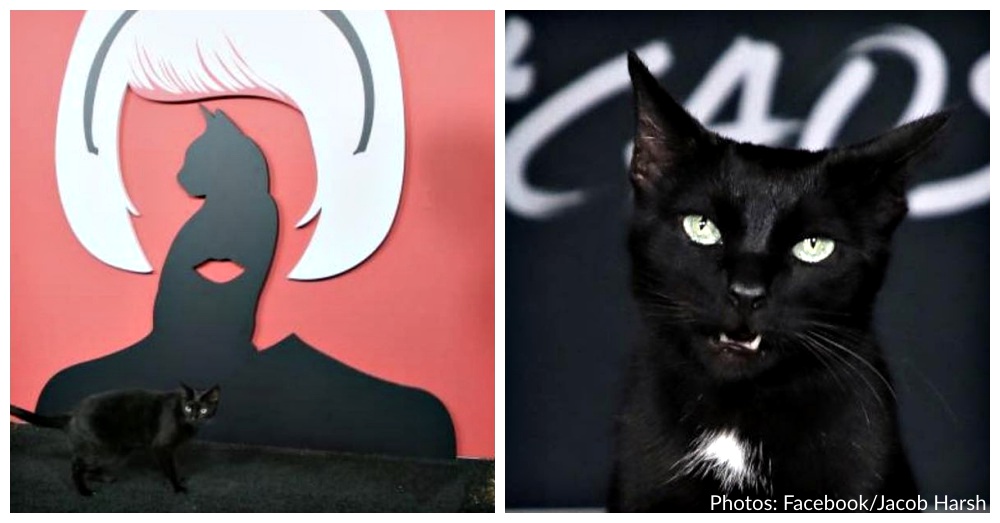 “I urge you to accept me as your ruler.”

The cat that is set to portray Salem hit the red carpet and posed for photos. The adorable black cat looks exactly like the old Salem and exudes confidence. When the news hit social media, people could not contain their excitement. One posted, “This is the best thing ever and don’t ever tell me any different.”

Another wrote, “This is obviously the best thing on your feed today since a cat is the focal point. Also, this drops on Netflix Friday!!!!!!”

Be sure to mark your calendars for the show premieres on Netflix, Oct. 26! Cat lovers this will be a show you will not want to miss.

Prepare yourself for the upcoming show with a collection of funny clips from Salem below.