As a flight attendant, Olivia Sievers often made trips to Argentina and back to her home in Germany. While in Buenos Aires, she came across a stray dog near her hotel, fed him, played with him a little, and went back to work.

For Sievers, it may not have been much, but this dog was intent on making an impression.

On her return trip to Buenos Aires, the dog was waiting for Sievers, and on trips after that. He returned to the hotel she was staying at and was just as eager for her arrival each time.

Sievers initially tried to avoid the dog but that proved tricky.

“I tried to change my way because I didn’t want [him to] follow me back to the hotel,” Sievers told Argentinian TV station Noticiero Trece. “But it was not possible. He always came back and followed me. I tried one hour, but he always watched me and followed me. He was really happy that somebody gave him attention.” 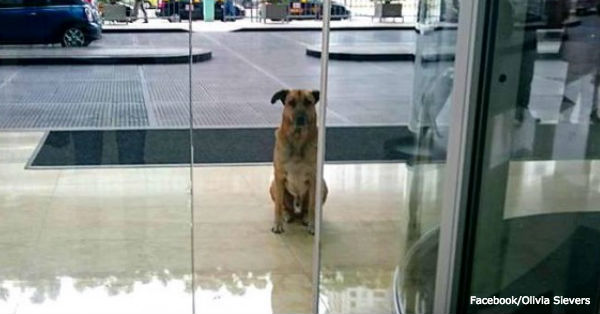 The two shared some time together and Sievers named the dog “Rubio.” She left him with a blanket from the airline to keep him warm and returned to Germany. But sure enough, even before Sievers next stop in Buenos Aires, Rubio was ready and waiting for his friend to make her landing at EZE.

The manager of Sievers’ hotel took care of Rubio for a short period before passing him on to a Venezuelan rescue organization that had even found an adoptive home for the dog. But it was only a matter of time before Rubio would run back to the hotel, waiting for Sievers to return. 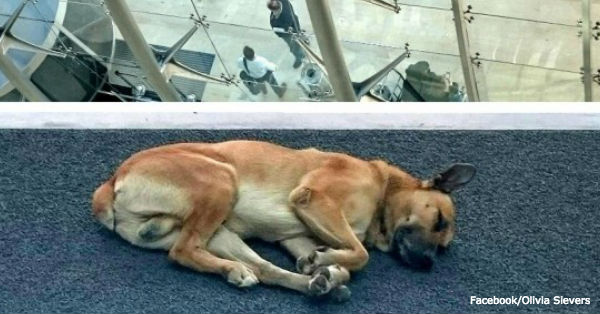 There was no avoiding it. The two were meant to be together and Sievers, happily accepting the responsibility, brought Rubio to a Buenos Aires veterinarian where he was given the necessary shots and cleared for take off on a non-stop flight back to Germany. Rubio was welcomed home by Sievers and friends in early August and has been enjoying his Northern Hemisphere life ever since. 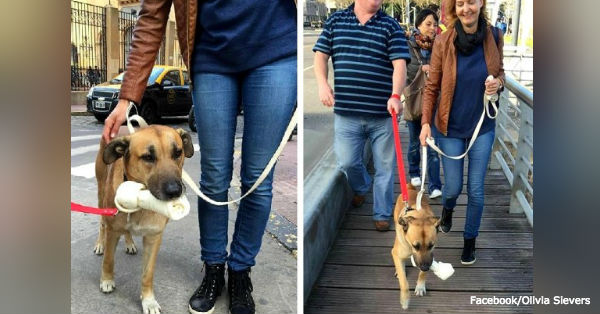 Stories like Rubio’s are rare but they do happen. Far from Argentina, when a young puppy wandered onto an American military encampment in Iraq, he became fast friends with the troops, especially former Army Specialist Ken Wyrsch. Follow this link to read more about what these two went through before reuniting years later!