Anyone who has a large dog knows that anything left on the counter is fair game, according to dogs. While most dogs will eat anything they can reach, a 6-year-old Rottweiler named Jakey guards her family’s food.

Jakey is an observant and sweet dog that noticed how much her family enjoyed bread and other baked goods. Then one day, roughly four years ago, Jakey made herself the protector of bread. Whenever the family leaves, the loyal dog finds the bread and hides/guards it.

“Whenever we leave the house, Jakey deems it absolutely vital for her to protect any bread we have in the house,” wrote Katrina Frank, Jakey’s mom. 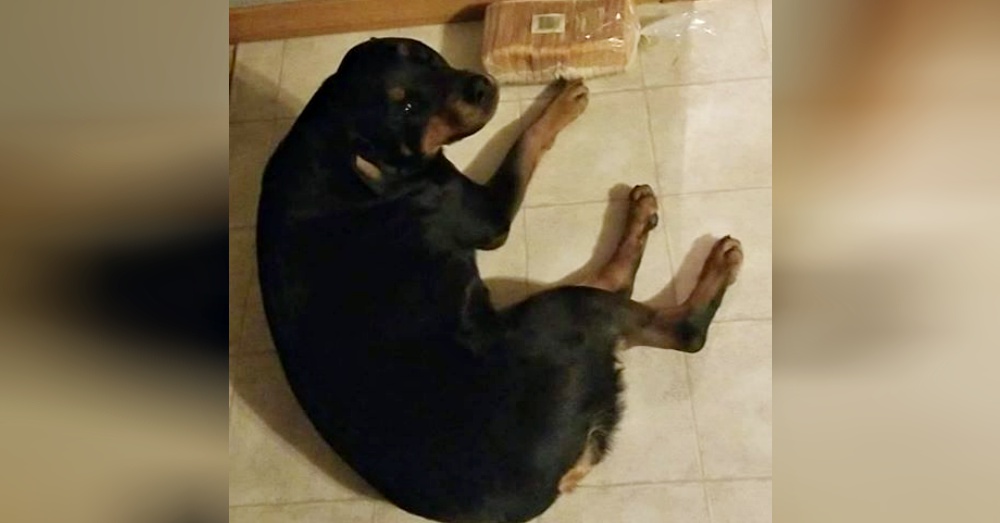 When the family returns they simply have to say, “Jake, where’s the bread?” and she leads them to it. The cycle continues every time the family leaves.

Shockingly, she has never taken a bite out of the bread or baked goods – she simply guards it until her family returns. No matter where the bread is, Jakey’s keen nose can find it. Frank told The Dodo, “We have a bread box so she likes to hop up and pull it out of there. If I leave it in the pantry instead, she nudges the door open and gets it out. I’ve put it in the refrigerator before and she has opened the door to get to it.” 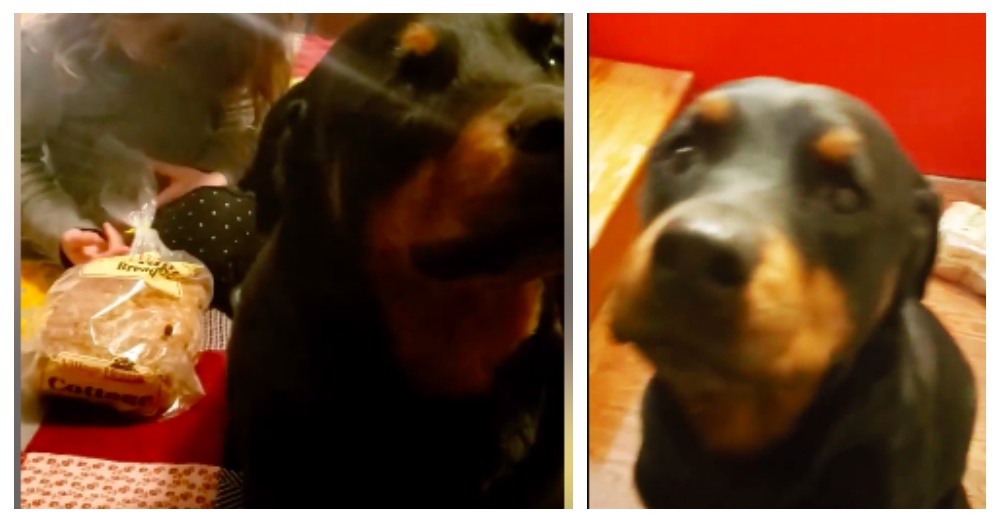 Jakey takes her job seriously and if no bread can be found, she will guard any baked goods. “If I’m out of bread, she moves on to baked goods,” Frank said. “Once she took a Tupperware of cookies off the counter and hid all 17 individually without breaking any. She led me to all of them.”

The other animals in the house don’t stand a chance at sneaking a bite. Jakey will rest next to the bread and scare off anyone that comes near. In a recent post by her mom, the resident cat, Nacho, attempted to investigate a loaf of garlic bread, but Jakey was there to stop it. 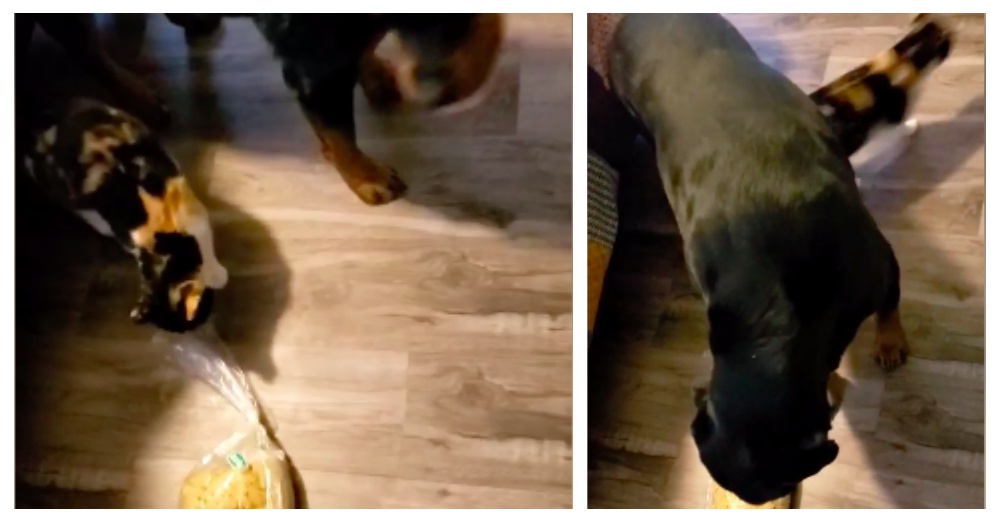 The bread protector always shows her family where she stashed their precious food. Frank said she thinks her dog started this behavior because, “she thinks it’s the most important thing to us because we use it so often.”

Just a few days ago, Frank posted, “Jakey the Bread Protector strikes again, without fail. Tonight she had to bring the bread all the way to the top of the stairs. Not sure what crazy business went on while we were gone, but clearly someone on the main level of the house must have been posing a threat to our carbs.”

Just another reason to love dogs. They see what we value as important and guard it with their lives, even if it’s just bread.

Rescue Dog Breaks Every Rule While Running Agility Course For The Last Time: Click “Next” below!