If Jesse Newton wanted to see what his floor would have looked like with huge brown lines across the floor, he could have used Microsoft’s new Paint app.

A Roomba and dog poop will work wonders in that area, too, and Newton found that out the hard way.

After waking up to the unexpected interior design, Newton diagrammed the damage and posted it to Facebook, which spread just as quickly online as it did across his floors and furniture. 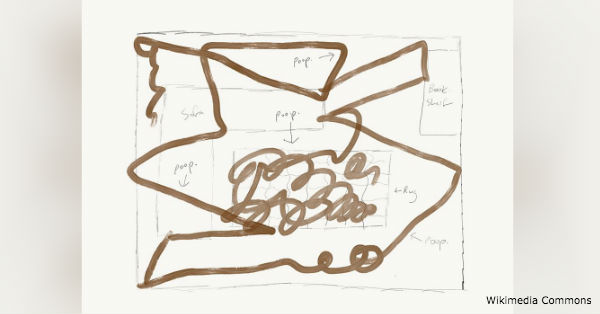 “Sometime between midnight and 1:30am, our puppy Evie pooped on our rug in the living room,” Newton wrote. “This is the only time she’s done this, so it’s probably just because we forgot to let her out before we went to bed that night. Now, if you have a detective’s mind, you may be wondering how we know the poop occurred between midnight and 1:30am. We were asleep, so how do I know that time frame?”

“Why, friends, that’s because our Roomba runs at 1:30am every night, while we sleep. And it found the poop. And so begins the Pooptastrophe. The poohpocalypse. The pooppening.”

Newton first caught a whiff of the damage when his 4-year-old child came back to bed at 3 a.m., smelling of poop. Following the scent and eventually relying on his other senses to confirm, Newton was led to the scene of the crime, and the Roomba that helped facilitate it.

After his horror subsided, the the coping process began to run its course. He washed his young boy and put him back to bed, then headed back to the living room to handle the rest of the mess. This was no easy task, though. Newton came up against dog poop-smeared resistance at every turn.

“So you clean the Roomba. You toss it in the bathtub to let it soak. You pull it apart, piece-by-piece, wondering at what point you became an adult and assumed responsibility for 3:30am-Roomba-disassembly-poop-cleanups,” he wrote. “By this point, the poop isn’t just on your hands – it’s smeared up to your elbows. You already heard the Roomba make that ‘whirlllllllllllllllll-boop-hisssssssss’ noise that sounds like electronics dying, and you realize you forgot to pull the battery before getting it wet.”

“Oh, and you’re not just using profanity – you’re inventing new types of profanity. You’re saying things that would make Satan shudder in revulsion. You hope your kid stayed in bed, because if he hears you talking like this, there’s no way he’s not ending up in prison.” 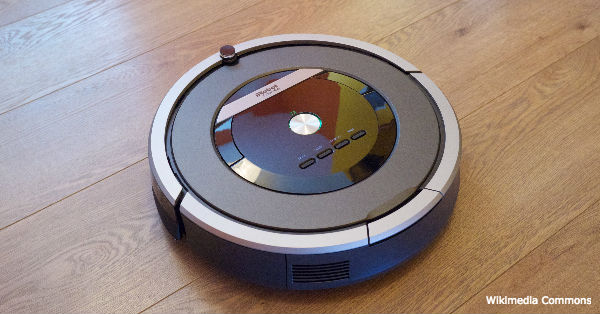 There was little hope for Newton’s rug, and it took four rolls of paper towel before the man realized the futility of scrubbing. The same engineering that makes the Roomba an efficient cleaner effectively make it an efficient dirtier as well. Newton would turn to all but flooding his living space with bleach water to loosen the dried dog poop and then a steam mop to finish the job.

It took Newton three hours to finish cleaning the house, and for that, his efforts were rewarded. Hammacher Schlemmer, where the Roomba was purchased, heard Newton’s story and offered a full replacement.

Newton’s dog is undoubtedly going to get a little more time outdoors from now on, but for many other dogs this summer, a lack of the same will have some dire consequences. As summer temperatures rise, so do the number of beloved pets lost to vehicular heat stroke. According to the American Veterinary Medical Association (AVMA), that number reaches the hundreds every year. Follow this link to read more about how you can help.