Outside of storybook legends, friendly wolves are few and far between. Those living in and around human settlements and large cities are often more scared than they are hospitable.

Still there are tales that stand out from the ordinary, and tales that ask us to consider the true nature of these dangerous yet beautiful creatures.

In the wilderness of Alaska, just outside the capital city Juneau, wolf sightings are all but uncommon, especially when Romeo was in town.

It was in 2003 that residents first started reporting stories of the jet black maverick who was as friendly with them as it was with local pets. They named him after the Shakespearian romantic hero, perhaps because he had absconded with their hearts, ironically foreshadowing the tragedy his story would later encapsulate.

Wildlife photographer and author of “A Wolf Called Romeo” Nick Jans was fortunate enough to see the wolf on several occasions. The story of how he, his wife Sherrie, and their yellow Labrador Dakotah met Romeo was published in Reader’s Digest.

“It was a twilit night in Juneau, Alaska, in December 2003, and Nick and Sherrie Jans were walking with Dakotah, their yellow Lab, in the Mendenhall Glacier Recreation Area not far from their house. Suddenly, a young black wolf appeared on the ice—and began running in their direction,” Daryl Chen writes. “Awestruck but scared, the couple watched as Dakotah broke loose and charged the predator, which was twice the size of the dog. The animals stopped yards apart and gazed at each other ‘as if each were glimpsing an almost-forgotten face and trying to remember,’ recalls Jans in his new book, A Wolf Called Romeo. After a few moments, Dakotah ran back to her owners, and the three hurried home, listening to the wolf howl.”

The Janses placed Romeo at around two years old then, and just as curious and playful as any other puppy at that age. Their novel new friend started to attract local attention however, as humans began to defer common sense for curiosity.

“There’s something sexy about getting tight with big, wild carnivorous things, and that aura sucked in all kinds of people and rendered addlepated a few who should have known better,” Jans wrote.

Romeo’s ad hoc ambassadors, the Janses, did all the could to emphasize the natural boundaries between wolves and humans, going so far as to chase him away from the road and other homes with snow. But they always found him returning to the same routine.

“On a typical winter day, he’d be in position before first light to meet the pre-work and early-morning dog-walking crowd, as if he’d punched a time clock; of course, he preferred his favorites, but in a pinch, others would do,” Jans wrote. 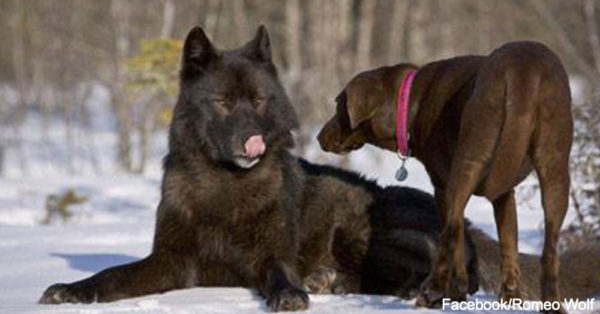 For the better half of a decade, Romeo roamed the Juneau tundra, thriving on his own, and enjoying the company of humans and other dogs when he felt like it. But growing public anxieties soon began to close in on the wolf’s freedom. Some felt, as a wolf, Romeo was categorically a threat to humans and animals in the area. Others felt he should be free to live as he had been.

Sadly, any decision to track or relocate Romeo was made too late. In September 2009, a black wolf thought to have been Romeo was shot and killed in Juneau by Park Myers III. Along with violating probation for a previous big game hunting violation, Myers III was charged with unlawfully taking big game by using a rim fire cartridge to take a wolf and unlawful possession of that wolf. He was sentenced on Nov. 3, 2010, to 330 days in jail, forced to pay $12,500 in fines, and his hunting license was revoked during the renewed three years of probation.

“The last year and a half we have gone through a lot,” Myers told the court. “What happened that day was not premeditated. I wish I could take it back. It doesn’t make it any less wrong but I don’t believe the wolf we killed was Romeo. He weighed 72-pounds.”

Juneau District Court Judge Keith Levy was forced to call for order to the court after Myers’ contrition was met with laughter.

“It was not a premeditated attack on anybody,” Myers continues. “I served seven years in the military to fight for people to have the rights they do. I have nothing against people who want to do what they do, for or against hunting. I am sorry I can’t take back what happened.”

According to the Juneau Empire, Myers’ earlier probation was related to incidents throughout 2009 and 2010, during which he and Jeffrey Peacock were investigated by Alaska Wildlife Troopers, the U.S. Forest Service, and U.S. Fish and Wildlife Service for the unlawful possession of game, bear bating without a permit, hunting in a closed area, and taking big game using unlawful methods. 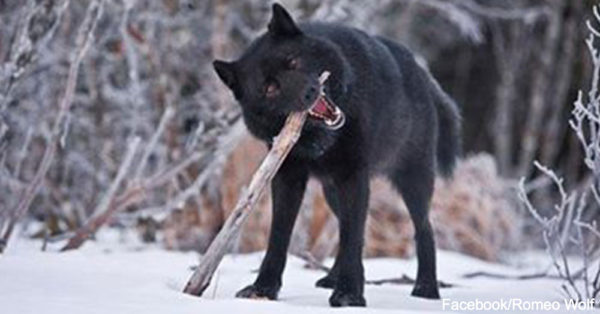 Romeo’s tragic tale may have played out differently had humans not been as accommodating to the wolf, prompting him to wander near people and pets so often. Myers’ remorse will not bring Romeo back, nor will hunting restrictions keep wolves from getting too friendly with the humans of Juneau. Still, District Attorney Doug Gardner made it clear after Myers’ sentencing that regulation must still play a role in drawing a line where there are weapons involved.

“I think it is important for hunters to understand this case is about being a sportsman,” Gardner said. “Alaska may be the last frontier but it is not a lawless frontier. The laws are there to keep people safe and make hunting fair for everybody.”

No Punishment For Wolf Poaching?

The Lookout Pack disappeared from the Methow Valley 70 years ago and was just rediscovered there in 2008. The first documented wolf pack in Washington in decades, a Methow-area family is likely responsible for destroying these animals for a simple profit.

Ask the Fish and Wildlife Service to look into the case of a family who illegally poached an endangered pack of wolves!
Make a difference