In central New York, there is an animal shelter that is being overrun by rats, mice, gerbils and guinea pigs. It seems as if over 300 of these small animals were found abandoned along the road by humane officers.

According to the SPCA of Thompkins County, the rodents were found huddled on the ground along two roads on Sunday. Those roads were in the towns of Dryden and Danby, near Ithaca. Many of the rodents had already died from various ailments associated with overcrowded cages and dehydration or from exposure to the elements.

UPDATE (11/19/19): We have found homes or rescues for most of the guinea pigs, gerbils and mice. If you are interested…

Posted by SPCA of Tompkins County on Monday, November 18, 2019

An investigator for the SPCA, Joe Hoffer said the animals were likely ‘feeder’ animals for reptiles and were being bred to be sold to pet stores. If the person who dumped the animals is caught, he will be facing several hundred charges. 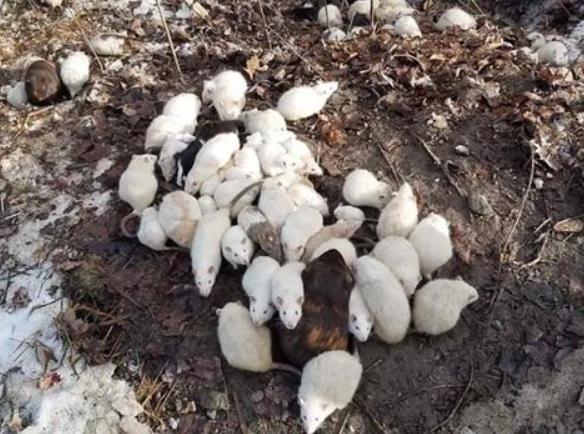 The SPCA is caring for about 200 surviving animals and they are reaching out to rescue groups for assistance.