Dogs look at their family as their pack and would never abandon them. People need to look at dogs as members of the family and not as disposable objects when life changes. A loving 3-year-old German Shepherd was dumped by his family because they found out they were having a baby.

The young dog named Rocco was hunched over and shaking like a leaf in the back of a kennel at Dallas Animal Services. His family abandoned him there and he did not know why. His sad eyes looked up asking ‘why am I here?’ to anyone who walked by. A shelter can be very stressful with all the unfamiliar smells, noises, and people. 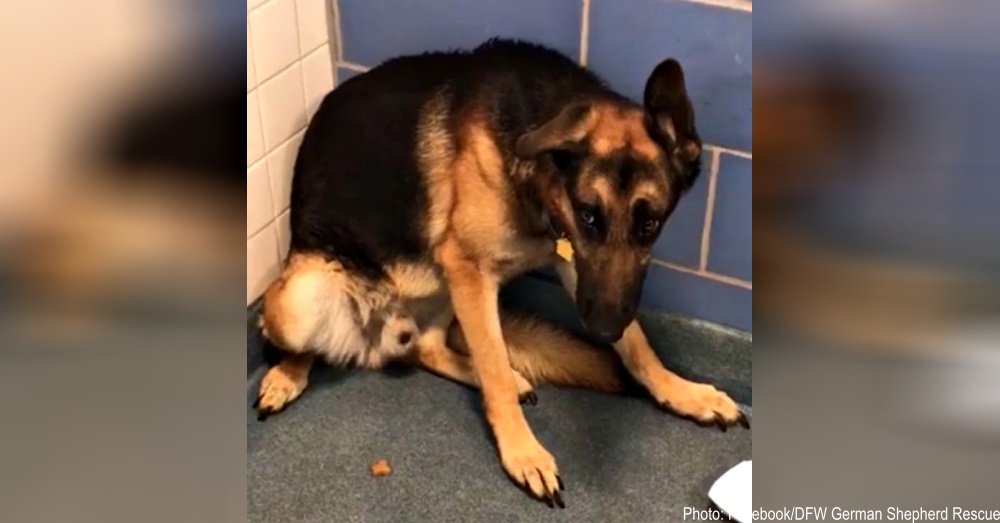 A woman visiting the shelter noticed Rocco trembling in fear, so she took a video and posted it online in hopes that a rescue group would take in the gentle dog. Preethi Pillaipakkam, a foster through DFW German Shepherd Rescue, saw the video and immediately went to the shelter to rescue Rocco.

“The shelter is certainly not the environment for a dog like Rocco,” Pillaipakkam told The Dodo. “He was very timid and scared to get into the car. He even hid beneath the seat in the car. He was pacing a bit and seemed very stressed.”

Rocco was underweight, weighing only 60 pounds. Pillaipakkam took Rocco home to relax and come out of his shell. At first, Rocco was very timid and confused as to where he was. Slowly, with the help of another German Shepherd in the home, Rocco started to play with toys.

“This is a giant step for Rocco who had completely shut down,” posted Pillaipakkam to an Instagram page made just for Rocco.


Hundreds of applications came pouring in for Rocco after his shelter video went viral. A lucky woman was chosen to be Rocco’s new mom. He will spend his days playing with another dog and cuddling with his new family. His new mom took over his Instagram page, so be sure to continue to follow it for updates on Rocco.


We wish him all the happiness in the world. Thank you to everyone involved in saving him.