Jennifer Vaz was walking her dog along the shore of Veterans Memorial Park in New Jersey early one morning. Molly, her 4-year-old Boxer, was alerted by something on the water’s edge. She peered over the wall and sitting in the sand in front of the large rock bulkhead was a black wire cage starting to fill with water. She was shocked at what she saw inside.

Inside was a one-year-old Pit Bull puppy cowering and whimpering in the corner of the crate. The tide had started to rise and water began to fill the crate. Vaz quickly proceeded in climbing over the railing to rescue the dog. “When I looked down, I saw these eyes looking back at me — these cute little puppy eyes all shivered up and scared,” she told WABC. “I couldn’t believe that this happened in our town and somebody could be this malicious and do that to that dog.” 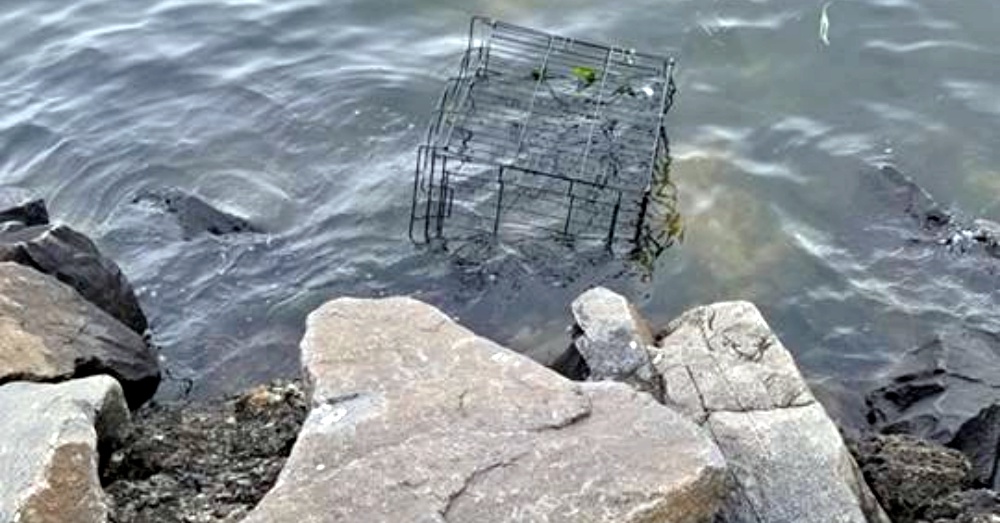 She decided to name the dog “River”. After rescuing the puppy, she contacted the Highlands Police Department, which called the SPCA and the prosecutor’s office. The Monmouth County Prosecutor Office is investigating and looking for the person responsible for the animal cruelty.

“When animal control arrived on the scene the cage was almost covered by the rising tide. If not for the heroic rescue act of the good Samaritan, the dog could have potentially drowned,” the prosecutor’s office said in a statement. 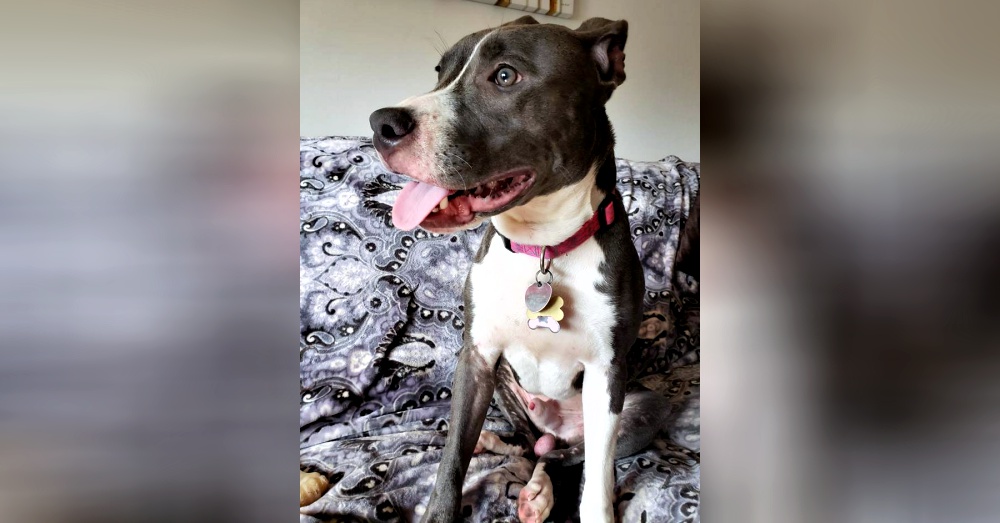 “Although River is a bit shaken up, he is in good physical shape and seems to have been well cared for,” stated Monmouth County SPCA. The SPCA is working with the prosecutor’s office to help find the person responsible. Anyone with information is asked to contact the police. They believe the dog was abandoned between 4am and 6am.

River is doing well and recovering at the SPCA. The good samaritan that rescued the handsome dog is in the process of adopting him and giving him a loving forever home.

Dog Survives Deadly Wildfires In Greece By Hiding In A Literal Furnace: Click “Next” below!