It’s no secret that circuses have a terrible record in regard to animal abuse, whether it’s elephants, big cats, bears, or any other animal forced to perform. When it was announced that Ringling Bros. and Barnum & Bailey circus would pull down its tents for the final time in May 2017, there was celebration from animal lovers everywhere. Feld Entertainment, the company that owned the circus, started making moves to find the animals new safe homes fairly quickly. But the most difficult group for them to find homes for were their tigers. Sanctuaries were full across the country, and there was worry about what would happen to the striped wonders. Finally, Feld found a solution, and it’s as shocking as it is vile.

Instead of sending their tigers to accredited sanctuaries to live out their lives basking in the sun and playing, Feld Entertainment applied for a shipping permit that would let them send 15 tigers overseas to a German circus! These tigers are simply going from a life of servitude here in the United States to a life of servitude in Europe.

“Documents obtained by CBS News show that Feld Entertainment, the parent company of the Ringling Bros. circus, has applied for an Endangered Species Act permit with the U.S. Fish and Wildlife Service to export 15 of its big cats to a circus in Munich, Germany, called Zirkus Krone.” – CBS News

Feld Entertainment applied for the shipping permit with the Division of Management Authority. The agency works to assure adherence to the Endangered Species Act in order to conserve and protect the populations of endangered animals, as well as to maintain their habitats. The list of rules that must be adhered to is extensive. Among the rules is that transports must be for scientific research, enhancement of breeding, or survival. There is always a chance Feld won’t be able to prove their case, but the likelihood is slim. 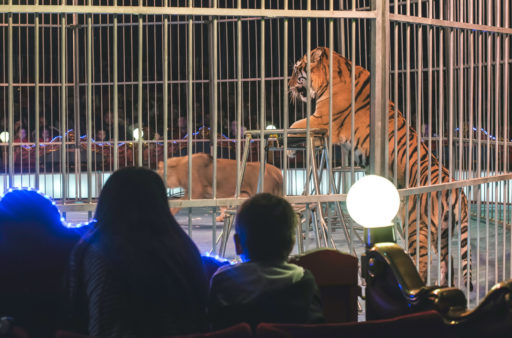 Part of the worry, according to Animal Legal Defense Fund attorney Tony Eliseuson, is that the process of getting the permit granted is simply a formality.

“What the service has done in the past,” Eliseuson said, “is that instead of having businesses prove that an import or export is going to benefit the species as a whole, they’ve allowed you to make a nominal donation to any kind of conservation group or purpose in exchange for rubber-stamping the permit.”

The purported “pay-to-play” system will likely end up with the permit being issued and the tigers being forced to perform again. While the permit applied for mentions nothing about circuses overseas, the tigers are returning to Germany, where they were originally purchased, and they’ll be in the hands of their long-time trainer, Alexander Lacey, from the circus. According to Feld Entertainment, they are “owned” by Lacey, so he is transporting them as an owner, not as a circus trainer or employee.

“First and foremost, these are Alexander’s cats,” Stephen Payne, a spokesperson for Feld Entertainment, told CBS News. “He has always owned them. His family has raised them for generations. He loves them. They’re like members of his family, so of course they’re staying with him. In fact, if you watched our final show, you’d have seen how much Alexander cares for these animals. It was really quite emotional.” 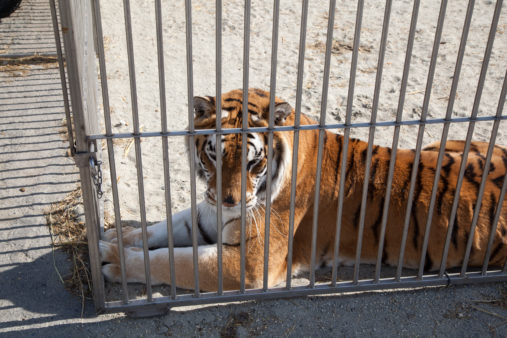 After releasing their elephants about a year and a half ago, it seemed like the Ringling Bros. and Barnum & Bailey circus was prepared to retire their animals respectfully. It’s tragic to see that more than a dozen tigers may end up performing once again, living a life of loud noises, terrible living conditions, and a lack of any comfort. While there isn’t much time before the Division of Management Authority rules on the permit, we will do what we can to prevent this tragedy!

The end of the circus means the end to more than a hundred years of animal cruelty. There is a great deal to celebrate about the closure, but there’s still work to be done. The fate of the animals so many rallied to protect is still up in the air. The only acceptable and “suitable” fate for these animals is for them to retire to accredited sanctuaries to live out their days.
Please sign the petition telling Feld Entertainment to protect the important creatures!
Make a difference!