Baby rhino orphans in South Africa got the best surprise this week! A big box of hand-knit quilts just for them! 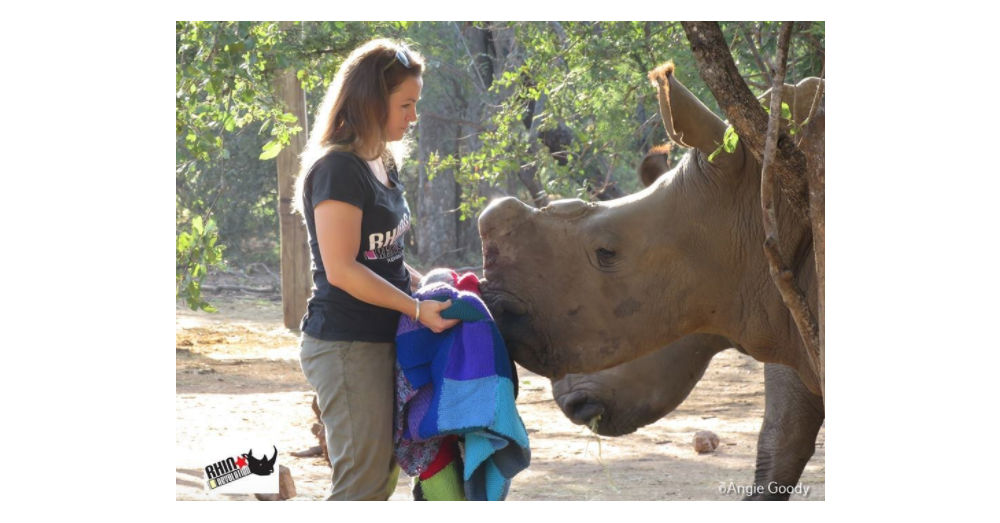 It may seem pretty trivial, BUT the blankets do play a vital role in caring for the orphan baby rhinos. The quilts regulate body temperature and keep wounds clean from infection. They also provide a comfort that these babies desperately need and deserve!

A volunteer from Rhino Revolution, named Angie Goody, drove five hours to pick up the box and hand-delivered it to five deserving orphans.

A veterinary nurse at the rhino orphanage, named Natalie Rogers, told The Dodo: “The babies were very interested in these blankets. The new material was something new to them, and they had a huge interest in the new smells and gave them a good sniff.” 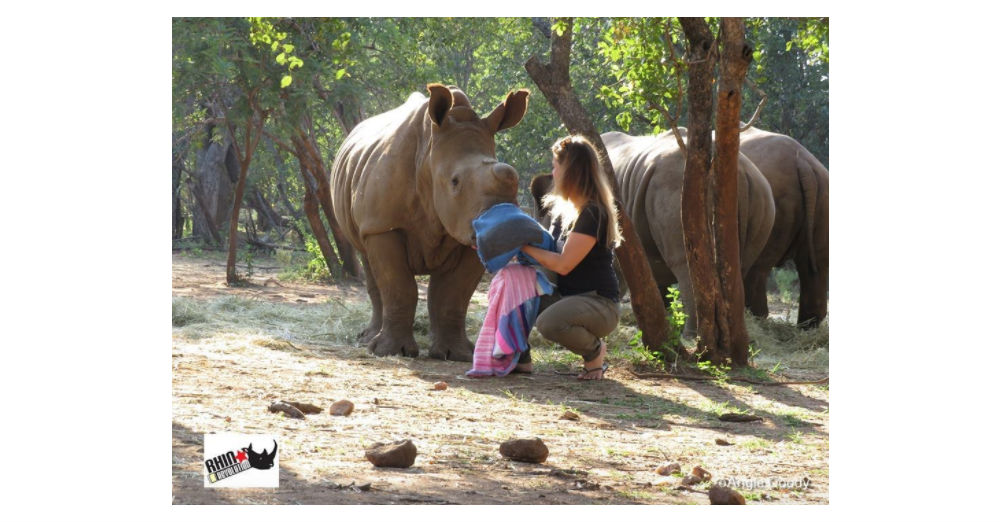 Some of the rhino orphans are a bit big for the blankets but they will be used for future orphans that are sure to come in. Poachers, unfortunately, aren’t stopping their practices anytime soon.

“The babies who will be wrapped in these blankets are likely to have been through the worst possible trauma after losing their mothers. In the war against poaching, kind gestures such as these are vital in supporting the rehabbers on the ground,” Roger added. 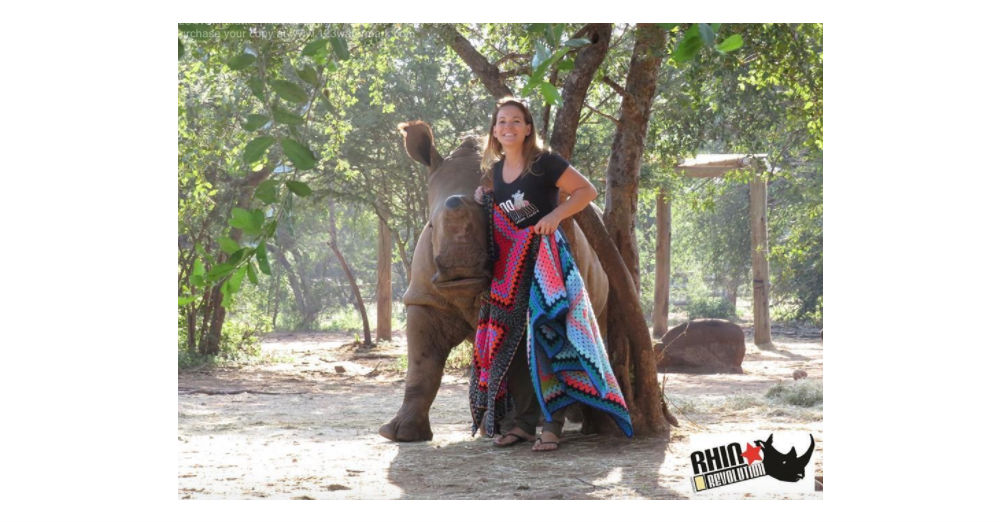 Sadly, poaching plays a part of their everyday life, still. In nearby orphanages and sanctuaries, poachers have broken in and killed young rhinos for their horns. To prevent future tragedy at Rhino Revolution, even the youngest orphans have been de-horned.

There is still an ongoing battle that threatens their lives daily. Thankfully, there are groups out there like Blankets For Baby Rhinos, and orphanages like Rhino Revolution, that are doing all they can to keep the orphans safe and warm.